Home Health & Wellbeing NACA Sues for Closer Ties with NHIS
Share
WhatsApp
Facebook
Twitter
Email
Google+
Pinterest
Linkedin
ReddIt
Print
Tumblr
Telegram
StumbleUpon
VK
Digg
LINE
Viber
Â
Martins Ifijeh
The National Agency for the Control of AIDS (NACA) has sought to increase ties with the National Health Insurance Scheme (NHIS) in order to integrate HIV/AIDS services into the Health Insurance Scheme.
The move towards actualisation of the programme was made known at a Stakeholders Consultative Meeting on Integrating Comprehensive HIV/AIDS services into Health Insurance held in Abuja, recently.
Objective of the meeting sought to discuss the concept of Health Insurance inclusive of Comprehensive HIV/AIDS services.
Speaking, the DG NACA, Dr. Sani Aliyu said that it was important that patients are able to access treatment and that the agency was looking at all kinds of interventions that can help improve HIV/AIDS services in the country.
He further noted that at the moment, 75 per cent of HIV/AIDS response was funded by international donors while 25 per cent was funded by the federal government and to this, he said the country needs to take ownership, hence the need to incorporate the services into the National Health Insurance Scheme.
â€œIt is very important that we make HIV/AIDS treatment as simple as possible for patients to access and maintain treatment for life.The coordination between NACA and NHIS will seek to enable people who already pay into the NHIS to also access testing and treatment services at a very low or no cost,â€ the DG stated.
In his own remarks, the Executive Secretary, NHIS, Dr. Usman Yusuf, said he remained passionate in the collaboration to ensure that HIV/AIDS services are incorporated into the insurance scheme. He noted that every citizen in the country deserves quality healthcare delivery and HIV/AIDS services are also a key aspect in the health sector that needed to be tackled via all available means and resources.
It was gathered at the meeting that recent developments in the cost of non-generic ARVs has seen prices crashing. This has led to a reduction in the perceived fear of high risk associated with HIV/AIDS and the cost of ARVs and these project the incorporation of HIV/AIDS services into the NHIS achievable.
Giving her goodwill message, Dr. Ojobo Cecilia, Commissioner for Health in Benue State lauded the move by NACA stating that, such high stakeholder meetings will put the country on the driving seat to own its funding of HIV/AIDS response. She noted further that such infusion is certainly an investment worth doing and called on all state governments to ensure that such a feat is actualised at the state level.
The meeting had other relevant stakeholders from the civil society organisations and the health sector in attendance to focus on health insurance as one of the viable financing mechanism that should be adopted by states to meet the 90-90-90 targets for HIV/AIDS. 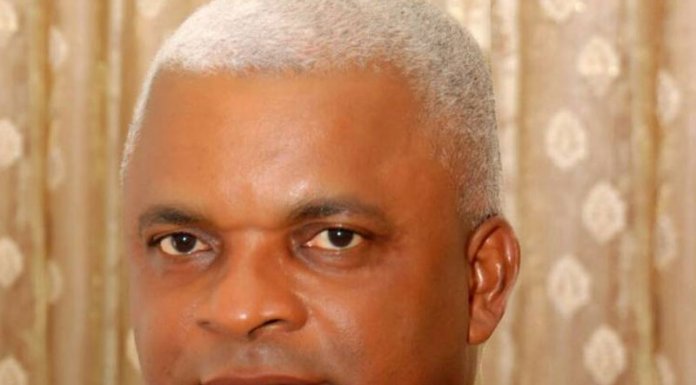