The 66 freed inmates are among the 2,789 awaiting trial inmates at the prison which has a capacity of 1,700.

Justice Atilade who originally intended to free only 35 inmates, later increase the number to 66 after prison officials prevailed on her to consider other inmates in other to decongest the heavily populated prison.

Admonishing the freed inmates to go and sin no more, the chief judge said the only way to reciprocate the gesture is for them to henceforth live a good life and be of good conduct.
She said the objective of the exercise is not only to decongest the prison but also to ensure that the freed inmates are truly reformed.

â€œYou are hereby released from this prison today May 9, 2017. Go and sin no more.
â€œOur visit to the Kirikiri Medium Prison is to ensure the reduction of awaiting trial inmates and to make sure that cases are dispensed with judiciously and within the permissible time frame.

â€œThe purpose of this visit is not only to decongest the prison but to ensure that the prisoners will also be functional to the society.

â€The impact of this exercise can only be felt when you the beneficiaries of this amnesty gesture show that you are truly reformed. I wish you the very best and you should see this as an opportunity to start afresh.

â€œI hope that they have learnt substantially from their previous mistakes and as they are granted amnesty today, I hope that as they are reintegrated into society, they will not do anything that will bring the them back to the prison,â€ she said.

Atilade, also thanked Justice Oluwatoyin Ipaye, the Chairperson of the Prison Decongestion Committee, the Office of the Public Defender (OPD), the Nigerian Bar Association (NBA) and other non-governmental organisations (NGOs) for their painstaking efforts in making the exercise a success.

Earlier in his welcome address, the Deputy Comptroller of Prison, Yomi Oluwaniyi, the Officer-In-Charge of the Medium Prison, thanked the chief judge and her entourage for the visit.
Oluwaniyi decried the deplorable state of prison, saying the facility is in dire need of new structures and vehicles.

â€œYou may wish to know that the resources and facilities of this prisons is seriously over stretched. We are doing everything possible to manage the challenge but we are appealing to your lordship to use your influence to prevail on the Lagos State Government to build two more structures for us here.

â€œWe also need about two Black Maria to help us with the challenges of transporting inmates to various court where their matters are been handled,â€ he said.

â€œWe would like the chief judge to use her influence to ensure that two additional buildings are constructed in the prison to accommodate the inmates as there is no way that the population will reduce anytime soon.

From the prison notice board, the current number of inmates in the facility is 3,326. While 537 are convicts, 2,789 are awaiting trial. 53 are detainees, 51 are lodgers while nine have been released after fine payment. 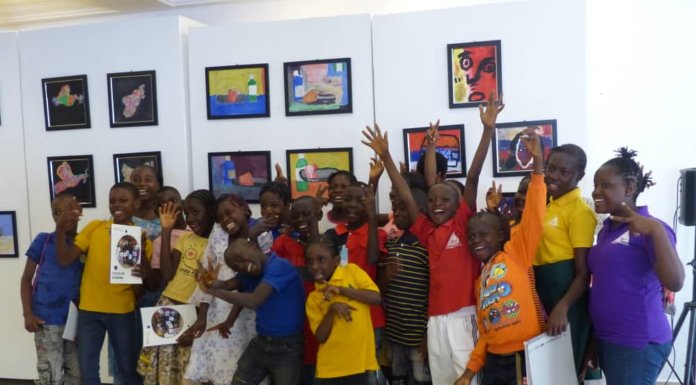