Integrated Logistics Services Nigeria Limitedâ€™s (Intels) dominance of the nationâ€™s oil and gas logistics business at the ports has ended with President Muhammadu Buhariâ€™s approval of a policy review, which guarantees the right of importers to choose terminals or ports of their choice for the discharge of their cargo.

The president also approved the Onne Oil and Gas Free Zone Terminal in Rivers State as a multi-purpose cargo terminal, saying its non-designation as such previously did not in any way legally obstruct or compromise the operations of the free zone for all cargoes, including oil and gas.

The letter was obtained exclusively by THISDAY from sources in the presidency.
Intels, previously NICOTES, which among others, was granted a concession to operate terminals at the ports has dominated the business to the consternation of other operators who accused it of running a monopoly with the connivance of senior government officials, particularly at the NPA.

Its most evident stranglehold was in oil and gas logistics services, which it claimed to have an almost exclusive concession over, as most cargoes in that sector were directed to its terminals for discharge by government agencies saddled with the responsibility of regulating port operations.

Many other operators, including Josepdam that was formed in 2006, and in May that year got a concession from the federal government to handle bulk and general cargo, complained loudly about what they termed Intelsâ€™ monopoly of the business.
So loud was the agitation that shortly after she took over in September last year, Usman promised to institute a policy reform that would end the said monopoly.

She would seem to have delivered on her promise, setting up a policy reform committee whose recommendations were approved last month by the president.

Entitled, Conveyance of Presidential Approval â€“ Re: Report on Concessioned Terminals in the Ports, the letter read: â€œFollowing a review of the Federal Government of Nigeriaâ€™s (FGN) policy directive over the years in respect of the concessions and applicable legal regime by the Office of the Honourable Attorney General of the Federation and Minister for Justice, touching upon reform initiatives and implementation as a veritable mechanism for the development of the maritime industry, investments made to date, general global practice in designation of terminals, right of importers to choose terminals or ports for discharge of their cargoes, streamlining of shipping and other fees, His Excellency, the President of the Federal Republic of Nigeria, has conveyed approval on 21st April, 2017 to the Honourable Minister of Transportation on the final position in the following terms:

â€œFGN remains guided by the general global practice in the designation of Terminal/Ports operations into three broad categorisation of bulk cargo, container cargo and multipurpose cargo. Accordingly, the FGN rejects the categorisation of oil and gas multi-purpose cargo terminal, as this is alien to the relevant concession agreements and inconsistent with global shipping practices.
â€œThe non-designation of the Onne Oil and Gas Free Zone as an â€˜Oil and Gas Multi-purpose Cargo Terminalâ€™ does not in any way legally obstruct or compromise the operations of the Free Zone as an Oil and Gas Free Zone, but rather, it merely indicates that all cargo including oil and gas can be discharged at the terminal.
â€œFGN reaffirms past presidential directives that all importers are free to choose any terminal or port for the discharge of their cargoes, subject to the presence of all requisite regulatory agencies at such ports as required by extant regulations and in line with its policy of promoting competition and value for money. Consequently, any policy that designates certain ports by cargo type is cancelled.

â€œThe Nigerian Ports Authority and the Bureau of Public Enterprises (BPE) are to streamline the payment of shipping and other fees at various terminals in a manner that ensures such fees are based on cargo type rather than on the basis of designation of terminals, to ensure that there is no loss of revenue due to FGN based on terminals that importers choose to bring cargoes into the country.â€

Industry watchers said on Sunday that the policy shift would bring smiles to the faces of over 170 operators whose businesses had been forced to close shop owing to the diversion of oil and gas cargoes to Intelsâ€™ terminals on the grounds that they were designated as an oil and gas terminal.

Intels won the bid for the concession of operation of port terminals, including the Onne Oil and Gas Free Zone in Rivers State, following the implementation of the port reforms and concessions initiated by the federal government during the Olusegun Obasanjo administration.

The exercise, which was supervised by the BPE, divested the management of the NPA of the day-to-day running of the terminals as well as cargo handling.

Largely owned by an Italian, Mr. Gabriel Volpi, with former Vice-President Atiku Abubakar as another major stakeholder, Intels had used its presence of more than three decades in the industry and huge financial muscle to crowd out other players who were too weak to resist its dominance in the face of the preferential treatment it enjoyed from key government officials and regulatory agencies.

Atiku, THISDAY learnt, is believed to have sold down his interest in Intels to former Lagos governor, Bola Tinubu.

It was a matter of time before other stakeholders staged a revolt, which steadily came to fruition late last year when the new administration under the watch of Usman harkened to their cries and instituted a policy review that got the presidential nod last month. 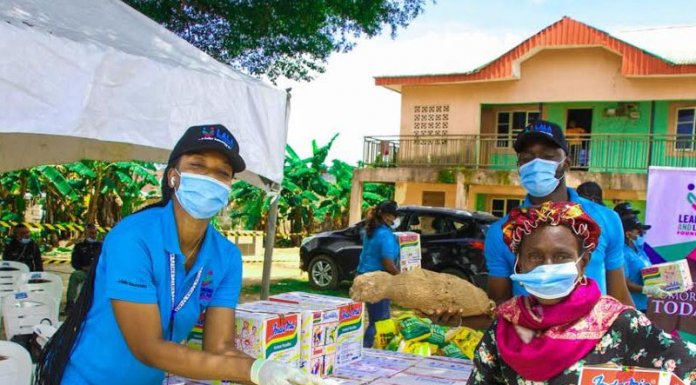