Jodie Frank, an American and the founder of Jacco Charity International, did the unusual when she brought gifts to underprivileged children at the Gbuduyi community in Kabusa, Abuja, to celebrate her birthday. Olawale Ajimotokan who covered the event, reports

Gbuduyi is a sleepy and small agrarian community in Kabusa, Dakwo District that presents an outlook that is quite reminiscent of a village. It is totally different from the adjourning communities of Lokogoma and Apo where developers are putting up estates to be sold to government and private businesses employees.
There exist only private schools in the village which most parents can hardly afford, prompting them to send their kids to the public schools in Kabusa, about five kilometres away. Medical facilities also are considered a premium in the district as the only hospital that serves the entire community is private owned and does not have enough drugs in stock.
But in a rare gesture of kindness, Miss Jodie Frank navigated the bumpy, narrow and dirt filled road to Gbuduyi to present foods, drinks, toiletries and gifts to the children of the community to celebrate her birthday.
The children, some accompanied by their mothers, gathered under a mango tree that provided shade from the overbearing sun in the place locals call â€˜â€™Bakassiâ€™â€™ to mingle with Frank, who is an offspring of an American mother and a Nigerian father from Abia State.
â€œIt is my birthday and I want to celebrate with the children in the local community. I want to identify with them, show them some love and support them in any way I can in my capacity and whatever way I could. I just want to give out and I really thank God for adding another year-to me,â€ Frank said.
Her kindness was lauded by the head of the Gbuduyi community, Chief John Pada, who sent an emissary, Titus Peter Jukura, to represent him at the occasion.
Pada appealed to more good spirited individuals to emulate Frankâ€™s attitude by bringing joy and developments to the people as well as impacting on children.
â€˜â€™It is a thing of joy. I will be happy if we can get more of this in this community on constant basis. I wonâ€™t mind if this happens weekly,â€™â€™ Pada said.
Frank established her charity in March 2012 to offer community services to the poor in Africa, provide free relief materials, mosquito nets, blankets, free medical outreach and support back to school programme.
The platform has allowed her to travel extensively in Nigeria, particularly, the in FCT and the North-east region where many years of insurgency has left many without home and made many children to be out of schools.
Â Apart from outreach in Mpape, Lungu and Kado Kuchi communities, children have remained the defining theme of her charity which has nurtured back to school programmes to ensure that children, who are not privileged, are able to go to school because knowledge is power. She said on the whole, the foundation has touched over 1,500 children in Nigeria.
â€˜â€™It is a gradual thing. As we move forward, we hope that we should be able to make an impact. We are trying to reduce some level of poverty in the country which is pretty high. We can always do our best in that regard. I want to use this medium to call on all well-meaning Nigerians and NGOs to aidÂ community development efforts because a whole lot of children are out here without cloth, walking on bare feet with nothing to eat, not to talk of next meal they will have.â€™â€™
Frank claimed that her foundation, that has an office in Garki 2, Abuja, has currently helped about 280 kids to get back to school in the FCT, saying that there are records, names, data and paper works to support the claim.
The African-American stressed that the main drawback Nigerian children encounter include lack of care and support that literally leave children on the streets, to fend for themselves. She said the development exposes children to molestation, rape and assault.
She said her funding is sourced from international donor agencies and few individuals who have been giving support to her cause which said has gulped a whole lot of money and in need of more in support of children.
With a profile of working with children, Frank is already thinking of partnering the Nigerian Police Force, on how her charity can take care of the girl-child in the local region, while youth-orientated programmes are also in the pipeline in Rivers and Kogi states.
She also added that the charity is working to get into partnership with the federal government through the Office of the Chief of Staff, saying that achieving that will take a little while to follow certain procedures.
Frank said that it has been extremely challenging pursuing what she believes in, while also adding that because of the challenges of charting an unusual cause, there have been instances where she felt like giving up.
â€˜â€™We have been in existence since 2012 and till date been single-handedly impacting on children. It was until recently that we started getting some donors to partner with.Â  We need help from other agencies and the ministries and hopefully we will get some response because we canâ€™t do it alone. We want to educate children so they can fend for themselves. One of the best things we have done so far and passionate to be involved in is back to school programme which a whole lot of children have benefitted from and will still benefit from. So it is just a whole lot and it takes the grace of God, if not you will not be able to do it. Sometimes, I say God what is happening-I am really tired-you know.â€™â€™ 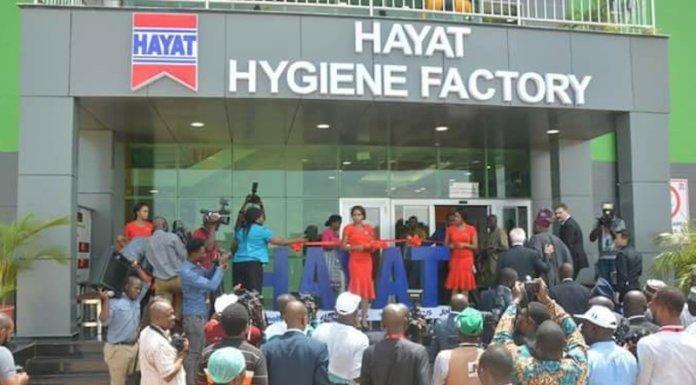