Hammed Shittu in Ilorin
The Senate President, Dr. Abubakar Bukola Saraki has reiterated his commitment to see to the completion of the proposed Muhammad Kamaldeen University, Ogidi, Ilorin, Kwara State.

He said the project, the brainchild of the founder of Ansarul Islam Society of Nigeria, late Sheik Muhammad Kamaldeen Habeebullahi Al-Adabiy, was precious to him and he would do all he could to bring the lofty dream of the revered Islamic scholar to fruition.

Saraki disclosed this weekend in Ilorin shortly after his installation as Baba Adini of Ansarul Islam Society of Nigeria, as part of activities to commemorate the 49th delegate’s conference and 75th anniversary of the Islamic organisation.

The former Deputy Governor of Lagos State, Hajia Sinatu Aderoju Ojikutu, was also installed as Iya Adini of the society at the ceremony held at the open field of the proposed Muhammad Kamaldeen University.
Saraki, who eulogised the vision of late founder, said the project was one of the legacies left behind by the scholar. He said the cleric was passionate about education, an urge which prompted him to start the proposed varsity.

The Senate President, who noted that the project was a huge task, said it was his desire to commission the University soon. He congratulated the leadership of Ansarul Islam group on the anniversary, saying the society has attained an enviable height.

In his sermon, the National Ansarul Islam Society of Nigeria, Sheik Abdulmumin Ayara, said the institution was conceived not knowing that it would take time to realise, adding, “Funding remains a major factor that has caused setback to the realistion of the project, I urge well-meaning Muslims to support it.”

The event was attended by the Emir of Ilorin, Alhaji Ibrahim Zulu-Gambari; Speaker of the Kwara State House of Assembly, Dr. Ali Ahmad; a Chieftain of the All Progressives Congress (APC), Alhaji Abubakar Kawu Baraje; Khalifah Al-Adabiy, Sheik Ahmad Olayiwola Kamaldeen and other eminent personalities.
In another development, the Senate President, Bukola Saraki has awarded scholarship to two brilliant Kwara students to study advanced science and engineering courses in the Peoples Republic of China. The awardees are Mr. Abdulkadir Habibulah and Miss Aliyu Muinat Ajoke.

Speaking at the presentation of their letters of scholarship and admission in Ilorin recenly, Saraki said he is committed to the growth of education so as to move the state and Nigeria forward.
Saraki, who was represented by the Kwara State Publicity Secretary of the All Progressives Congress (APC), Alhaji Sulaimon Buhari, said the importance of education to the socio-economic development of any society cannot be over emphasised.

“The desire to award the scholarship for the students to study in China is to encourage excellence and to add value to the educational growth of Kwara State. I want to say that this is the first batch of the scholarship award and more are still coming so as to improve the academic excellence of Kwarans.”

He added that he has invested a lot in the educational needs of the people of Kwara Central Senatorial District since his election into the upper house, especially by organising JAMB coaching for the students, purchasing of JAMB forms, payment of NECO and WAEC examination fees, among others.

He stressed that his investment is not only for the students of Kwara Central Senatorial District, but cuts across all parts of the state.
Saraki advised the two beneficiaries to take their studies seriously and to be good ambassadors of Kwara State and Nigeria so as to excel in their chosen careers. 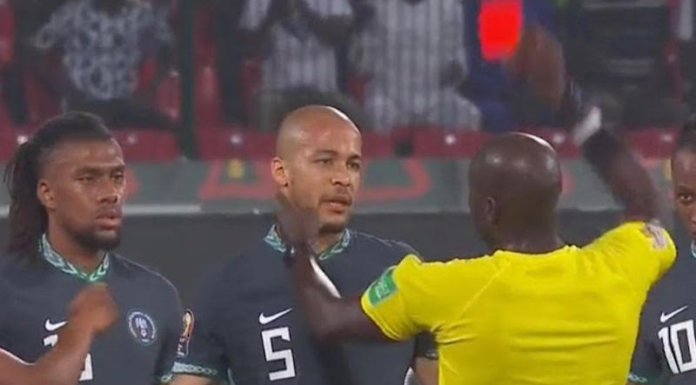