Victor Ogunje in Ado Ekiti
Following criticisms by Governor Ayodele Fayose that some looters were allegedly hiding stolen funds in Aso Villa in Abuja, the All Progressives Congress (APC) has said no amount of blackmail will derail the anti-graft war being waged by the party at the federal level.

The party stated that Fayose’s tantrums against President Muhammadu Buhari was geared towards shielding members of the Peoples Democratic Party (PDP) from being made to account for the money they allegedly looted under President Goodluck Jonathan-led government.

The Deputy Chairman of the party in Ekiti State, Mrs. Kemi Olaleye, said this in Ado Ekiti on Tuesday while receiving some gift items from a governorship aspirant, Kayode Ojo, at the party’s secretariat.

Fayose had on Monday accused some Buhari’s confidants and top members of APC of stocking looted funds in Aso Villa to prevent them from the eyes of the Economic and Financial Crimes Commission (EFCC), describing this scenario as selective and provocative.

Olaleye, who described Fayose’s allegation as baseless and spurious, said: “Ordinarily, I would not have dignified Fayose with a response, but for the purpose of clarity, his noise was targeted at derailing the war against corruption.

“How can Fayose accuse anybody of corruption? In Ekiti State, he is the Finance Commissioner, the Accountant General, in fact, he is acting like all-in-all. He is afraid of being dealt with after leaving office, hence he has resorted to blackmail and diversionary tactics.

“We are solidly behind Buhari’s government in his war against corruption. Nothing can derail our fight against corruption, because we are determined to deal with corruption squarely. So, this is just a noise to distract Buhari,” she stated.
Olaleye assured that the primary to pick candidate for the 2018 poll would be credible, free and fair and devoid of imposition.

Presenting the gift to the party, Ojo promised to do more to palliate the sufferings of the APC members, who are now in opposition in the state.
Ojo, who was represented by former commissioner in Ekiti State Universal Basic Education Board, Mr. Richard Apolola, added: “We are going to win and make the state proud if given the ticket of the party.

“Apart from that, all the party members will be treated equally, because I don’t believe in segregation or division among party members. As an aspirant, I am to serve as a rallying point for all and not to cause unnecessary cleavage that can affect our chances in 2018.”
Ojo pledged more supports for the party, urging his contemporaries to uphold party supremacy and act within the ambit of the party’s laid down rules for the primary to be a success.

editor - June 12, 2021 6:23 am
48
PENDULUM  BY DELE MOMODU Fellow Nigerians, if I had any iota of hope or expectation left in me that our President, Major General Muhammadu Buhari... 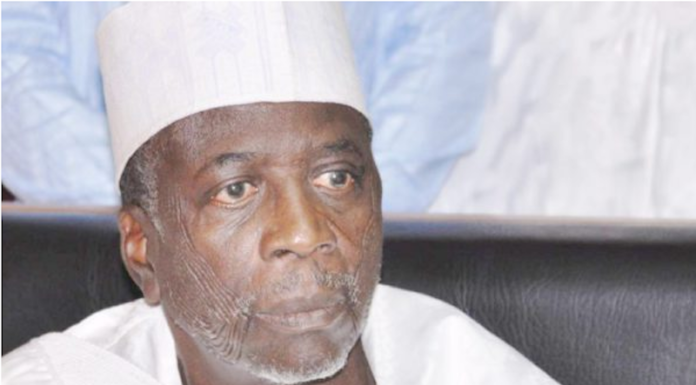