The president Nigeria Institution of Estate Surveyors &Valuers (NIESV), Dr. Bolarinde Patunola- Ajayi has called on the Federal Government to diversify and embrace the real estate sector to combat recession. He said the nation has not succeeded in unlocking the wealth in the sector noting that it is the only robust solution to grow the economy.
He spoke to select reporters in his office in Lagos on how the economy can be diversified and imperative of the real estate sector. He said it is about the only lasting solution to grow the nation’s economy.

He said, “Real estate business is about management of all land resources which give the support for all activities of man. Every business is done on land, human life and basic needs are dependent on land; hence Nigeria must pay attention to real estate, except we are not prepared to come out of our economic woes. Real Estate investment is the pedestal for economic development and growth, and many developing nations that understand this like Singapore, Dubai, and others have seen the positive impact on their economies, he added.”

There is effective demand in the real estate sector; developers only need to seek the consultancy services of estate surveyors and valuers to know which type of real estate should be developed in a particular place.
He wondered why the government thinks the economy can only be diversified through agriculture and film and fashion industry rather than the real estate sector.

According to him even the focus on agriculture is not well handled to ensure a stable development because government has refused to do sufficient work on the survey of every parcel of land in Nigeria. Surveying every parcel of land will ensure that every owner including every farmer has registered title to their land. He said this will make it possible and easier for the public to have access to loan facilities for all types of developments such as residential, agricultural, commercial or industrial.
He appealed to the government to shift attention to the development of real estate and infrastructure to revive the economy.
According to him government must make law on land administration and enforce it. It is also important to mention that infrastructural development goes along with real estate development; roads, rails, water-ways, and evil airways, are avenues through which products, services and people move easily to make the economy vibrant.
He regretted that many have gone into real estate investment without professional advice and have burnt their fingers and urged people to seek advice before venturing into the sector.

On why he is encouraging government investment in real estate, the NIESV president pointed out that it is all embracing as a single contract in construction involves and touch many lives such as consultants, contractors, suppliers of building materials, vendors, labourers and artisans. This is with a resultant effect that houses are available for living, offices are available for business including transportation to move goods and services from one place to another.

Patunola-Ajayi said real estate investment resonates as an edge against inflation with its value increasing with time. He appealed to government to put more attention into the real estate especially housing projects noting that one an important fact that must be accepted is that government housing programmes must have a touch of socialism to touch the lives of people.

He argued on the need for government to provide land, infrastructure, building plans and approval at subsidized price to encourage developers, and investors.

On the most critical advice to the government, Dr Patunola-Ajayi said the most important programme that we need now is urban-rural integrated development. He argued that when development is balanced, there will be reduction in the rural-urban migration while our cities will be rid of congestion, over population, crime and slums. Subsequently, cost of living can be reduced, because demand will not be in excess of supply all the time, and more people will stay in the rural areas to produce goods for sale in the urban centers.
Speaking on the epileptic power supply in the country, The NIESV boss asked that more attention be paid to the provision of electricity

He said availability of electricity will induce small scale industries to spring up and cost of production of goods and services to come down. Many manufacturing companies that have folded up or relocated to other countries will come back to operation, he assured.

On his call for one- city state, he responded that it is a concept creating a city with dependent towns.
He said: “One-city state is a Sovereign State consisting of a city with other dependent towns. In Lagos State, the metropolis is the center of all things. The state and a greater part of Ogun State depends on the Lagos Metropolis for jobs, shopping, international travels etc.

He encouraged the creation of city-centers and industrial clusters outside the Lagos metropolis in places such as Badagry, Epe, Ikorodu, Ikotun, etc to make the self-sustaining. 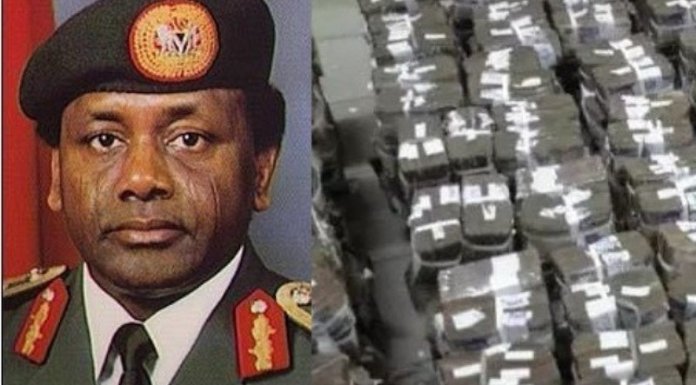