It was a beautiful experience for the attendees of the T.W.O. (Tunde and Wunmi Obe) Valentine Special sold out show which held at the Renaissance Hotel, Ikeja, Lagos, Nigeria.

The show started with a local band that treated the audience to traditional music.
It was a breath of fresh air from the regular music. The receptive audience were taken back to the days when they were young and played outside with other children singing cultural songs.

Another highlight of the night was the DeJaVu band who took the audience
on a journey with the rendition of popular hit singles from both Nigerian and international stars.

The audience gave them a standing ovation as soon as the MC announced their names and called them to the front for a special game.
The young couples were also ably represented at the show.
The musical couple, Tunde and Wunmi Obe came out to serenade the crowd with amazing dance steps.

They led other couples to the centre stage for a choreographed dance; it
was eclectic, adoring, exciting and entertaining. Everyone was involved
and carried along.

The event had reached its climax; audience members were not just excited, they were ecstatic. TWO started with their prayer song before serenading the audience with their old hits and songs from their new album.
They performed songs like, ‘Fine Bara’, ‘Wedding Day’, ‘Mogbomoya’, and a host of others from their repertoire of songs.
The amazing DJ JimmyJatt closed the show with classic tunes that got the couples grooving on dance floor.

Stephanie Linus Promotes Green Valley Oatmeal
Star actress, movie director, and producer Stephanie Linus has become the brand ambassador for Green Valley Oatmeal. The actress recently signed up with California Natural Foods to represent the brand’s interest in Africa.
This brand of high quality and healthy oatmeal is a product of California Natural Foods, a company committed to maintaining the freshness and high-quality standards of all products.

Stephanie said she is honoured to be filling this role and she is poised to promote this healthy and nutritious brand to the best of her ability.
“GreenValley Oatmeal is my personal favourite and I’m so glad to be representing this unique brand. Not only is it a very healthy option, it is also very affordable and good for everyone.”
Green Valley Oatmeal is soft and easy to prepare. Asides from the traditional oatmeal pudding mostly served for breakfast, it can also be used for other recipes such as cookies, cakes and more.

Lafta Card Comedy in Calabar
Calabar will be on fire on March 12 as the Cultural Center Complex hosts Lafta Card, a live comedy concert by Monkals. Monkals, otherwise known as Mong Kalu, is a comedian, and an Airtel Ambassador.
He revealed that the event was strategically planned to proffer hope and lighten up the people in Calabar and environs during this period of economic recession.
”This event is a home-coming, which is not only meant to give my Calabar fans fun, but also to use the platform to encourage some of the up and coming acts over there.”

Teebee Bounces Back with Alagbon
Teebee is back with a new Afrobeat track ‘Alagbon’. The track is a comeback for the Biochemistry graduate who burst into the music scene in 2009 with his first and only single, ‘Gbadun U Die’.
In comparison to ‘Gbadun U Die’, the soft crooner takes on a more refined approach with ‘Alagbon’. The rhythm of the track is effortless yet, it hits the spot. The track lingers long after it’s played and you can’t help but hum along with it.
Teebee started producing music during his undergraduate days at Ladoke Akintola University of Technology in Ogbomoso. Since then, his unwavering passion for music has not waned. ‘Alagbon’ is produced by Krizbeat.

Olamide Oladimeji Shoots His Way to Stardom
Olamide Oladimeji is not a familiar name in Nollywood but in Hollywood. A few of his Nigerian friends and colleagues may remember him from his days as a young student at Cecil Petros College in Ogun State or in University of Lagos in 2009 where he studied Psychology.
Today Oladimeji is better known as a US-based cinematographer who is meteorically etching his name in the Hollywood scene. He has worked with some of the A-list artistes in Hollywood, including Nick Cannon, Robin Thicke and was part of the crew that shot the 2016 BET Awards.

The young cinematographer didn’t nurse his passion for the camera in his childhood days, although he discovered he loved writing. However, his write-ups was not meant for bookshelves but for the screens. It took a while for him to convince himself that his unbridled passion for the camera was not just another phase in his life.

“As I grew older I found love with the camera, then it was like a phase it disappeared. Then I got into UNILAG and I got into editing which I learnt from watching my older brother (who has edited commercials for the Heineken, AMBO). With that little knowledge, my colleagues and I were shooting and editing announcements for our campus fellowship.”

A year later, he was picked by The Redeemed Christian Church of God, City of David to join the media and news crew. That experience would steer him into the right path of his career. He bought his first camera in 2011 from the monies he made. Encouraged by his boss, Bolaji Salu, he did a short programme in filmmaking in Abu Dhabi in 2013.
After graduating from UNILAG in 2014, he took a step further by relocating to United States of America to study Filmmaking at the New York Film Academy.

Although he has worked on many projects, Oladimeji holds dear to his heart, his experience working with Hollywood comedian and actor, Kevin Hart on the set of ‘The Real Husbands of Hollywood’ Season 5. He was invited on set by the Director of Photography, Tommy Maddox-Upshaw (Iron Man 2, Straight Outta Compton), who was also his mentor and former cinematography instructor.
Describing the experience as a crazy one, Oladimeji said he was glad he worked on that production.

It tells the story of a couple, Sharon (Rita Dominic) and Kobi (Chidi
Mokeme) who attempts to tell a truth about some of the conflicts, confinement, independence, and struggles in marriages. The pursuit to keep their marriages intact and save their private lives leads to various dramatic and intense scenes that follow the story. 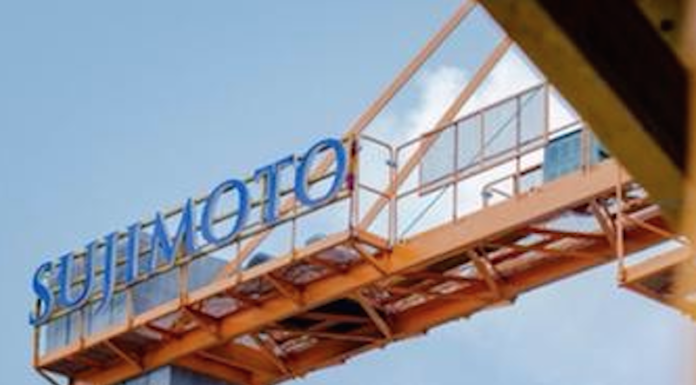