The fears of many Nigerians were confirmed yesterday when the presidency revealed that the results of the medical tests undertaken by President Muhammadu Buhari in the United Kingdon would require him to remain in London for longer than anticipated.

This was contained in a statement issued by his Special Adviser on Media and Publicity, Mr. Femi Adesina.

“During his normal annual check up, tests result showed he needed a longer period of rest, necessitating the president staying longer than originally planned,” Adesina said.

The results of the tests were however not made public.

Adesina, in a statement he issued on February 5, had said that Buhari was compelled to extend his stay back in the UK in order to complete his medical tests as recommended by his doctors.

But yesterday, Adesina said the president thanked millions of Nigerians who had been sending goodwill messages and praying for his health and well being in mosques and churches throughout the country.

According to him, the president is immensely grateful for the prayers, show of love and concern.

“President Buhari wishes to reassure Nigerians that there is no cause for worry,” the statement added.

Also, speaking to State House correspondents after he had issued the statement, Adesina said only Buhari could disclose the ailment that has kept him away from his job for over a month.

He said the president wanted Nigerians to know that he appreciates their prayers, concerns and goodwill.

When asked how long the president will continue to rest in the UK Adesina replied: “I speak for somebody, I do not speak for myself. So it is what he tells me to say that I say and the statement transmitted to me is that the president needs to rest for some more time.”

The president’s spokesman also said that the statement issued by him on behalf of the president was Buhari’s way of speaking to Nigerians.

“What he has just done is to speak to Nigerians,” Adesina said.

When pressed again on the exact nature of the health concerns keeping the president in London, Adesina said: “Don’t you know that the Hippocratic Oath even forbids a doctor from speaking about the condition of his patient except the patient authorises it?

“It is only the patient himself who can speak about what he is going through.

“This is the person going through these series of tests and rest, and he says no cause to worry, let us believe that.”

Adesina was also tasked on the harassing of Nigerian journalists who have been trying to reach and interview the president in the UK.

On this he said that he did not consider the treatment meted out to reporters of The Guardian and Nation as harassment.

On speculations that the president may remain in the UK for months, he said: “What we have just said is what I will want us to believe. The president said he needs to rest further. The same president that communicated that to us, when it is time for him to come, he will also communicate to us.”

On the claim that the president has lost his voice, Adesina also challenged those who have made the claims to prove it.

He said: “He spoke with President Donald Trump. Did Trump say he did not speak with the Nigerian president? Anybody can allege anything.

“My message to Nigerians is for us to learn to believe our leaders. This is a man we elected into office and he says no cause to worry, let us believe him.”

In the president’s absence, his deputy, Yemi Osinbajo, to whom Buhari handed over the mantle of office, shall continue to act as president.

In a related development, Senate President Bukola Saraki yesterday said Buhari had expressed hope that he would return to the country soon, insisting that the president was healthy and in good spirits.

Saraki, who made this remark at the resumption of plenary in the Senate while briefing his colleagues on his recent visit to the president in London, said the president conveyed his best wishes to members of the National Assembly.

His briefing was made after he read the president’s letter of February 5, informing the Senate of his decision to extend his initial vacation for 10 working days indefinitely.

“Further to the correspondence from Mr. President, let me also use this opportunity to brief my colleagues on the visit.

“I led a delegation of myself, the Honourable Speaker and the Majority Leader to visit Mr. President Buhari on Wednesday, 15th of February to convey the greetings and best wishes of the National Assembly and I am happy to report that we met the president in good spirits, in good health and chatty as usual.

“He conveyed his best wishes and hopes to be back very soon,” Saraki said.

Besides the president’s letter, Saraki also read two letters addressed to him by the acting president.

In one of Osinbajo’s letter, he informed the Senate President that the acting Chief Justice of Nigeria (CJN), Justice Walter Onnoghen, had been appointed as the substantive CJN following the recommendation of the National Judicial Council (NJC).

The letter dated February 7, therefore sought the Senate’s confirmation for Onnoghen in accordance with Section 231(1) of the constitution.

In his second letter, the acting president sent the name of Adeyinka Asekun (Ogun) as an additional non-career ambassadorial nominee for Senate confirmation.

Meanwhile, the National Chairman of the Social Democratic Party (SDP), Chief Olu Falae, said yesterday that Nigerians are not feeling the long absence of Buhari, adding that Osinbajo was doing well in an acting capacity.

He stated this while speaking with journalists at the end of the National Executive Committee (NEC) meeting of SDP in Abuja yesterday.

“I am satisfied that President Muhammadu Buhari is making significant progress in terms of his health, because no human can accelerate his own recovery; only the doctors and God can do so.

“In any case, there is no vacuum; there is an acting president who has the full powers of the president and he is doing very well.

“The acting president has been going round the country to make sure that all aggrieved Nigerians are reassured of hope and belief in the Nigerian state.

“Nigerians need to support the acting president in order for him to succeed, pending the return of our president, President Muhammadu Buhari,” he said.

The Deputy National Chairman of the SDP, Mr. Abdul Ahmed Isiaq also told journalists in Abuja that his party was currently discussing with the Peoples Democratic Party (PDP) and other political parties for possible collaboration in future elections.

Isiaq, who was reporting back to the party on the assignment given to him to explore areas of co-operation with the PDP, told members that contrary to speculations in the media, the party was not negotiation a full merger with the PDP or any party for that matter.

He said that at a meeting with the PDP Strategic Committee headed by Prof. Jerry Gana, the options placed before the SDP were to consider either a working alliance, absorption or merger.

“You must have read in the newspapers or heard over the radio or television stations that the SDP is going to merge with the PDP. The truth is that the PDP Strategic Committee went round the country and met with national leaders including our National Chairman, Chief Olu Falae.

“Their intention is to discuss the state of affairs of the nation, in which both political and non-political actors can come together and salvage the situation in our country.

He said that the state of the nation was discussed at the meeting and at the end of the day, SDP made it known to the PDP that the mandate of the delegations was to come for the meeting, listen and report back to the party’s NEC.

He said that he informed the party’s NEC that a nine-man committee was later set up, which included him as a member and secretary and chaired by Senator Ibrahim Gida from Katsina State to come up with possible position that will be acceptable to all parties involved in the discussions. 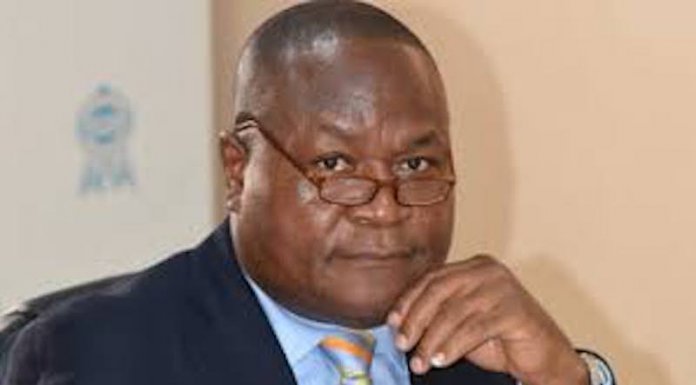