A forty-three year old man and sub-contractor of Eko Electricity Distribution Company (EKEDC), Sanni Kayode, has been arraigned by the police before an Igbosere Magisrate Court in Lagos on a two-count charge of felony and energy theft.

The accused was said to have committed the offence with others who are now at large early this month at Number 6, Wolex Street, Korogboji Agbara in Lagos Island Magisterial District.

According to the charge sheet read in the court, Kayode was accused of using his position as an electrician to Olajob Nigeria Ltd, a sub-contractor to Mojec International to wilfully bypass prepaid meters that he installed at 6, Wolex Street Korogboji, Lagos.

Mojec International is meter vendor for Eko Electricity Distribution Plc.
The meter bypass was said to have been done after collecting gratification from the person for whom the meter was installed.

It was further stated in the charge sheet that the bypass was done so that the meter would not record electricity units being used in the house and the occupants would not be paying for electricity consumed.

The offence is punishable under section 321 of the Criminal Laws of Lagos State of Nigeria 2011.
When the charge was read, the accused pleaded not guilty and was granted bail in sum of N50, 000.00 with two sureties.

The case has been adjourned till March 7, 2017.
Commenting on the development, EKEDP’s spokesman, Mr. Godwin Idemudia advised customers of the company to shun meter bypass and other criminal acts in electricity consumption.

Idemudia noted that energy theft remains an act of economic sabotage against the state, stressing that anybody caught should be ready to face full the wrath of the law.

The company had recently announced the arrest of one vandal in Lagos.
Idemudia had stated that luck ran out on the cable vandal at Thomas Street in Surulere area of Lagos when he was caught in the act by a security guard in the area.

According to Idemudia, the vandal was said to have been caught trying to cart away 4core/70mm cable at Eko Club sub-station.

He added that the security guard who suspected some unusual movement at the sub-station quietly walked to the sub-station where he caught the suspect as he was trying to make away with the electricity cable and other accessories he had already removed.

He was subsequently handed over to the police at Bode Thomas police station. 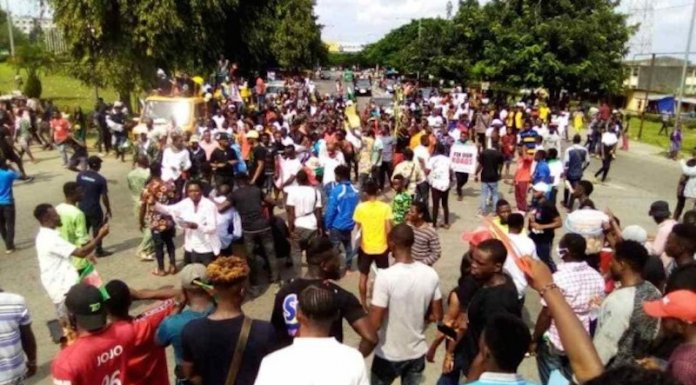 UN: Our Assets in Calabar Vandalised