How long can you be cute? For Fifi Ejindu, the answer will probably go… ‘Eternally!’ The splendor of her womanhood and the earthly rind of her humaneness and poise resonate that ageless prettiness and élan characteristic of the loveliest of fabled Greek goddesses. In a more romantic era, she would have become a poet’s delight, in this era; she flaunts an immense backbone of versatility and breadth of character that lures you to stare at her more closely than you are accustomed to in watching certain great women. But even at that, she is hardly given to fickle idolatry, unlike most of the women she shares the right to acclaim and celebrity status.

Fifi is simply a delight to watch. Now, as she clocks 55 in May, it promises to be celebration galore. You couldn’t have forgotten so soon her 50th birthday; Dubai was listed to her grace for her 50th birthday at the Al Falak Ballroom of the prestigious hotel, Burj Al Arab. Indeed, ever since she left the shores of the country to enthrall Dubai by her classy ceremony, she has become the toast of not a few celebrity gatherings in the UAE. And not a few people look back in awe at the glamour and wonderful touch of class with which she has charmed the Arabian city.

The royal birthday that has former President Olusegun Obasanjo in attendance is yet to be matched in terms of publicity, pageantry and fun. However, Fifi has made a great impact within the building and construction sector in particular. Fifi is the Chief Executive Officer of Building Support Systems, BSS. She is also the Principal Partner, Starcrest Associates, an architectural firm, which is also based in Abuja.

JIMOH IBRAHIM AT 50
•CONTROVERSIAL BILLIONAIRE PLANS 50TH ANNIVERSARY AMID A GALE OF UGLINESS
Bliss nestles in the heart of Jimoh Ibrahim as you read. The former billionaire hits the golden age of 50 with the shriek champions make at that point when their chests meet with the victory tape. He is no doubt an accomplished business titan and magnate
However, on February 24, Jimoh Ibrahim will clock 50 with mixed feelings. The controversial billionaire will attain the golden age surfing on a gale of rumours and bad news.

There is no gainsaying he has been through a lot in the last few years. While his loved ones rue his misfortunes in the political and business terrains, detractors of the dandy billionaire blame him for the series of tragic spells he suffered in his race for acclaim and self-actualisation. But love or hate him, Jimoh has made his mark in the business world. If you would forgive and overlook his gregariousness, you would understand that at 50, he has done very well for himself. This is why he and his loved ones are leaving no stone unturned to celebrate his 50th anniversary in a grand way. We will keep you posted on the venue and theme of the event. Jimoh has been through a lot.

Just recently, he ventured into the Ondo governorship race, but his aspiration hit a dead end following a legal tussle. Mischief makers alleged that things got so bad that he had to sell off some of his petrol stations. They alleged that the media mogul and hospitality entrepreneur is flat broke. According to them, his private jet is currently grounded and unable to fly due to his inability to pay for the millions of dollars required to service it and get it back in the air.

BIRTHDAY MATES, DEJI AND BIOLA OKOYA, THROW 50TH BIRTHDAY BASH
•HOW SILVER SPOON KIDS CELEBRATED THEIR GOLDEN AGE
They are no relatives but they share same surname, like phenomenal twins from different wombs; and besides being born into affluence, the only other thing uniting Deji and Biola Okoya is a shared birth year. For the duo, their claim to fame was the name of their fathers. Deji is the son of the late table tennis buff and noteworthy philanthropist, Chief Molade Okoya-Thomas.

Though Deji likes to maintain a low profile, it is not to say that he is not equally gregarious like his dad. Thus, when he got married to Omotola Olutayo a few years back, there was no doubting that the new couple had the world at their feet and savouring the bliss of their union was theirs for the taking. But darts were thrown into the couple’s balloon a few months after as Omotola died of breast cancer, shattering the world of the easy-going dude. The young woman left behind a distraught husband and a hapless set of twins.

Ever since, Deji has recoiled deeper into his shell. Some days ago, he celebrated his 50th birthday in Renaissance Lagos Ikeja Hotel, GRA, Ikeja. It was a classy event. Likewise, Biola who had a running battle with her father many years till former President, Olusegun Obasanjo, intervened, celebrated her 50th birthday some days ago. She used to be the life and soul of the party, the woman who will never go home while there is one man, woman or glass of anything not yet drunk. But today, she has taken a radical turn. She is no longer the social nymph she used to be. Back when she used to cruise at full throttle on Nigeria’s fast lanes, no party hosted in Lagos and Abuja, Nigeria’s entertainment capitals, is complete without the presence of Biola. She rocked every party like it was her last. 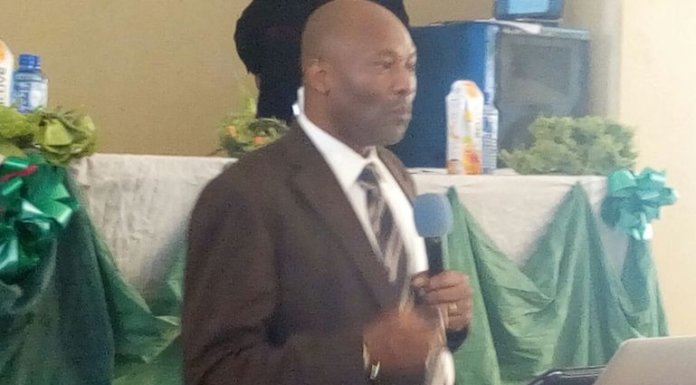