The move by INEC to initiate a process whereby Nigerians abroad can vote during elections in their country is commendable, but there are hurdles that must be overcome. Vincent Obia writes

Election is the principal thing in democracy and whenever an attempt is made to push back the limits of electoral participation, it usually brings a cheery reaction. The effort by the Independent National Electoral Commission to set in motion processes that would enable Nigerians abroad vote during elections in their country is, certainly, laudable.

But the commission needs to proceed with caution to avoid impediments that can aggravate existing problems with elections in the country. There are hurdles in the out-of-country voting system that must be overcome by sincerity and determination by the commission.

INEC recently set up a ten-man Committee on the Review of Diaspora or Out-of-Country Voting. In a letter dated January 16 and signed by the acting secretary to the commission, Musa H. Adamu, INEC said the committee headed by Amina B. Zakari is expected to submit its report within six weeks.

The committee on out-of-country voting is to determine the legal, political and electoral framework for the diaspora voting. It would examine the methodologies for such voting in other climes and the global best practices. The committee would suggest an appropriate methodology for the commission and determine the population, spread and locations of the Nigerian diaspora and Nigerian missions abroad, as well as the registration requirements.

The OCV committee would also determine the logistic requirements and cost implications of any methodology suggested for diaspora voting, and recommend timelines or a project plan for its implementation.

The right of citizens abroad to vote in elections in their countries of origin is guaranteed by many democracies. The idea is popularised by an emerging picture of the world as a global village, and democracy as a set of principles that defiles boundaries. As of 2006, 93 countries, including 21 African countries, were said to have allowed their citizens in foreign countries to vote. Guaranteeing such right for Nigeria’s estimated 15 million citizens abroad would definitely be an enormous boost to the country’s democracy. It would also make a lot of economic sense in view of the immense contribution of the Nigerian diaspora to the economy.

Nigerians abroad remitted home about $21 billion in 2015, according to the World Bank Migration and Remittances Factbook 2016. President, Association of Bureau De Change Operators of Nigeria, Alhaji Aminu Gwadabe, was quoted as saying that in the nearest future diaspora remittances may rise to about $35 billion annually. With such huge contribution, Nigerians overseas should have a big stake in the choice of those to run the affairs of their country. Giving them the right to vote would be a rational move for political and economic development.
But INEC needs to proceed with caution. It should learn from the experiences of countries practising diaspora voting.

There are intricacies and risks involved in out-of-country voting, which INEC should pay attention to with a view to reducing or eliminating their adverse effects on the system. One is cost. Out-of-country voting operations are said to be generally more expensive than in-country voting. The International Foundation for Electoral Systems said in a 2012 report that diaspora voting operations cost five to 10 times more. With INEC already complaining about the high cost of elections in the country, funding voting by citizens in foreign countries would, no doubt, be a challenging and painstaking venture.

INEC National Commissioner, Professor Anthonia Simbine, said recently that INEC spent $547 million for the 2015 general election, while the political parties and their candidates spent between $1.5 billion and $2 billion. Simbine said the 2015 election was the most expensive in the history of the country.

Catering to the electoral needs of diaspora populations spread across many different countries would definitely require a lot more effort in terms of distribution of materials, staff training, and return of results from the various locations.

There is also the issue of trying to meet electoral standards in the countries where the polls would be conducted. Measures should be put in place to ensure that in the attempt to meet such standards, INEC does not strain its resources to the point that elections in the country may suffer.

The International Foundation for Electoral Systems says out of country voting operations are more susceptible to fraud and perceptions of fraud than in country voting. This is due to the unlikelihood of proper independent observation of the process and consequent lack of transparency.
INEC should take the various issues into consideration in determining the methodology for its planned diaspora voting.

Besides, the commission needs to start with a pilot scheme that would include countries with already developed democratic structures. It can then gradually extend to other countries.
INEC’s out-of-country voting initiative is a step in the right direction. But careful and diligent effort is needed to make the country reap the fruits. 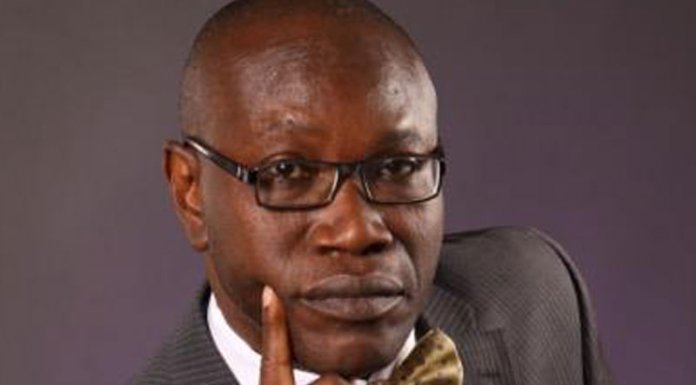