Moved by the plight of young girls and boys who are forced into hawking by their parents and guardians, an NGO, the Obi Ikenchukwu Foundation has picked up the challenge to address this menace that exposes teenagers to abuses, reports Ugo Aliogo

On March 12, 2015, Sarah Ibikunle was killed by a stray bullet in the Lekki-Phase 1 arm robbery attack. She died while hawking fish, an activity which she did daily after school hours to raise money to support her aunty. Her death has left a permanent scar in the heart of her family.

On the flipside, it has cut short the dreams of the 15-year-old teenage girl to become a lawyer. Many teenage hawkers have lost their lives through incidents that may be akin to Ibikunle’s story or even more serious situations. For many of these hawkers, the business is not fun, judging from the horrors and dangers they go through in order to eke out a living daily.

When the founder of the Obi Ikenchukwu Foundation (OIF), Princess Genevieve Ikenchukwu told this story at the 2016 OIF seminar/cocktail party, the audience were moved with pity for the deceased girl and the bereaved family, but that was not the intention OIF was focused at achieving with the story. The drive of OIF was to bring the public and private sectors under one umbrella with a strong commitment to curb hawking among children of school ages.

Some do not have access to decent housing, medicare, clothing and balanced diet, due to their meagre incomes. They start each day thinking of how to put a meal on their table and to get a place to lay their heads. Most hawkers are breadwinners in their families, therefore the family survival depends on the daily income they realise. Most female hawkers in their teens are sexually exploited in exchange for money, in the process they lose their virginity.

Ikenchukwu commended government efforts, but noted that there is need for government to step up its efforts, adding that it is necessary that parents are educated on the dangers their children are faced with regarding the danger of hawking.

“Most parents who put their children on the street to hawk are not aware of the dangers it poses to the safety of the child. Poverty also plays a major role as well. When government should start to address certain issues in the society, which will prevent poor families from sending their children to hawk,” she noted.

She explained that when the needed support has been provided to parents and they are still engaging their wards in street hawking, then government can prosecute those involved, stressing that as a foundation, they are addressing the issue through advocacy on behalf of the children involved.

The OIF founder added that: “We speak not just to government, but also corporate organisations and individuals who can assist them and I think the government too because the work falls back to the government. I also think it is a huge responsibility on them, so as a foundation we have taken up the task upon ourselves to find out ways as to how these children can be helped and educate them by picking them up from the street and bringing them to the classroom.

“We are not getting any support from government, but unfortunately we are collaborating with them, though they are not assisting us as much as we want but we are still hoping that when they see the usefulness of this in the future they will render us their support in addressing it.

“The OIF carries on the legacy of the late Obi Ikenchukwu by being a voice for the orphanages and vulnerable females, especially those under-age abused girls. We do this through advocacy, empowerment initiatives, annual seminars and workshops. This year’s (2016) theme on child hawking is of serious concern to our nation.

“It is my intention to work with the various state government agencies in order to curb and manage this menace to the barest minimum. To this end, the foundation has come with another campaign slogan called ‘Off the Street Into the Classroom,’ the idea is to take these kids off the street and educate them.”

In her remarks, the Lagos State Commissioner for Women Affairs, Mrs. Lola Akande, said hawking should not be viewed as a means of livelihood because of the numerous dangers the hawkers are subjected to which includes rape, abduction, accidents and even death.

She lamented that the economic situation in the country has caused some parents to send their wards on the streets to hawk in order to source additional revenue for the family, stating that some parents will instruct their children not to go to school in order to hawk, while they sit back at home doing nothing, thus converting the children to breadwinners of their family.

“The children are on the streets hawking for many reasons some of these children are the breadwinners of the families because of the difficult situation of their families, while some parents could be suffering from debilitating ailments such as HIV/AIDS, therefore they cannot go out to do things for themselves so these children are forced to take up the responsibility of hawking on the street in order to eke out a living,” she noted.

Akande who was represented by one of the Directors, Mrs. Alaba Fadairo, noted that the state government on realising this challenge, came up with a lot of strategies part of which were that within the hours of 8am-2p.m all children of school ages must be in school, adding that the state also provided free education for children living in the state irrespective of the child’s ethnicity, all that was required was the child was resident in the state.

She added: “We have put mechanism in place to ensure that children found on the street will be taken to appropriate government agency, these agencies include the Ministry of Women Affairs and Poverty Alleviation.

“There are some television programmes going on in Lagos State to enlighten parents and guardians on the need for their children to be off the street because children are exposed to danger on daily basis. The government also has the responsibility of empowering the parents that cannot afford to take good care of their children, the government ensures that parents are empowered through skills acquisition initiatives so they are trained to earn a living rather than send their children to hawk.

“The government also provides skills acquisition centres where children who are not academically fit can learn a vocation and after the programmes government provides appropriate equipment to establish them. It has been observed that if these children are not well catered for; they will become misfits in the society. There will be penalty for parents sending their children to hawk when they are supposed to be in school; undertakings will be signed by such parents before their children will be given back to them.

“It is not restricted to children but also adult who hawk, they will be employed, there is the arrangement to employ about 600,000 people in the state. Currently about 1000 people have been employed into the Lagos State Traffic Maintenance Agency (LASTMA) profession and about 50,000 will be employed as direct or indirect labour. Government has zero tolerance to all forms of hawking be it children or adult, there are provisions put in place for children caught hawking to be taken away from the street and given education.”

On July 4, 2016, the Lagos State government took a bold step to ban hawking in the state and to enforce the Lagos State Street Trading and Illegal Market Prohibition Law 2003 which restricts street trading and hawking in the metropolis. The law affects the sellers and buyers. Therefore offenders either pay an option of 90,000 naira or spend six months in prison.

The law is operational in the state and a total of 49 persons have been prosecuted due to this law. Sections seven and eight gave jurisdiction and power to the Special Court to order the seizure and public auction of items impounded from street traders. Section 10 of the law, also prescribes a N5000 fine or three months imprisonment upon conviction.

Ending the practice of hawking may not be the right step in the appropriate direction; the state governments have failed to address the conditions which compel people to take to hawking as a source of survival. Therefore, if the needed infrastructures are not tackled, the practice will continue despite the stiff penalty for offenders. If the state abdicates it duties, lawlessness takes over the land.

According to the United Nation Children Education Fund (UNICEF) exploiting the labour of a child means employing a person below the age of 15 years and paying him/her less than the minimum standard wage. Trafficked children are made to work as hawkers and petty traders, beggars, car washers, bus conductors, farm hands or cattle rearers. One of the basic principles of the International Convention on the Rights of the Child is that every child must be protected against all forms of exploitation, indecent or degrading treatment, including child labour, abduction and sale. 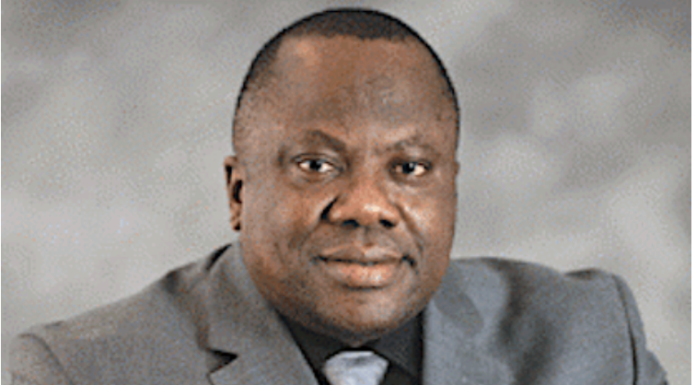