The Nigerian Supreme Council for Islamic Affairs (NSCIA), under the leadership of its President-General and Sultan of Sokoto, Alhaji Muhammad Sa’ad Abubakar III, monday condemned the killings in Southern Kaduna.

The NSCIA Director of Administration, Ustaz Christian Isa Okonkwo, in a statement quoted the Sultan as describing the killings currently going on in Southern Kaduna as unjust, heinous and dastardly acts of destructions of lives and property.

The NSCIA was particularly grieved that at the last count, no fewer than 808 lives of innocent Nigerian lives have been lost while nothing less than 57 Nigerians have suffered life-threatening injuries.

The NSCIA denounced these events in its entirety particularly because they ran contrary to fundamental Islamic law which ordains human life to be sacred and strongly forbids its unlawful destruction except for a just course.

Quoting from the Holy Quran, the Sultan said: “If anyone slew a person –unless it be for murder or for spreading mischief on the land- his punishment would be as if he slew humanity as a whole and if anyone saved a life, his reward would be as if he saved the lives of humanity as a whole.”
The NSCIA called on the federal and Kaduna State governments to, as a matter of urgency, step into the situation and put a stop to what it as inhuman and barbarous state of anomie.

“The NSCIA would like the federal and Kaduna State governments to go a step further by proffering lasting solutions to these recurrent acts of hate and savagery in Southern Kaduna.
“We also wish to call on the federal government to objectively investigate the matter and prosecute whoever that is found guilty irrespective of the person’s tribe, creed and/or social status.
“We urge all Nigerians to continue to promote justice, preach, teach and live in peace with one another.

“We enjoin all Nigerians not to allow themselves to be used by forces of evil some of which may hide behind tribal, political or even religious garbs to perpetrate these heinous acts,” he said.
Meanwhile, the Inspector General of Police (IG), Ibrahim Idris, has faulted claims by the Christian Association of Nigeria (CAN), Kaduna State chapter, for the alleged killings of over 800 people of Southern Kaduna extraction by unidentified bandits last week.

At a press conference in Kafanchan last Thursday, the Vicar General of the Catholic Archdiocese of Kafanchan, Ibrahim Yakubu, said bandits had attacked four local government areas in Southern Kaduna, killing over 808 people.

Speaking at a dinner organised for top brass of Police hierarchy, yesterday night, Idris, commended them, including the Economic and Financial Crimes Commission (EFCC) Chairman, Mr. Ibrahim Magu, for their support since he assumed office last year.

According to him, an on-spot assessment of the crisis by him across the Southern Kaduna settlements proved contrary to the allegation that over 800 people were killed in the attacks by bandits.

While faulting CAN’s claim for the alleged killings of over 800, he said: “We have people coming to the media to say that there are 800 corpses in these places.
“This is sickening because when people from outside the country hear this kind of thing, they would think that something is wrong with this country.

“There is need for our leaders to love this country more than they love themselves. It is sickening for somebody to go on the news and say that he saw 800 corpses.

“Even in Rwanda, where there was genocide, I don’t think anybody can quote that kind of figures. It is very sickening. Here you have somebody who says he is a religious leader saying all these.”
The police boss berated political and religious leaders for lacking patriotism, stressing that some of them are yet to imbibe the principles of true leadership principles.

He said: “Whether you are a religious, political or community leader, you should have some principle and that is what is lacking here; we should have love for Nigeria as a country. This is one thing (patriotism) that an average American doesn’t lack.”

Commending the anti-kidnapping squad for living up to expectation, he said police had arrested five suspected kidnappers of the former Minister of State for Foreign Affairs, Mr. Bagudu Hirse, who was kidnapped in November last year in Kaduna.

He said the five suspects would soon be paraded at the force headquarters after all necessary investigations into their activities had been concluded. 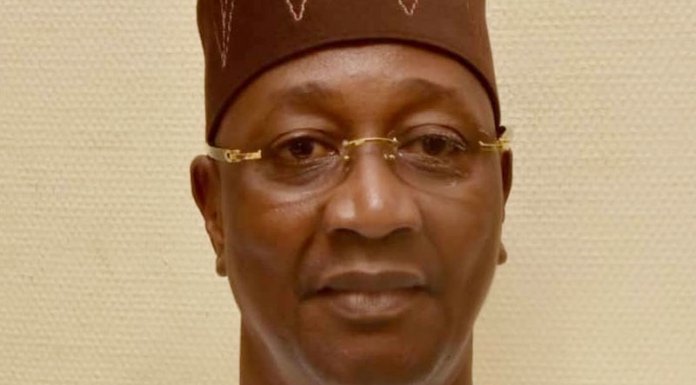