Three years on from his devastating skiing accident, here are moments that made Schumi F1’s most successful driver

2016 marked the 10th anniversary of Michael Schumacher’s 91st and final F1 victory as part of a career that remains unsurpassed in terms of record-breaking achievement.

Although Schumacher’s initial retirement in 2006 was followed four years later by a less successful stint back in the sport with Mercedes, it’s the success of his ‘first’ career which continues to define his legacy.

“Michael’s a long, long way away, so it will be a millimetre step closer to Michael!” said Lewis Hamilton, the man now second to Schumacher in F1’s all-time winners’ list, when asked in Abu Dhabi what another win would mean in terms of trying to catch the German’s record 91 victories.

As Schumacher continues his recovery from the severe, life-changing injuries sustained in his skiing accident three years ago this month, we remember the achievements which made him one of sport’s leading legends.

Spa days – Where it all began

Spa-Francorchamps would become synonymous with Schumacher from the moment he made his remarkable F1 debut with Jordan at the 1991 Belgian GP.

Hired as a stand-in for Bertrand Gachot, who had recently been jailed, the 22-year-old Mercedes protege stunned the sport by qualifying seventh – four places ahead of experienced team-mate Andrea de Cesaris.

Fourth in the Sunday morning warm-up suggested that even greater feats might await in the race, although questions around what Schumacher might have achieved ultimately went unanswered as he burnt the clutch out by the first corner.

Still, an immediate connection to Spa had been made – a link which would only strengthen 12 months later, by which time F1’s hottest young talent was racing in the colours of Benetton.

While an eyelid would barely be batted these days if a 23-year-old won a grand prix, Belgium 1992 saw Schumacher become F1’s youngest race winner in a quarter of a century – and the then-fourth youngest in history.

Although dropping at the start to fourth, the kind of fickle weather that has turned many a Belgian GP intervened on this particular late August day – with Benetton’s young star ultimately the chief beneficiary.

Schumacher timed the switch back to dry tyres to perfection – although only after running off the road at Stavelot and dropping behind team-mate Martin Brundle.

Seeing the sister Benetton’s rubber was beginning to blister, Schumacher came into the pits – two laps earlier than race leader Mansell – and made up the difference to take the lead. The Briton came back at him, but a broken exhaust put paid to Mansell’s hopes of a victory and F1 had its newest race winner.

For Schumacher, there would be no looking back.

Twenty-two years on, and Schumacher’s first world championship success in 1994 continues to be defined – and some would say tainted – by the season-ending collision with Damon Hill which settled the title race in the German’s favour.

The wider narrative of the year – in which Ayrton Senna and Roland Ratzenberger were killed at Imola, several other drivers were involved in nasty accidents, and Benetton found themselves at the centre of numerous technical controversies – meant it was hardly an uplifting season.

Adelaide 1994, however, remains the place where F1’s championship record books began to be rewritten, even if confirmation of Schumacher’s maiden world crown came when he was standing at the side of the track. Although it was Hill who arguably ended the season the stronger – winning in atrocious wet conditions at Suzuka and then pressurising Schumacher into the error that led to the clash in Adelaide – the German had already won eight times and lost a hatful of points via two disqualifications and then a two-race ban.

But if question marks remained after 1994, the following year there was no doubt who was the deserving champion. Schumacher, delivering several of the best drives of his career, won nine times in 1995 and wrapped up his second crown with two rounds to spare.

He was F1’s then youngest-ever double champion, but soon on the move…

There are plenty of contenders among his 91 victories for the title of Schumacher’s ‘greatest win’, but it’s difficult to look beyond Spain 1996 for that accolade. Not only was the victory achieved in the most challenging of wet conditions, it was also the German’s first for Ferrari – giving the performance extra historical resonance given what was achieved over the next decade.

The stats alone from that rain-drenched Barcelona afternoon are astonishing.

He won by 45 seconds and set a fastest lap which was two seconds quicker than anyone else, despite dropping to seventh at the start from third on the grid. Seventy-one more wins would follow for F1’s Prancing Horse, but perhaps none better.

While there was no shortage of wins in Schumacher’s early years at Ferrari – 16 in his first four seasons – the Drivers’ Championship which the German had been hired to deliver, and which had eluded the Scuderia since 1979, continued to remain tantalisingly out of reach.

Final-round near-misses in 1997, when he was disqualified for colliding with Jacques Villeneuve, and 1998, when McLaren’s Mika Hakkinen emerged triumphant, were followed by a three-month layoff with a broken leg mid-way through another title challenge in 1999.

But what could have been a disastrous setback actually appeared to energise Schumacher for the longer-term.

After returning in startling fashion at ’99’s penultimate round in Malaysia – he took pole by a full second – 2000 was finally the year Schumacher and Ferrari delivered the title.

It was hardly plain sailing though, as Hakkinen and McLaren came on strong, but Schumacher won the season’s last four races to finally get over the line – clinching his third title with what he would later describe as his best-ever race in a weekend-long head-to-head with his Finnish rival at Suzuka.

…and the floodgates open

It was probably a good thing for F1 that Schumacher and Ferrari had to wait so long for that elusive first title – as once that box was finally ticked, the floodgates opened.

Ferrari, finally begin to make their resources count, had the best team off the track, the best driver on it, tyres made to measure, and a car that rarely failed Schumacher. It was an almost unbeatable combination.

If 2001, when the German clinched the championship with four races to go was one-sided, then 2002 was a monopoly as Schumacher claimed a then-record 11 wins in a season and finished on the podium at every single race.

Every fresh success seemed to be accompanied by the breaking of another F1 record and, having already surpassed Alain Prost as the driver with the most wins at the 2001 Belgian GP, 2003 gave Schumacher the chance to overhaul one of F1’s most longstanding landmarks – Juan-Manuel Fangio’s haul of five world championships, set in 1957.

In contrast to the previous two seasons, Schumacher had a fiercer fight on his hands this time, as Kimi Raikkonen and Juan Pablo Montoya made it a three-way battle for much of the year. In the end though it was F1’s old timer who nudged ahead – although only after a tumultuous final race, again, at Suzuka.

Going into the weekend needing just an eighth-place finish to secure title number six, Schumacher started only 14th after rain made a lottery of single-lap qualifying, and then broke his front wing in a botched overtake on Takuma Sato. Losing more ground, Michael then became embroiled in a long-running battle with brother Ralf, with the younger Schumacher nearly taking his title-chasing sibling out and tagging the rear of his Ferrari.

In the end, the required eighth place was achieved, although a drained-looking Michael admitted afterwards: “It was one of my toughest races. I’m empty and exhausted.”

Twelve months on, however, and the title race wasn’t quite a tense as, armed with a Ferrari more akin to the 2002 model, Schumacher rewrote the record books again – winning 13 races in the same year and taking title number seven in commanding style.

Schumacher, aged 35 by the time of his seventh championship, competed in F1 for five more seasons in total – either side of a three-year ‘retirement’ – and while no further titles followed, his place at the top of F1’s most significant statistical tables was already utterly assured. 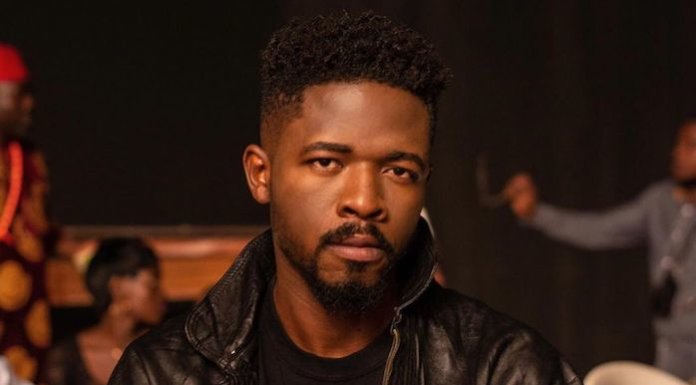