Rivers State governor, Nyesom Wike, has accused the leaders of the All Progressives Congress (APC) in the state of plotting to bomb him when he is airborne in the state-owned airplane in a desperate bid to get rid of him and capture the state at all cost.

He said APC leaders were not happy with his achievements especially with respect to the payment of workers’ salaries, those of pensioners, and embarking on infrastructure projects at a time the country is in a recession and some state governors struggling to pay workers and pensioners.

He declared that nobody has the capacity to destroy what God has blessed, just as he placed a curse on those who want blood to flow in the state for their selfish interest, stating that blood would continue to flow in their families.

Wike, who spoke yesterday in front of thousands of members of the Peoples Democratic Party (PDP) including ward leaders during a thanksgiving service, held at the Polo Club, Port Harcourt, noted that no matter how hard the APC leaders plotted to eliminate him, God would grant him victory.
He said: “They said they will blow the plane that I will enter. You that is plotting, do you know whether God will blow up your own plane before that time?”

He described the state as very peaceful, but noted that it was under the constant assault of APC leaders, who he accused of wanting to cause crises in the state in a bid to create the wrong impression.
The governor made reference to the December 10 legislative rerun elections, during which the same APC leaders allegedly used security operatives to kill and intimidate those who resisted election rigging, noting that those that lost their lives were the true heroes of democracy and observed a minute’s silence for them.

He wondered: “What is this thing about Rivers State? Why should a man spill blood if he is so loved? If a man is loved and popular, let him present himself…
“They should allow peace to reign. It’s like some people want trouble so that they will make blood money, so people die.

“You say let us not embarrass a man who is not popular. What about the innocent lives that were lost? All those who do not sleep and plan evil against Rivers, they will never know peace…
“I have supported Mr. President by supporting the security agencies in the protection of key national assets in the state. That is why the destructions of national assets in other states is not happening here.

“They said one man, one vote, and we decided to support them to achieve that. But while we were campaigning, they were plotting to rig the elections. We dedicated our campaigns to God from the beginning. We knelt down before our God at St. Paul’s Cathedral.”

Wike made it clear that Rivers was not Ondo State where the Modu-Sheriff faction of the PDP and the APC worked against the PDP, pointing out that the PDP remains the only party in Rivers.

He dismissed the panel set up by the Inspector General of Police on the December 10 rerun elections as part of the plot to charge him for treason, just as he dismissed the allegation made by the Department of State Security (DSS) that he attempted to cause crisis in Abuja.

Wike said some youths who were unhappy over the protest against him in Abuja wanted to stage their own protest but were prevented by security operatives from going ahead with the plan.
Reacting to his attacks on the party and its leaders, the APC said yesterday that Wike’s utterances yesterday at his party’s event in Port Harcourt remained typically symptomatic of someone caught committing a heinous crime and who has become confused and decides to pour dirt on anyone and everyone in sight.

It also described Wike’s allegations as that of a person who has become hysterical having been caught commuting a crime.
The state publicity secretary of the APC, Chris Finebone, said in a statement: “Governor Wike’s accusation that APC is planning to bomb his plane simply underscores the extent the governor has become hysterically frightened of his own shadow and his past iniquities.

“It is quite unfortunate that Governor Wike has become helpless in dealing with the outcome of his past actions and is constantly suffering psychological relapses.

“It is unfortunate that for want of credible defence of the many serious accusations against him, Governor Wike is resorting to raising wild accusations against the APC to mask his helplessness.
“The APC simply takes pity on the condition of the governor and honestly prays he gets help very quickly before his situation gets out of hand.
“Nigerians now have a proof of the person that prides in threatening to kill people and definitely the person is not of the APC.”

However, the leadership of the PDP in Rivers State, comprising the state, local government, ward executives and members of the state caucus, has passed a vote of confidence on Wike for what they termed his “superlative performance”.

The leaders of the party passed the vote of confidence on the governor at the end of year party for PDP executives held in Port Harcourt yesterday.

Former Deputy Speaker of the House of Representatives, Hon. Austin Opara moved the motion, which was seconded by former Minister of Sports, Dr. Tammy Danagogo. The motion was unanimously adopted by the 8,000 party executives in attendance.

Addressing the party leaders after the vote of confidence, Wike said no matter the funds moved to the state faction of the opposition APC by the Niger Delta Development Commission (NDDC) and other federal agencies , PDP would remain the only party on ground in the state.
He said those who are hatching different plots to destabilise Rivers State would be consumed by their own plot because they are fighting God.

He said: “In trying to destabilise Rivers State, they will be consumed because they are fighting God. The PDP is on ground in Rivers State, even if you share the entire money of NDDC to Rivers APC, Rivers State will remain totally PDP.
The governor called on the people of the state to remain firm despite the “evil machinations” of the APC.

He assured residents of the state that with the 70 per cent allocated to capital projects in the 2017 budget, they will witness unprecedented development.
Chairman of the day and former acting National Chairman of PDP, Prince Uche Secondus, said that PDP won the rerun elections because of God and the performance of the governor.

Former Rivers State governor, Mr. Celestine Omehia also lauded the unprecedented projects delivered by Wike and his regular payment of salaries, saying he had surpassed the immediate past governor, Rotimi Amaechi who got N3 trillion in eight years.
The highpoint of the occasion was the presentation of awards to members of the state executive committee for their roles in the development of the party. 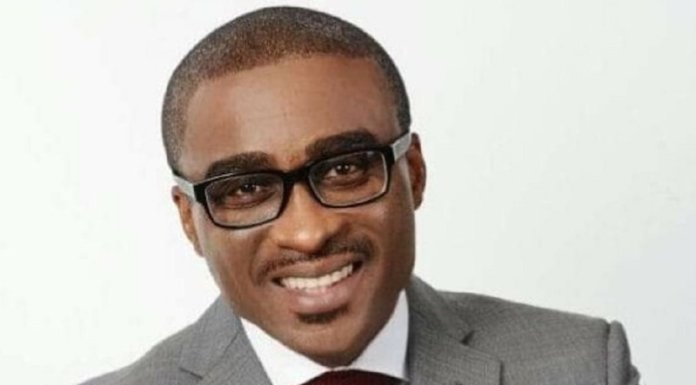