DAILY SUN of December 19 welcomes us today with a cornucopia of errors: “FG to exit recession via heavy spending in (on) infrastructure” This is what I call Recessionary English! “If Africa unites and says no to sit-tight rulers, and demand (demands) that they vacate office once the people have so decided….” “NFF congress commends Buhari over (for) Falcons” “The state, therefore, does not deserve the treatment being currently meted to it”. Fixed expression: meted out (to). “Chief of Naval Staff advocates for increased productivity via industrialization” (Vanguard Headline, December 9) “What a wordy head! When used as a verb, ‘advocate’ does not admit ‘for’.

Let us economize words, especially in headline casting: Naval Chief advocates increased productivity. Quite easy done…. From the paper’s comment and headline, we move to its VIEWPOINT blunders of the same day: “For the university to recommend that students should pay for the damages while they have…”A recurring error: except in legalese, ‘damage’ cannot be pluralized. “…rather than investigating and finding out who were involved and check against future re-occurrence.” Beyond recurrence, can an event yet to take place happen in the past? ‘Re-occurrence’ smacks of advertisement of illiteracy, as it does not exist. “…the university is pointing its accusing fingers in the direction of the lecturers.” True idiom: point a/the finger. No inclusion of ‘accusing’ or inflection of finger’.

You are welcome to my empire as we take on the Voice of the Nation of December 20: “It is our belief that we members of the alumni Association of our alma mata (Alma Mater) have unique roles to play in the restoration of sanity on our university campus. “In this instance, restoration of sanity to (not on) our campus…’Application of non campus’ is not generic. “Isn’t it funny that it is the beak with which a bird builds it’s (sic) nest that it uses to scatter.” Possessive: its “…the AU summiteers concentrated almost exclusive (sic) on the political independence and liberation of countries in the continent.” The Vanguard Front Page Comment of December 4 contained two rascal lines: “Monday’s action which started at dawn was as a result of the break-down of series of negotiations…” An agendum: a series of. …it could not be expected of Nigeria to fold its arms while some rascals were trying to take the region to ransomed (sic) and ridicule the Black Man in the comity of nations. “Standard from: hold (not ‘take to)’ somebody to ransom, which does not accommodate ‘e’.

The next here blunders are from the Vanguard News Page of December 4: “According to investigations, the deceased was said to be resting alone in his room at about 9.p.m…’ Every reporter should be decisive based on timing which description to sue: either at or about 9 p.m. The two calculations cannot con-function. “According to the source, the institution has a very high percentage of failure in the last academic year.” Reported speech: the institutions had (not has). “… that the authorities of the institution was (were) still waiting the result of the police analysis of the bomb”. Vanguard View Points of December 4 recorded some lexical losses: “And to press the point, the Chinese Prime Minister, Mr. Li Peng (another comma or none at all) was in Nigeria few weeks ago….” “…in the next three years, its per capital income would have….” This way: per capita income. “The contemptible (sic) punctuation, last week, of Sierra Leone’s latest attempt at democracy by that country’s rebel fearing (a hyphen), ill-disciplined and thieving soldiers have again….” The punctuation … has (not have).

“We have a nation of workers who form the bulk of the electorates and ye they are not or their leaders are not in the mainstream politics.” ‘Electorate’ is uncountable. THE GUARDIAN on Sunday of December 18 circulated dozens of blunders: “Then it was catalogue of misses for the Super Eagles.” In the spirit of qualification: a catalogue of misses. “The home of the chairman…was vandalized and most of his properties littered outside.” No chaos: most of his property. “The fragile labour leadership that was muscled in the Babangida era was (finally) killed with the appointment of administrators.” I annul ‘muscle’ for muzzle’! “It took a de Gaul to end the senseless killings and France acquiescing to the self-rule agitation of Algerians.” Away from anarchy: acquiescing in (not to). “There will be lots of entertainment, music, a special buffet and the show will be rounded up with a Grand Ball”. The revelry will be rounded off with a grand ball.

It cannot be arrested! “In a bid to escape with their booties with (in) a helicopter gunship….” I am opposed to adventures in grammar, booty’ is uncountable. “A fall-out of the latest mergers was expected to be a personal, household product company with a comprehensive range of cutleries”. The last word in the extract is uncountable. “We’d noticed the professor was not too comfortable standing under the blazing sun, but we thought she would nerve it through.” Everything under the sun, but standing in the sun or in the rain (not under the rain). 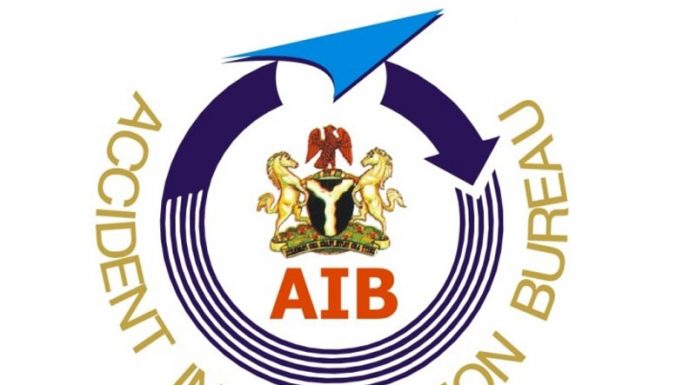