To borrow the practice of academics, let me define my terms. Room 4.01 in the New Senate Building in the National Assembly Complex, Abuja, is the office of the President of the Nigerian Senate, who doubles as chairman of our bicameral parliament.

And the present occupant of the office is Senator Abubakar Bukola Saraki, a University of London trained medical doctor, scion of the prominent Saraki family of Ilorin, Kwara State, where he had served as elected governor for eight years and also doubled as chairman of the Nigerian Governors Forum between 2006 and 2011.

As the man marked his 54th birthday on Monday, December 19, what defines him is the silent reforms he is working with his colleagues to introduce into the operations of the upper legislative chamber in the country. The changes span the small issues to the key legislative process, which makes the chamber performs its lawmaking, advocacy and oversight functions effortlessly.

For instance, he has been able to persuade his colleagues to ensure that plenary proceedings commence exactly 10 am as stated in the Senate Standing Order, unlike what obtained before now. There is also an order as to what issues come on the floor on each of the three days the Senate sits at plenary. On Tuesdays, the Senate focuses on motions which are intervention instruments on issues of national importance.

Wednesday is now devoted to first and second reading of new bills while Thursday is devoted to consideration of reports from committees working on bills to be passed into laws. Reports on petitions investigated by the Committee on Ethics, Public Complaints and Petitions are also considered on Thursday. Again, the other two days are devoted to constituency visits and committee sittings.

This new system has given order, methods and direction to the work of the Senate. It also makes monitoring of the performance of committees easier. And with the setting up of a Compliance and Monitoring committee headed by Senator Babajide Omoworare, the work of the committees have improved. That is another product of the good leadership under Saraki.

The incumbent Senate President had on resumption last September from the annual recess led his colleagues in making the most fundamental intervention ever made in the history of the lawmaking chamber. With all signs being obvious that the nation’s economy was sliding into a recession, Saraki called some of his colleagues during the recess and they held series of meetings with people in the private sector, the academia and some development partners.

On resumption, he declared that the new agenda of the Senate is now economy, economy and economy. The Senate then held a two-day debate broadcast live on television on the economy after which it came up with a 21-point suggestion presented to the executive.

As part of the 21-point plan, 11 bills were selected as priority economic bills. By today, four of the bills had been passed into law while six others are about to be submitted for final and third reading before passage into law.
All the economic recovery bills are to be passed with the 2017 budget and submitted for presidential assent early next year.

Also, under Saraki, the Senate now vigorously, consistently and constructively engages and partners the private sector on major issues, particularly on the issue of ease of doing business.

In a reaction to the World Bank Doing Business 2016 Report, which rated Nigeria 169th out of 189 countries, Saraki immediately inaugurated what is now known as the National Assembly Business Environment Round-Table (NASSBER) in which the legislature partnered the National Economic Summit Group (NESG), the Nigerian Bar Association (NBA) and the United Kingdom Department for International Development (DFID) to review over 100 laws and bills that have to do with establishment of businesses in Nigeria.

Today, the NASSBER report which categorised the bills into high, medium and low priority bills are serving as the compass for the various bills that the Senate is working on. It is believed that if it is easy to establish and run businesses in Nigeria, investors will troop into the country, improve the gross domestic product, create jobs and help develop the much talked about potential of a great country into reality.

One of the priority laws proposed to be amended was the Public Procurement Act. The law has now been amended to make it compulsory for all government ministries, department and agencies to patronise locally made goods and Nigerian suppliers except, where they are not available. It also reduced the number of days in the procurement process from the day the bid is advertised to the day the contract is awarded while it increased the amount payable as mobilisation fee.

The new Public Procurement Act is expected to aid the ‘Buy Made in Nigeria Goods’ campaign being promoted by Saraki and his colleagues in the Senate. The inter-relationship of laws with reality and what happens in the homes of Nigerians, their market/work places and their relaxation centre is obvious.

The legislator in Room 4.01 is a policy wonk, a process man and one who is fixated with strategy. He believes that a task must have an objective. And that every step taken in the accomplishment of the task must be related to the overall objective. At every point, he asks: why are we doing this? Does it contribute to our goal and objective? What is our strategy for this assignment? If these questions are not answered, you may not get his buy-in. As he says, we should not allow outsiders to dictate what our objective is and the strategy for achieving it.

Perhaps, it is his medical training that influenced this fixation with process and strategy. Or it could be his on-the-job training in the banking sector. He likes having a pattern to his plan in such a way that every step taken is traceable to achievement of the overall objective.

He says his goal as Senate President is to be remembered as one who enhanced the relevance of the institution to the point that the citizenry appreciates how the laws, advocacy and oversights embarked upon by the lawmakers make positive impact in their daily existence.
That is why he always canvasses that in media’s reporting of the bills and motion passed by the Eighth Senate, he will like the emphasis to be on which group of people will benefit and how will the benefits positively affect their lives.

Another of the goals one can deduce from him is to see that the Senate is process-driven, transparent and ready to adopt the global best practices in its day to day operations. He is working to open the budget of the National Assembly to public scrutiny.

The Eighth Senate under him has activated the e-voting facility in the Senate and has commenced the process of e-parliament with order paper, notice paper, reports of committees and documents easily accessible online through the now very active Senate website. Senate plenaries and public hearings are now live-streamed on the Internet. Civil Society groups now participate in budget debates in the National Assembly.

A committee led by Senate Leader, Muhammed Ali Ndume, has submitted a report on how to radically reform the budget process. Some of their recommendations will help to make the passage of the 2017 budget easier. There are others that will take effect during the preparation and passage of the 2018 budget.

As Mohammed Al Maktoum, the United Arab Emirates leader calls him, Saraki is a General in the Development Army, who having won the confidence of his colleagues, often nudges them to achieve more results. The Senate under him is so fast in making decisive interventions that are helping to resolve serious, but budding national problems.

From the ASUU strike, the proposed policy to punish those who possess foreign exchange, the hike in telecom data price, the plan to raise electricity tariff, the forex policy preventing people from paying in money into their domiciliary accounts, the overcharging of Nigeria by the operator of the platform for collection of public funds into the TSA and the growing cases of mob killing, the Senate intervention, often decisively and timely, saved the day.

Many have wondered what is the man’s secret of staying in power even in the face of the distraction he has experienced as he moves to provide solid, remarkable and unforgettable leadership for the Senate. The answer, perhaps, lies in his acceptance of the fact that in the Senate, unlike in his former position as governor, there is no chief executive.
What you have is a primus inter pares. Also, he believes that if his colleagues see that he is fair to all and mean well, they will support him in achieving the noble goals. Saraki is also lucky to have as colleagues, Senators who realise that the strength of the institution is in members staying together and resisting any externally-induced division.

At 54, his work rate has continued to increase by the day. He is working so hard and reading so often that I always have the feeling that he is bent on setting such a high standard that whoever comes after him to occupy Room 4.01 will have no option than to sustain the standard. Any attempt to lower the standard or offer something below the present dynamic leadership will be too obvious and attract so much odium. The man is raising the bar.

He has made the work involved in leading the Senate to overshadow the glamour of the office. Whoever desires to occupy that office will think twice. It is never going to be a tea party from now on.

As he celebrates today with prayers from family, friends and supporters, who are already gathered in Ilorin and later have a session with fresh graduates of Kwara origin, who made first class in various disciplines, one can only wish the Turakin Ilorin and Commander of the Order of Niger, many happy returns.
– Olaniyonu is Special Adviser (Media and Publicity) to the Senate President

Quote
The legislator in Room 4.01 is a policy wonk, a process man and one who is fixated with strategy. He believes that a task must have an objective. And that every step taken in the accomplishment of the task must be related to the overall objective. At every point, he asks: why are we doing this? Does it contribute to our goal and objective? What is our strategy for this assignment? If these questions are not answered, you may not get his buy-in 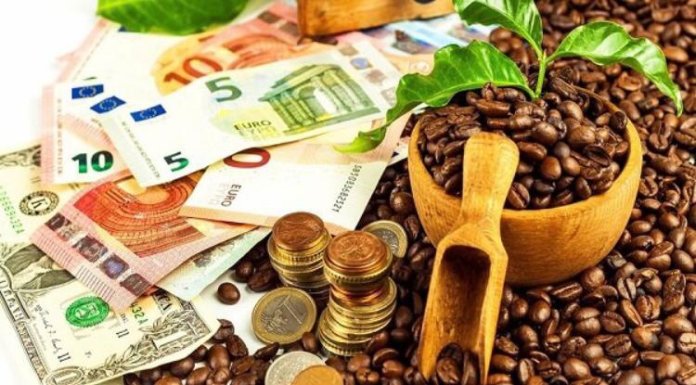