Many thanks to Kayode Komolafe for his informed pan-African tribute on this page last Wednesday to the late Comrade Fidel Castro Ruz, entitled “History Will Absolve Castro.” He commendably “absolved” (as it were!) the iconic Cuban Revolutionary leader of some posthumous ideological smear such as that of America’s President elect Donald Trump’s dictated slander; that Fidel was “a brutal dictator”! Few hours after his death, the Western media was in frenzy with predictable posthumously distorted historiography of Fidel as “a rebel and strong man” who with iron hands muzzled the people of Cuban island. The received image of Fidel in Africa, (no thanks to CNN!) was that of a defiant anti-American strong who had survived countless assassination attempts by God-knows-Who.

Nobel Prize Winner in Literature Wole Soyinka still agonises on how common sense is increasingly uncommon here. Komolafe has, however, shown that “uncommon” and real sense grounded in history and pan-Africanism still abounds in this continent. He objectively encourages us to see Castro beyond the Cold War prism as he beams a search light at a robust legacy of a revolution which had long achieved Millennium Development Goals (MDGs) well before the UN adopted them in 1990; a revolution that “has produced an educated people”, crashed to the barest minimum by global standard infant mortality, HIV infection rate and turned an island of 11 million people into a global capital of human solidarity with its positive impact in de-colonized Angola, Namibia and liberated South Africa and recently Ebola-stricken Liberia and Sierra Leone. He reminded us of what is not fashionable by news agencies to report today: that about 36, 000 soldiers of the Cuban Revolutionary Armed Forces (FAR) fought in the war to liberated some parts of colonized Africa, out of which 4, 300 died !

The remains of Fidel Castro, former Prime Minister (1959 to 1976) and President (1976 to 2008) of the Republic of Cuba have been laid to rest in the Cuban city of Santiago, nine days after his death at 90. As Nigeria Labour Congress NLC and its allies civil society pay a tribute to the great friend of Africa tomorrow morning in Abuja. As far back as 1975 Fidel Castro declared “We are a Latin-African nation….African blood flows through our veins.” The interest of yours comradely is purely academic bringing to the fore the essential qualities of the late Fidel. Paradoxically very few global leaders lived and governed like a philosopher king like the legendary Fidel Castro. Articles and Reflections by Fidel after he stepped down from power in 2008 covered wide range of topics from politics to medicine, international diplomacy to climate change, Arab springs to global peace.

One essential non-ideological leadership quality of Fidel is power of knowledge and education. As far back as 1986, Fidel Castro in a rare interview granted to two Americans – Dr. Jeffrey Elliot and Congressman Marvin Dymally – discussed a wide ranging number of issues, including US allegations of Cuba-Columbia narcotics connection, leadership and leaders, the Third World debt problem, apartheid, the arms race and Cuba’s relations with the United States and the then USSR.

The three-day interview later passed for a book entitled; “Nothing Can Change the Course of History.” The handy book shows the then 59-year old Castro as a most knowledgeable statesman man of global events and issues in his country, the Third World and the world at large. It throws more light on Castro’s personality and his vision of the world. A striking feature of Castro’s personality is his exceptional mastery of data and basic information to buttress logical analyses. He could forget telephone numbers, “unless there’s a special motivation.” “However, if you give me a figure on economics, I hear it or read it once and I don’t forget.

If you give me a figure on public health, on education, on economic programmes, or even scientific data, I don’t forget.” Castro says, he has read Darwin’s down to Alex Harley’s Roots. He describes “Roots” as “a wonderful reconstruction of the human tragedy that was slavery.” He has read the Communist Manifesto and classic works of Marx, Engels and Lenin down to Churchill’s memoirs and anything published on Cuba that “I can lay hands on.” He told his interviewers: “I can grab a book and forget you.”

Another essential feature of Fidel leadership legacy is his globally acknowledged selflessness and disinterestedness, which by Nigerian “leadership” standard qualifies Fidel for canonization into sainthood. According to Fidel, “Material goods do not motivate me. Money does not motivate me at all. The lust for glory, fame, prestige does not motivate me. I really think ideas motivate me”, said Castro, echoing Cuba poet, Jose Martins words: “All the glory of the world fits into a kernel of corn.”

It is commendably for President Raul Castro to honour Fidel’s dying wish “that no statues be erected in his honor and no streets be named after him”. According to Raul Castro; “The leader of the revolution rejected any manifestation of a cult of personality,”. Are Nigerian leaders accumulating mansions willing to learn from Fidel that all that do impact on humanity is vanity!

It is also remarkable quality of Fidel is his objective non-doctrinaire assessment of historic and sacred figures. For Castro, Jesus Christ and the Prophet Mohammed (Pbh) are the world’s greatest leaders because “… each of them had a doctrine, founded a doctrine and was followed by multitudes…they were religious leaders but leaders nonetheless.” His assessment of leadership qualities is also based on the requirements of different historical possibilities. “If George Washington had been born 50 years after independence, he might have been unknown and the same hold true if he’d lived 50 years before it.” Fidel sees Indira Gandhi, Argentine-born Che Guevera and scores of French revolutionaries, America’s Roosevelt, Lincoln and Jesse Jackson as great leaders.

But Castro would not answer in the affirmative that he is a “leader”, remarking that it is an “old theory that associates historical events with individuals, and more so in the Third World where Western stereotype has equated “leader” with a “chieftain”. “I am amazed that in West, where you suppose that there are cultured societies and that people think, there’s such a strong tendency to associate historical events with individuals and to magnify the role of individuals.

I can see it myself: Castro’s Cuba, Castro did this, Castro undid that. Almost everything in this country is attributed to Castro, Castro’s doing, Castro’s perversities. That type of mentality abounds in the West, unfortunately, it’s quite widespread. It seems to me to be erroneous approach to historical and political events.” Castro does not conceal his faith in human beings saying the potential capacity of human mind is infinite.

“It is said that people use only 5 to 6 per cent of their mental capacity. Nobody can imagine the kind of computer a man has in his head.” If there are “leaders” at all in Cuba, according to Fidel, they are doctors, manual and intellectual workers, school teachers and students, all armed militia and “the legion of anonymous heroes who constitute the people.” A great orator in his own right, Castro disagrees that he is a “masterful communicator” and humorously adds: “I have a great competitor and that’s Reagan”.

Castro addressed the UN General Assembly for 41/2 hours in September 1960 and often spoke for hours on end at rallies attended by millions of Cubans. “I have a stage fright” says Castro, who scorns written speeches, which he describes as always colder and often the fruits of abstract inspiration.” “When you’re in direct contact with the public nothing is artificial, nothing is abstract, you get better ideas, and words are more persuasive, more convincing.” The world not just Africa would miss Fidel’s love for humanity. Fidel is dead! Long live Fidel !! 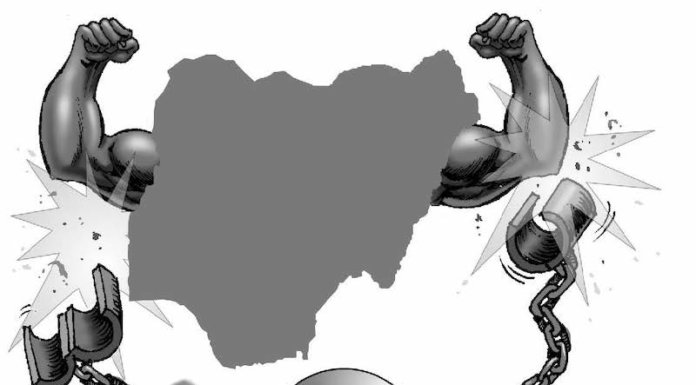