“To love and be loved is to feel the sun from both sides,” said David Viscott, late American author and media personality, in one of his literary voyages into the realm of love. His enduring words perfectly describe the mood of President Muhammadu Buhari’s beautiful daughter, Zahra, and her fiance, Ahmed, son of billionaire magnate Mohammed Indimi.

Both are set to solemnize their relationship soon. In preparation for the marriage, an introduction between both families held at the Aso Villa, Abuja on Friday, Nov 18, 2016. It was a small but eventful ceremony. Findings revealed that President Buhari and Indimi had always been very good friends with a lot of history between them. Thus they are pleased with the union of their children.

Zahra and Ahmed had been friends for quite some time thus it was hardly surprising that their relationship eventually blossomed into love. Both Zahra and her future groom, who serves as the Head of Crude Oil Marketing in his father’s company, are ecstatic about their impending wedlock. The wedding ceremonies will be holding in Abuja and Maiduguri, between November 30 and December 4, 2016.

MAKING SENSE OF THE SILVER SPOON MARRIAGES OF THE CORE NORTH
•NORTHERN ELITE CEMENT SOCIAL AND POLITICAL RELATIONSHIPS BY GETTING THEIR KIDS MARRIED TO EACH OTHER
Again the wedding bells toll in Nigeria’s northern region. Like persistent, soothing draft of the north wind across the Pacific, glad tidings of love and pleasurable wedlock rent the air from the exclusive circuits of Nigeria’s northern elites. Halima, the beautiful daughter of former Borno state governor and factional Chairman of PDP, Ali Modu-Sheriff, is set to wed her fiance, Captain Ronnie Dankabo, who is the son of late business mogul, Mohammed Adamu Dankabo. Their wedding is slated to hold in Maiduguri in December.

Expectedly, Modu Sheriff is leaving no stone unturned to give his daughter a wondrous wedding. Until their union, they were like jagged pieces of two glass hearts yearning for their missing parts. Then they found each other and fit perfectly in place. The first molded with the second and in the heat of the moment, held from head to toe. A perfect masterpiece, a love so high it despises going low. Predictably, many people are eager to be part of the memorable celebration.

The couple’s wedding is one of the several weddings taking place among the wards of superrich northern families. And the northerners have surely mastered the art of partying like the southerners. Over the last few months, silver spoon kids from the region have engaged in high octane society weddings as if wedlock is going out of fashion. From Atiku to Buhari, Shagari, Ali Modu Sheriff, Indimi among others, the wedding bells toll delightfully and invitingly. Pundits however, aver that the weddings are mainly strategic. Highly informed sources argue that prominent aristocratic families of the north are deliberately getting their kids married to each other in bid to secure their social, economic and political futures.

LIKE A THIEF IN DAYLIGHT… TOYIN AIMAKHU’S EX-BOYFRIEND, SEUN EGBEGBE, ARRESTED FOR SHOPLIFTING
•HOW NOLLYWOOD ACTRESS’ EX-BOYFRIEND LANDED IN HOT SOUP
Every thief suffers the affliction of dishonour. Thus honour hangs loosely about Seun Egbegbe, like a giant’s robe upon a dwarfish thief. The former boyfriend of Toyin Aimakhu, Nollywood actress, was recently arrested for stealing phones at Computer Village in Ikeja, Lagos.

According to an eyewitness, Egbegbe stole the phones from Keelcech Innovations, a store in Computer Village, around 9:30am on Tuesday. Egbegbe, who reportedly stole two iPhone 7 and some iPhone 6 plus, attempted to make away with the gadgets before he was apprehended by the sales attendant and other workers in the store. Egbegbe was beaten to a pulp by the traders before he was handed over to the police. He was taken to Area F police station in Ikeja for interrogation after his apprehension. It would be recalled that Toyin Aimakhu dated Egbegbe shortly after her separation from Adeniyi Johnson, her ex-husband. 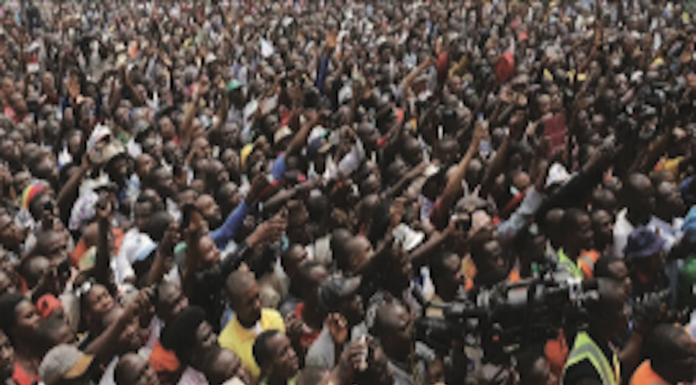