By S. Ademola Ajayi
He is one of the finest that have trodden the Nigerian landscape. He did with a swaggering mien; dotting Nigeria’s historical pathways with unmistakable imprints of excellence and profound accomplishments. He is Alhaji AbdulGaniyu Folorunsho AbdulRasaq (SAN, OFR). He was the first lawyer to emerge from the old Northern region of Nigeria. His close relations and circles call him Baaba. As if to underscore his iconic personae. Baaba is pronounced with some kind of fondness, that which is reserved for outstanding men. Men, so amiable and rare, and yet so unique. AGF AbdulRasaq clocked 89 years on Sunday 13 November 2016. It is not yet the fullness of his times; he is still relishing in his world, in good health.

His exemplary journey through the years started in Onitsha, his place of birth. Born on Sunday, November 13, 1927, his incredibly rich life story is full of lessons in hard work, patriotism, dogged pursuit of excellence, and faithful interface with man and God. Here is a man with parentage root deep in the North Central City of Ilorin; delivered to the world in Onitsha in the South-eastern part of the country; and started his early western education in the South East, traversing the South South for his secondary education in Buguma, and the South West for his university education in Ibadan.

His early life journey truly grilled him in the mould of a classical nationalist, possessing some of the finest attributes that separate men who make history from men who were part of history. He lived and worked in Lagos, in the South West; and was to later have his base as a lawyer of repute in the Kaduna-Zaria axis in the North West; while his legal practices and political excursion took him to Maiduguri in the North East.

It was in the North East city of Maiduguri that he was appointed national legal adviser of the Northern People’s Congress (NPC). AGF Abdul-Razaq took the challenge of being the first National Legal adviser of NPC, in company with the Northern leaders like Sir Ahmadu Bello, the Sardauna of Sokoto and Alhaji Abubakar Tafawa Balewa, laid the foundation for the development of the formidable Northern political machine. NPC did not only emerge so daunting in the North, it was a behemoth of a political movement that trod the Nigerian political scene from the pre-independence period, leading to the First republic.
As one of the founding fathers of the Nigerian nation-state, Baaba has consistently remained a central figure in Nigeria’s political life and in the country’s legal firmament.

Besides, he has served the larger society in various capacities, of which he holds many firsts. Part of his uniqueness lies in his being the very first lawyer in the whole Northern Nigeria; the first and only national legal adviser of the Northern People’s Congress (NPC) on the eve of Nigeria’s independence and all through the country’s First Republic; the First Mutawali of Ilorin; proprietor of the first private secondary school, called Ilorin College, Ilorin, (now Government High School, Ilorin) in Kwara State; first Commissioner for Finance in Kwara State; first Northerner to be offered and gazetted for a substantive appointment as High Court Judge in 1969, which he politely turned down.

AGF Abdul-Razaq is a study in community service. Community in his worldview being whatever environment you find yourself. With this underlining principle, he has, at every step of the way, succeeded in defining for himself a public career that is characterised by a determination to serve his micro community – Ilorin; his home state – Kwara; his nation – Nigeria; and indeed all humanity.

In all these junctures of his life and in the multi-faceted roles he has been privileged to play, he has acquired a reputation as a man of courage, conviction and style. One particular thing that has stood him out throughout his over sixty years of active career and public service is his consistent demonstration of the public spirit, a trait that is lamentably scarce to find today. His is a world devoid of the modern day more commonly found undisciplined appetite for lucre of public service and self-aggrandizement. He often wonders why many in high and low places are getting increasingly locked in a theatre of self, primitive accumulation of wealth and extreme individualism.

AGF AbdulRasaq’s selflessness stands him head and shoulders above many of his contemporaries in community service. He is an outstanding contributor to national development. A very active life of service spanning over six decades created a labyrinth of achievements in the legal profession, politics and business. He was Nigeria’s Ambassador to Cote D’Ivoire; Member of Parliament, Northern Regional House of Assembly; Minister in Nigeria’s First Republic in charge of railways, where he laid an enduring foundation that kept the rail system alive even after decades of neglect.

He was a Commissioner in his home state of Kwara; Chairman of the Body of Benchers; School proprietor and administrator; Member, Constitution Drafting Committee; President, Nigeria Stock Exchange; director and chairman of many private companies, among others. It is note worthy that AGF AbdulRasaq rode on these diverse plains unblemished, leaving behind testimonies of excellent performance and selfless service. At each post, he displayed ability, integrity, determination, endurance, organization and foresight not only to play each of these parts creditably and worthily, but also to succeed, legitimately, within the Nigerian environment. That Abdul-Razaq has made success in such a myriad of human endeavours therefore must be evidence that he possesses these qualities in due measure.

No wonder he was a recurring decimal at each time Nigeria needed men of valour and foresight to chart a new course. He played a pivotal role in the drafting of the Nigerian Constitution, sequel to Nigeria’s return to democratic rule in 1979. A veteran journalist, Eric Teniola, captured AGF AbdulRasaq’s huge impact in the process of drafting a befitting constitution preparatory to Nigeria’s return to democracy in the Second Republic. In his words:

The significance of AGF Abdul-Razaq’s rise to fame from a nondescript beginning lies in the lessons imbued in hard work, integrity, selflessness, doggedness, positive ambition and belief in the efficacy of prayers. Being a pioneer in many areas, with not much examples around him to learn from, AGF Abdul-Rasaq faced daunting challenges waggling his way courageously up the ladder of social status with the keenness of a brave and passionate man. He is indeed a shining beacon to what can be achieved if one applies oneself to determined intellectual and honest pursuit for the benefit of society. To the Ilorin people, in particular, who had favoured Islamic education ahead of the western education, a situation that shortchanged them in a country fashioned after the British language and learning, AGF AbdulRasaq was a pathfinder. He showed how one could excel in both the Western and Islamic education.

Perhaps, this hitherto uncommon accomplishment signaled the reversal of a situation where Ilorin people were being maligned and treated with derision by their more educated neighbours on the eve of Nigeria’s independence and in the immediate post-colonial years. AGF Abdul-Razaq’s examples and achievements stood unparalleled during those formative years of national development, helping to promote the confidence and pride of his people. Ilorin has since continued to hold its own politically and socially; and more significantly, in the legal profession, it has aptly earned the appellation “City of Lawyers”.

With his style of politics and human relations that are transparently devoid of savagery, avarice and betrayal, contemporary and future political actors and professionals have much to imbibe and emulate in AGF Abdul-Razaq. It is in people like him the country could find the right tools to navigate from decadence to locate the right moral compass. It is, therefore, hoped that with the reintroduction of history into the curriculum of our schools and colleges, the younger generation of Nigerians, through a study of our national history, will find not a few things in the lives of our heroes and legends, past and present, to fire their imagination in the challenging but exciting struggle to build a new Nigeria of our dream.

Finally, on this event of his 89th birthday anniversary, no gift would be more befitting for this iconic personality, the Tafidan of Zazzau (Zaria), than for the young and the old in this country to rise through the present challenges with determination, integrity, selflessness, unity of purpose, and doggedness, qualities that stood AGF Abdul-Rasaq out, in pursuit of excellence and for the good of Nigeria.

Moving from the departure lounge of one’s octogenarian years, towards the arrival lounge of nonagenarian years, is certainly an occasion that calls for celebration and immense appreciation to God. I therefore join many well meaning Nigerians in wishing him longer life in good health in this evening times of his.
· S. Ademola Ajayi is a Professor of History, University of Ibadan, Nigeria 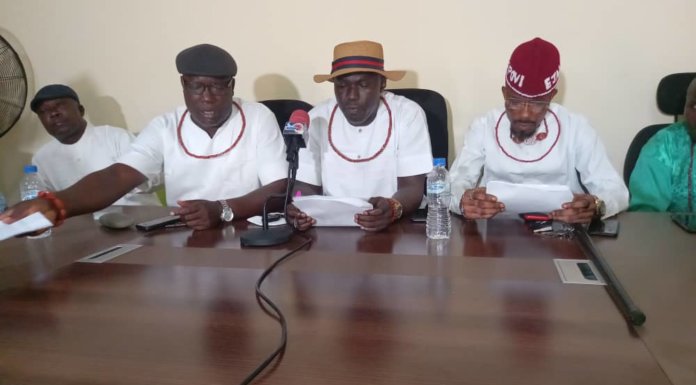