Home Nigeria Bakassi Strike Force: Why We Returned Captured Arms to military
Share
WhatsApp
Facebook
Twitter
Email
Google+
Pinterest
Linkedin
ReddIt
Print
Tumblr
Telegram
StumbleUpon
VK
Digg
LINE
Viber
….wants end to human rights abuse
The militant group operating in the creeks of Cross River, the Bakassi Strike Force (BSF) has advanced reasons why they voluntarily returned the arms they seized from the Nigerian military during separate clashes that pitched both parties in Bakassi Local Government Area recently.
According to the Leader of the BSF “General” Simply Benjamin, also known as G1, the militant group returned the captured arms as a way of demonstrating the preparedness of the militant group to give peace a chance, if the Federal Government was sincere in meeting its demands to give the Bakassi people a sense of belonging in the country.
The militant group also stated that the intervention of some well-meaning personalities and international bodies led to the return of the seized arms.
Addressing journalists yesterday in Calabar, Benjamin said it was not their desire to turn the state to a war theatre hence the olive branch dangled by the BSF to ensure peace returns to the area.
Speaking through his counsel, Ozinko Ozinko, the militant leader urged the Federal Government to reciprocate the gesture of the BSF by withdrawing the military from Bakassi so as to stop the human rights abuse perpetrated against the ordinary Bakassi people.
Ozinko mentioned some of the abuses current suffered by the people of Bakassi, saying they border on “refugee problems, slavery, rape, foreign exploitation, lack of means of livelihood and total abandonment by Government can be addressed.”
Ozinko stated that the clashed involving the BSF and the Nigerian military stemmed from what the former perceived to be betrayal because for five years, the militants have fought against the encroachment on Nigeria’s territory by the Cameroonian gendarmes and sea pirates and illegal fishing trawlers operating in their ancestral waters of the Bakassi people.
Recounting what led to the clashed, and the resolve of the BSF to defend the interest of Bakassi, Ozinko said: “On the 2nd September 2016, the Nigeria Army invaded the innocent people and lands of Efut Esighi and Bakassi. We can never tolerate such betrayal and provocation and on 25th September our patriotic fighters confronted the Nigerian Army with massive loss of lives on both sides.
“The BSF remains ever ready to defend our motherland, our people and God given resources to our last drop of our blood. Having been abandoned for all these years and sold into Cameroon by Nigerian Government, we had hoped that the Amnesty Programme of late President Yar’Adua would address the fundamental issue of Bakassi while taking care of the hundreds of fighters who have dedicated their lives to this noble cause. But as usual, after his death, corruption entered and selective amnesty was done, leaving us out even after we applied and offered to lay down arms and pursue peaceful dialogue.
“The Nigeria Government knows our capacity, arsenals and dedication. Cameroon gendarmes who we have captured severally know our capacity and strength. But we do not want to turn Cross River into another war zone and have continued to say we will not attack the numerous national assets in our zone. But the provocation must stop.
“With the intervention of some well-meaning Nigerians and international friends, who we shall not name for now, we have again offered to lay down our arms and embrace peace and work with the Government to ensure Bakassi people and their problems bordering on refugee, slavery, rape, foreign exploitation, lack of means of livelihood and total abandonment by Government can be addressed.
“As a mark of good faith and demonstration of seriousness, on November 8, 2016 by16:30 hrs we returned all the weapons our fighters captured during the last confrontation with the Nigerian Army at the agreed drop off zone.
“We call on the whole world and United Nations to note this unilateral declaration of ceasefire and return of captured weapons while we remain vigilant and wait for the response from the Nigerian Government. But, we shall not wait forever while maggots continue to feed on our land and resources and we are dying of hunger, rape, slavery and oppression.”
However, the BSF said they were prepared to dialogue with the federal government because their problems of the Bakassi people are peculiar and different from other groups agitating over oil resources.
“For now, we shall maintain our independence and refuse to take up the offers we have been receiving to team up with other International Groups and local Freedom Fighters for more effective confrontation and destabilization of Nigeria.”
“Beware of vultures who seek to profit from the struggles of our people and will come out to claim to represent BSF. When the Government shows seriousness and readiness to end the war in Bakassi, we will name our representatives for the peace talks,” the BSF leader said. 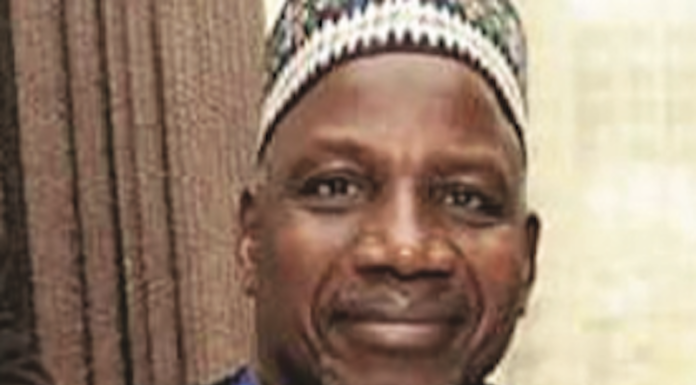