Professor Francis Abayomi Durosinmi-Etti is a cancer advocate and the President, Cancer Education and Advocacy Foundation of Nigeria (CEAFON). In this interview with Martins Ifijeh, he talks about the burden of the disease in the country, its grim picture and best ways to tackling it

How devastating is cancer in Nigeria?
Cancer is reaching an epidemic proportion in Nigeria, and am not just being alarmist. In fact, I am a realist. The truth is, the earlier we all sit down, listen, put things in the right position at the right time in order to see how we can reduce the effect of this thing called cancer, then the better for everybody. Global statistics have shown that in another 14 years, that is 2030 or thereabout, one in two persons will have one form of cancer or another. Now that’s frightening. The statistics also indicate that the impact will be felt more in the developing parts of the world including places like Nigeria. It is that bad and we are already seeing it everyday. It’s terrible and we need to do something about it fast.

What would you advice as the way forward?
What that means is that there is a lot of work for doctors, pathologists, surgeons and all the stakeholders who are involved in the fight against cancer. That also includes non-governmental organisations also. We need to make people aware about this scourge because you see, prevention is better and even cheaper than cure.

Infact, for us at CEAFON, before talking about prevention, we want people to start thinking about preempting it. They should know what to do, how to examine themselves, what tests they should do regularly. We also need to carry NGOs along. Today, we are working in parallel with government to make sure we get centres where people will be treated for cancers. Now, for you to get such centres, you need equipment. And of course when you have such equipments they will not work on their own. They need trained people to man them-so we are encouraging the training of doctors, nurses, pharmacists, in fact, we want everyone involved to come onboard.

That was why even before this year’s cancer summit started, we had a whole day for pre-summit workshop for pathologists and surgeons and other doctors who are all involved in managing breast cancer. Top of our agenda was our focus on what is called immunohistochemistry which is the immunochemical analysis of the breast tissue. We wanted to ensure that the professionals know how to do it well. Immunohistochemistry, I must add, is one of the modern ways of treating cancer. Beyond merely looking at the breast tumour,

If we can incorporate modern treatments like Immunohistochemistry and then continue with the aggressive awareness and advocacy activities, then we would begin to see positive results in the fight against cancer. And that’s what this summit is aiming to achieve.

Also, unlike in Europe and other developed countries of the world where about 80 per cent of people with cancer present early especially in the first stage where it can be managed, here in Nigeria, over 80 per cent present with late disease when it is almost incurable. So you can see that we have a lot of battles on our hands with respect to the fight against cancer. The truth is that we have a lot of work to do.

From what you have said, cancer in Nigeria has reached an epidemic level. How aware is the common man on the street about this disease?
Well, I think people are becoming more aware. I wouldn’t say everybody is total aware, but many more are becoming aware and they are doing their best to try and see that they do something positive about it. I can confirm and say yes that definitely, people are becoming more and more aware. The more we push it, the better for everybody

Universal Health Coverage has a major role to play in the fight against cancer. We have prominent pharmaceutical concerns like Roche and others present for the summit and we also have the National Health Insurance Scheme (NHIS) represented yet there is no single Health Maintenance Organisation (HMO) at the summit.

Does CEAFON Summit have the buy-in of HMOs, and if not, why?
Ultimately the HMOs will come onboard but don’t forget that we are only two years old and CEAFON only ratified her constitution recently. Ultimately, all the stakeholders are going to come but let us get the regulatory body onboard first which is what we have done. Then it would only be a question of time before others begin to fall into line. Don’t forget cancer treatment is expensive and even in Britain they don’t get it easily on NHS. But we are optimistic that Nigeria, by the grace of God will find a way forward at least to get substantial subvention so that, the treatment of cancer would be affordable to cancer patients.

What are you doing to address the dearth of radiotherapy in the country?
It’s a very big issue. But the government is alive to its responsibility and the Minister of Health has assured us that before December, something is going to done. In fact, we have had several meetings about this here in the summit. I suspect Public Private Partnership agreement will play a key role in solving this issue. I think that is the way we should be thinking because we can’t leave everything to the government. Interestingly things are looking up because some private and state-owned cancer centres with machines are springing up all over the country. 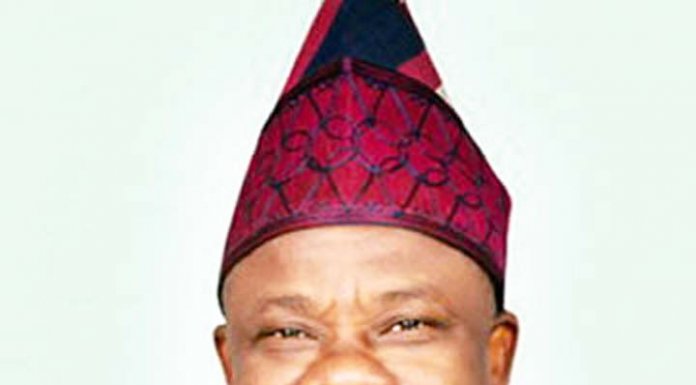