Uzor Maxim Uzoatu, popularly called Maximum Max, is one of the most visible poets in the country. Recently, he launched two books. He speaks about them, poetry and writing, in general
You launched two books recently, tell us about them.
It’s my two early plays, Doctor of Football and A Play of Ghosts, that I resurrected. Doctor of Football was produced as far back as 1979 in my hometown of Umuchu in Anambra State. It’s a children’s play that served my community theatre drive early on. A Play of Ghosts plays up the revolutionary ideals of my university days at Ife. So the books are actually plays as opposed to poetry.

Writers don’t make much money writing in this country, and the situation is perhaps worse in poetry, so why are you a die-hard poet.
Poetry is life, and I can’t just fathom how a non-poet stays alive. As the Good Book says, “money is the root of all evils”. Poetry is an angel of truth and must perforce stay away from evil, to wit, money and its diabolical apostles. Even so, the money men and women love the poet to distraction such that they are always hustling to pay the bills in the crazy bid to stay in the poet’s good books!
How are the books doing in the market?
What am I doing in the market to know how the books are doing there? I don’t know anything about business.

You must be one of the very few poets in the country. Why don’t we have many poets?
There is the statement that you if you throw a stone up in the air in Nigeria it will fall on the head of a poet. Every Nigerian is a poet! Novelists and playwrights are few and far between but poets are everywhere. Of course most of the verses can only count as dross, but then nobody can legislate against ambition and enthusiasm in versification no matter how misguided.
Poets are also known for elegance in prose writing. Why is that so?
Poetry is the sublime sound of language. Without the elegance there is nothing to crow about. When a poet plays football, for instance, it is seen as poetry in motion. Poetry does not only manifest in broken-up lines but in all compositions of the poet.

How many books have you written?
My manuscripts are scattered everywhere, and I am only now trying to organize them. Some have been published in different shapes and sizes. Seriously, I used to feel that writing was a sissy copout given the revolution that needed to be urgently addressed. Then my library got burnt along the line, destroying many of the works. My very enthusiastic literary agents in London, Radala & Associates, have since gone out of business while I battled with my revolutionary demons. Well, I have now returned to the business of finally fleshing out the publishing business. It’s only in due course that we can begin to count the books.

How do you combine writing with your work?
I largely work catch-as-catch-can, in editorial boards, editing commissioned books and journals and suchlike. I have never been in a 9-to-5 job. That kind of life is a veritable killer of not just poetry but the poet himself!

Would you rather be called a poet or a journalist?
When journalism calls, the journalist in me goes to the sources and reports by way of duty. I share the passion of journalism in the manner of the Colombian Nobel Laureate Gabriel Garcia Marquez, author of One Hundred Years of Solitude. The poetry is my life, starting from the womb where I serenaded the heart of my mother much to the chagrin of my father.

I know you read a lot? What do you like reading?
I read everything, from Ikebe Super to the Holy Bible. Reading is so crucial because you need to have the knowledge of something before you can truly criticize it or top it. I don’t like the dismissive attitude of many non-readers who dismiss what they don’t know about. These experts at ignorance are all over the Nigerian space.

How does reading influence your writing?
I doubt that anybody can write in a rich vein without the requisite reading. It’s the work of other writers that enriches what one offers. The early writings of authors are almost always imitative of their favourite authors until they finally come into their own. I travelled that well-worn road.

Generally, how do you write?
I used to write with the pencil. Now I use the computer. It’s as simple as getting the machine on and hammering away. Waiting for inspiration is akin to waiting for Samuel Beckett’s Godot. I can anywhere, anytime, anyhow…
How do you get your inspiration? Does it come to you or you go chasing it?
Hankering after the so-called inspiration is a one-way path to laziness. You can as well wait for inspiration until Judgment Day comes. Ideas will always gestate within one, and it takes an act of will to set it all down on paper.

What are your stumbling blocks in writing?
My great friend Jane Bryce did advise me early on that getting married may not be the best friend to the creative enterprise. I created kids in place of books. I have a family I do not want to starve because of poetry. It can be a drag but somehow we survive, as my late buddy Dennis Brutus, the legendary South African poet, penned.

Your hobby?
I played football like another late friend of mine, Okot p’Bitek, the Ugandan poet, author of Song of Lawino. I hardly ever see where to play ball with my mates these days. I walk under the rain when I can.

When you are charged up by writing, what is your favourite food and drink?
I don’t use performance-enhancing drugs. When I write I am as free as the bird. I don’t need any stimulant or catalyst or any high whatsoever. After writing I can jolly well go to my favourite watering hole by way of the parish at Divine Ministry, Ikeja, Lagos.

How would you describe the reading culture in Nigeria?
The people who read in Nigeria read a lot but the people who do not read cannot be helped. Incidentally it’s our so-called leaders who do not read. A lot is said about the lack of reading culture but the poor masses are so impoverished that they are only occupied with merely surviving to ever spare a thought for the pleasure of reading.
How can it be improved?
If the material conditions of Nigerians improve markedly then you can see readers out there. A man who does not have disposable income cannot be expected to buy books, especially in this absolute era of recession My experience with some of the young ones in schools these days is that they are ever willing to read once they are exposed to the books. The books should be made appealing to them. For instance, when Chinua Achebe published There Was A Country I got an original hardback copy from the great man via his son Chidi. My daughter Ziozioma could only read the selfsame book as a plagiarized paperback when she travelled to Awka, Anambra State for her university studies. She felt the hardback was, well, hard!
Which writers associations do you belong to?
I belong to the Association of Nigerian Authors, that is, ANA for Anarchy! I was once massively nominated for the presidency of the body and I contested against Odia Ofeimun, I guess in Ilorin, Kwara State. Despite my hall-shattering overwhelming support that left all the attendees in a tizzy I lost the election, I learnt via trustful occult revelation, because Odia happened to have played best-man to the returning officer Harry Garuba at his wedding! Let them sue me! At any rate, I am at one with the novelist Mikhail Bulgakov who wrote in his novel The Master & Margarita thusly: “A writer isn’t a writer because he has a membership card but because he writes.”

List your achievements in writing.
I do not believe in honorifics. All I can say is that as a journalist I have been a distinguished visitor to a Canadian university and in writing I was nominated for the Caine Prize for African Writing. What really matters is that I am still writing…
QUOTE: I used to write with the pencil. Now I use the computer. It’s as simple as getting the machine on and hammering away. Waiting for inspiration is akin to waiting for Samuel Beckett’s Godot. I can anywhere, anytime, anyhow…
pix: Uzoatu.jpg and Book launch.jpg

American publishers experienced a 2.7% decline in revenues in the first quarter of 2016 to $2.14bn (£1.65bn) compared to the same period in 2015, according to data released yesterday (20th September) by the Association of American Publishers (AAP).

Sales of adult titles and children’s/YA were both down, falling 10.3% and 2.1% respectively, although religious publishers saw their revenues increase 5.8%.

Sales also varied depending on format. Paperback sales were up 6.1%, whilst the download audio market saw a huge boost of 35.3%. However, the hardback market declined (8.5%), as did e-books sales (21.8%). The association does not track sales by self-published authors.

One strong area of the market was educational and professional titles, with ‘educational materials’ growing 8.6% in the quarter, whilst ‘higher education course materials’ saw a 20.3% increase in sales in during that time.

However, professional publishing was down 24.4%. 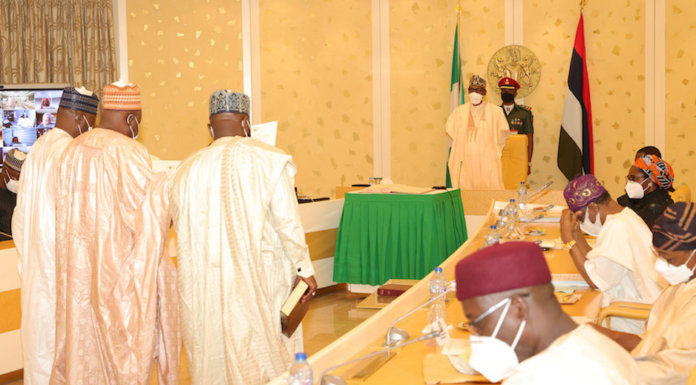