“Police is Your Friend“, a phrase that is gradually assuming the status of an axiom in Nigeria, is written on the walls of most police stations, usually pasted on police vehicles and carved on many other police infrastructure.

Though it is believed that the Nigerian Police work under serious constraints, mostly funding-related, not a few also agree that many cops, top-down, would do with some training in the handling of deadly weapons and lessons in police/civil relations.

With a number of unexplained deaths in the last couple of weeks of some residents of Bayelsa in the hands of the police and the attendant anger the deaths have generated, concerned citizens have begun to question the “police is your friend’’ sing-song.

First, it was 17-year-old Innocent Kokorifa, who was ‘extra-judicially’ murdered by a team of policemen who accused the young man of being an armed robber.

Perhaps, in anticipation of a backlash, the police in a statement stated that the youngster, who hailed from Okpotuari community in Southern Ijaw Local Government Area, exchanged gunfire with its anti vice/anti-kidnapping team.

The men who fired the shots that killed young Kokorifa, though said to be cooling off in a police cell in the zonal headquarters in Benin, Edo State, neither explained what he was stealing nor investigations that led to his culpability.

The reason the boy was shot seemed as hazy as his death. It would appear that despite the adduced reasons for his shooting, no one has told the public why the young man would pick a gun at about 11am and attempt to raid the neighbourhood where he stays without any form of disguise, not even a face mask.

But a police statement signed by Asinim Butswat, the command’s Spokesperson, maintained that “on a tip-off, officers went to an uncompleted building along Airforce Road, Okaka, Yenagoa, to arrest a three man notorious armed robbery gang.

The command said that “On sighting the Police and in a frantic bid to escape, the robbers fired at the Police, the Police returned fire.
“One of the suspects sustained a bullet injury, while the others escaped, abandoning one locally made single barrel pistol, one live cartridge, one expended cartridge and wraps of substances suspected to be Indian hemp.”

It added, “The wounded suspect was arrested and taken to the Federal Medical Centre, for treatment, but died few hours later. The deceased suspect was later identified as one Innocent Kokorifa.”
The young man who just finished his West African Examination Council and was awaiting his results, died after a bullet pierced his oesophagus. He was buried last Saturday at the Ebebelibiri Cemetery, Yenagoa.
In a ceremony that was mostly characterised by crying and wailing, family members and sympathisers gathered to pay their last respects to the youngster, whom they described as essentially ‘innocent’.

The deceased, first of five children of Mr. Daniel Kokorifa, an official of the Federal Road Safety Corps, was reportedly on an errand for his mother, Pere Kokorifa, when he was allegedly killed by the police.
Father of the deceased, who managed to speak to journalists during the burial rites, said he was optimistic that the killers of his son would be brought to book.

“What they have done to me and the people of the Izon nation must not go unpunished,” he said sobbing, adding that “If the judge feels that how they killed my son is okay, they will go scot-free, but if the judge says no, definitely, that trigger-happy policeman will pay dearly for the murder.”

The devastated father told newsmen, “I know the person that killed my son very well. He is a police officer who has been in the habit of killing people. In Abia State, he killed somebody and was locked up for nine months before he was released.

“The same person came to kill my son again. The name of the policeman that killed my son is (name withheld). He is from Southern Ijaw (our local government). I have seen the man at Zone 5, Benin City. He is still in detention with six other policemen that were involved in the killing,” he said.

He said the autopsy on his son carried out by a team of pathologists at the FMC confirmed that he died from the bullets fired by the particular policeman, stressing that his son was not a criminal as claimed by his killers.
“Innocent wanted to read Law before he met his untimely death,” he reminisced, still trying to fight back the tears that were already obvious.
According to him, “Innocent was a loving son, the kind of child every father would pray to have.”
“He doesn’t smoke, neither did he keep friends or late nights. He had no criminal record whatsoever and until his death, he was not of a questionable character.

“He recently sat for the West Africa Examination Council (WAEC) and he was awaiting his result before they killed him. We need justice. Killers of my son must be fished out and brought to justice,” he declared.

At the funeral, a rights activist and former Secretary, Civil Liberties Organisation, Mr. Morris Alagoa, said it was sad the teenager died in the circumstances he was killed.

“The death is unfortunate. We try to understand the circumstances under which the security agencies are working in this country, we appreciate the situation, but then, we (the human rights community) are saying that the security agencies ought to exercise restraint at all times because therein lies their discipline.

“As arms bearing persons, who are meant to secure lives and property, the discipline they had during their training ought to prevail in all circumstances.

“As a human rights person, I am saying that the investigation so far is going on well. Though initially it was very shady here in Bayelsa but for the intervention of Zone 5,” he said.

But on a day that the remains of Kokorifa, were being interred, another team from the state’s Special Anti-Robbery Squad (SARS) last weekend shot three persons in the Ekeki area of Yenagoa, the state capital.

While two of the victims, including four-year-old Godsgift Odoki and 30-year-old Anayo, died from the bullet wounds, doctors at the Federal Medical Centre, Yenagoa were battling to save the third.

The cops were said to have been on a raid on cult gangs engaged in violent battles along the Ekeki community, Yenagoa, when shots fired by them hit the three unsuspecting victims who were around the area at the time.
Admittedly, the police disclosed that in the latest incident, their men actually fired the shots, but said one person died immediately at the hospital, while the other two were still being treated.

“On the 22 October 2016, at about 1730hours, Policemen from the Special Anti-Robbery Squad, responded to a distress call of a cult attack at Ekeki Village, Yenagoa. The Policemen were ambushed by the cultists.

“Consequently, a police sergeant fired, the bullet ricocheted, and injured three persons who were unfortunately not among the cultists.

“The victims were rushed to the Federal Medical Centre, Yenagoa, for treatment and one of them later died. The sergeant who fired has been detained. Investigation is ongoing,” the release signed by Butswat, said.

The incidents have triggered anger in the state, with several groups and individuals questioning the role of the police in the protection of residents of the state.
The Bayelsa State chapter of the Civil Liberties Organisation (CLO),‎ led by Chief Nengi James in a statement called on the Inspector General of Police, Mr. Ibrahim Idris, to set up a special probe panel into the rising spate of Police killings in the state.

“We condemn the increasing spate of Police killings in the state and call on the IG to immediately probe the killings of the citizens and the indiscriminate arrest and extortion of huge amounts of money from the citizenry under the guise of bail,” the CLO said.

To drive home their point during the week, protesters marched through several streets in Yenagoa, over the killings.

The youths, mainly of Epie-Atissa Kingdom in Yenagoa Local Government Area, called for the immediate prosecution of the errant cops.

Before finally reaching the State House of Assembly and the Government House, along Mbiama-Yenagoa Road, where they laid their complaints, the youths under the umbrella of the Oguan Youth Congress (OYC), displayed placards with various inscriptions, demanding justice for the victims.
President of the youth group, Ken Godswill, said the two police sergeants who had been fingered in the shooting of the little boy and other victims should be prosecuted and punished accordingly.

“We are demanding justice. All we are saying is that justice should be done. SARS should be brought to book,” he said.

At the state House of Assembly Complex, the angry youths were received by the Chief Whip Tonye Isenah and Bernard Kenebai, the House Committee Chairman on Security.

The two lawmakers commended the youths for a non-violent protest, noting that the House was “upset by the killing incident.”

Isenah and Kenebai said the House was also aware of some illegal police operations, especially arrest-for-bail, in which victims were made to cough out huge sums of money to free themselves.

The lawmakers assured the youths that the House would address the incident adequately and “take it up with the police”, adding that the killing of the little boy was a serious matter.

Spero-Jack, an indigene of Atissa who addressed them in their dialect, said the government would also need the collaboration of the public to succeed in the effort to curb violence, criminality and insecurity in the state.

As the state continues to remain in the spotlight over the activities of the policemen, many are of the view that it is truly time to reassure the people of Bayelsa that the Police remain their friends and not their fiends. 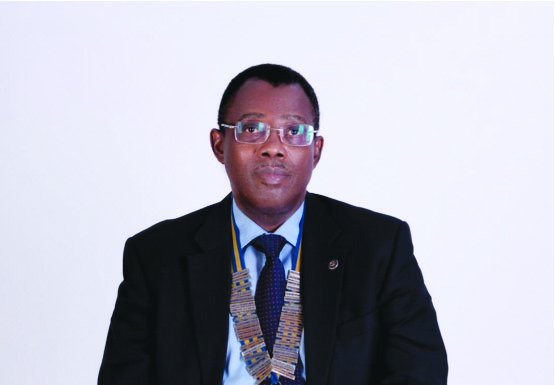 If We Get People in Power into Rotary, Nigeria ‘ll Be Better