The House Committee on Aviation has condemned the slow pace of work at the new terminal in the Murtala Muhammed International Airport (MMIA), Lagos, noting that indications are that the project slated for completion by the end of this year will not be completed on schedule owing to the slow pace of work.

The terminal is part of the four terminals being built at the nation’s major airports in Lagos, Kano, Abuja and Port Harcourt with a $500 million loan facility.

The House also directed that the Federal Airports Authority of Nigeria (FAAN) should improve facilities at the Lagos airport international terminal ahead of the huge passenger traffic during the Christmas festivities.

The House Committee on Aviation during its oversight, on-the-spot inspection of facilities at the international terminal observed that the chillers were not working effectively and there were also reports of frequent power outages at the airport.

The House Committee on Aviation Chairman, Hon. Nkiruka Onyejeocha told THISDAY in an interview at the weekend that in carrying out its oversight functions, the House would ensure that the right things were done to improve safety and comfort of air travellers in the country.

“We came hard on FAAN on the issue of the new terminal being built by the Chinese at Lagos airport. This is because from the agreement between Nigeria and China that terminal is supposed to be handed over by December, 2016 and from what we saw, no magic will make them deliver it by the end of the year. So we directed them to make sure they improve the pace of work on the project. This is because we know that the slow pace of work has nothing to do with the federal government budget appropriation,” Onyejeocha said.

She said that the motion raised in the House to carry out the inspection of the Lagos airport was prompted by complaints from Nigerians that facilities at the airport were degenerating and that urgent action needed to be taken to halt the decay.

“We inspected the facilities and from what we saw, the way they painted the picture to us before our inspection was a bit exaggerated. Most things are not functioning properly but not as bad as they painted. It is good we went for that oversight. There was allegation that the roof at the terminal was leaking and for the chillers we asked them to ensure they are improved on because of the heavy traffic we will expect during the Yuletide and then the weather would be warmer than it is currently. So we asked them to make sure that the chillers are working,” Hon. Onyejeocha said.

She said the House commended the Nigeria Airspace Management Agency (NAMA) for ensuring safe flight operations in the country but urged it to ensure that high safety standard was maintained despite the recession.

“So our on-the-spot assessment in Lagos was very timely because as we are experiencing economic recession, it is pertinent that everyone is kept on his toes to ensure safety is not compromised because these are challenging times. So no matter how much money we are losing; no matter the level of devaluation of our currency, you cannot compromise on safety standards. We implored them to ensure they do not cut corners because of the economic issues we are facing. Recession is not an excuse to cut corners,” Onyejeocha said. 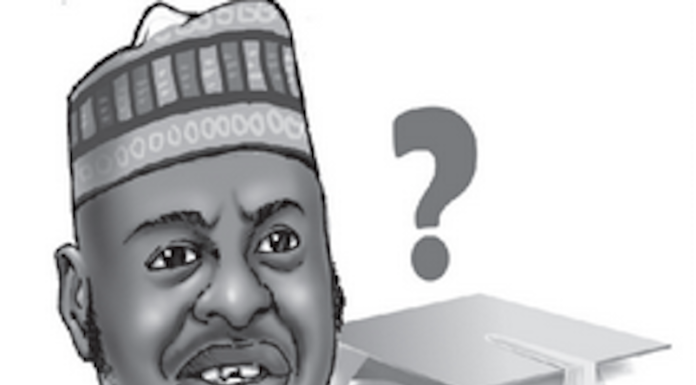