The firepower of the ground troops and joint air operation of the Multinational Joint Task Force (MNJTF) monday forced a massive defection and subsequent surrender of 240 remnants of the Boko Haram terrorists.

The terrorists were given a run for their money during the Operation Gama Aiki, the codename used by the MNJTF and they not just surrendered but also dropped their arms and ammunition.
It was gathered that they had surrendered following the sustained offensive operations and blockage of logistics supply routes, which made the terrorists’ locations untenable.

According to Colonel Muhammad Dole, the Chief Military Public Information Officer, it was a result of the sustained offensive that the Boko Haram suspects and their families abandoned their locations and surrendered with their arms to the nearest locations of the ground forces in the operation areas.

He said: “The recent wave of mass defection took place in Sector 2 Area of Responsibility (AOR) Bagasola in Chad.

“A total of 240 Boko Haram terrorists surrendered; some of them with arms and ammunition. They are being profiled and camped in Bagasola.

“During his operational visit to Sector 2 AOR, the Commander MNJTF, Major General Lamidi Adeosun, addressed the e-Boko Haram terrorists and their families.

“The Commander commended the leaders of the ex-Boko Haram terrorists for their courage and taking the right decision to abandoned terrorism and insurgency for normal life.

“He assured them of safety and good care as long as they remain in the camps. He also urged them to encourage their colleagues in the bush to stop fighting and join them in the camps.

“This peaceful disarming and profiling of the ex-Boko Haram terrorists by the MNJTF forces, clearly demonstrated extent of professionalism and adherence to International Humanitarian Laws and Laws of Armed Conflict in combat operations.

“The Commander MNJTF donated token cash for purchase of two cows and 10 bags of assorted food stuff for each of the two groups for the welfare and up keep of the ex-Boko Haram terrorists and their families.

“This brings to the total number of surrendered Boko Haram terrorists to MNJTF troops in sector two to 464.

“While addressing a team of international non-governmental organisations operating in the camps, the vommander praised their commitment and sacrifice in discharging their humanitarian duties.
“He implored them to mobilise more resources and manpower, as more Boko Haram terrorists are expected to defect and join their colleagues in the camps.

“The ex- Boko Haram terrorists are expected to receive trainings in different skills and small businesses as scheduled by government agencies and NGOs.

“In another development, the Commander MNJTF made presentation of cash to representatives of officers and soldiers who were killed in action and wounded in action during Operation Gama Aiki.
“As part of encouragement and alleviation of suffering to the victims’ families and wounded personnel, the headquarters, MNJTF made provisions of one million CFA for each family of KIA and five hundred thousand CFA only for each wounded in action in the battle field.

“During the presentations in sectors two Bagasola (Chad) and sector four Diffa (Niger), General Adeosun prayed for the souls of the departed colleagues for the supreme sacrifice they made in the service to humanity and praised the courage and bravery displayed by the WIA.

“He equally consoled the families of the KIA and prayed for quick recuperation of the wounded in action. In Sector Two Bagasola, the Commander was accompanied during the visit to ex-Boko Haram terrorists camps by the Coordinator/Chief of Staff of the Chadian Ground Forces and Red Barrettes, Major General Ismael Hour, Deputy Commander, MNJTF, Brigadier General Musa Muhammad Djour and Senior Prefect of Bagasola.” 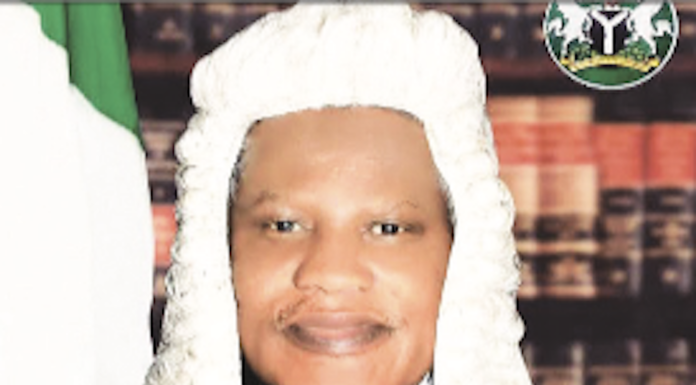