The Special Fraud Unit (SFU), Milverton, Ikoyi, Lagos, has arrested a suspected fraudster, one Babatunde Oyebode, for allegedly attempting to not just blackmail oil moguls, Femi Otedola and Wale Tinubu, but to also swindle them.

Tinubu is the Chief Executive Officer of Oando Oil and Otedola is the Chairman of Forte Oil.

Other victims of the syndicate are a lawyer, one Ivie Omoregia, and one Dapo Balogun.

The suspect was arrested based on three different petitions made to the SFU by different persons who had in one way or the other, fallen victim to their wiles.

According to information made available to THISDAY, the suspect, who parades himself as a website designer, along with several others who are on the run, were engaged in the act of blackmailing high profile individuals.

The 23-year old school certificate holder who resides at 6th Avenue, FESTAC town, Lagos, was accused by the petitioners of fraudulently running a website, naijagistlive.com to send threat messages to high profile businessmen and Nigerians, demanding for money to pull down negative stories about them from the website.

Police investigations had revealed that the modus operandi of the syndicate was to publish unsavoury stories about high profile personalities on their website to force them to part with large sums of money before they pull the story down.

On Otedola’s case, the website had published a story painting him as a serial cheater , who turned his office into a brothel.

Thus, in his petition to the SFU, Otedola said the story portrayed him as an irresponsible man who cheats on his wife, adding that other parts of the story talking about his wealth, led to threat to his life by kidnappers.

The police also said preliminary investigations had revealed that the suspect, in conjunction with others , were in the business of using Photoshop, an editing tool, to superimpose nude pictures of unidentified persons with high profile persons in the society. 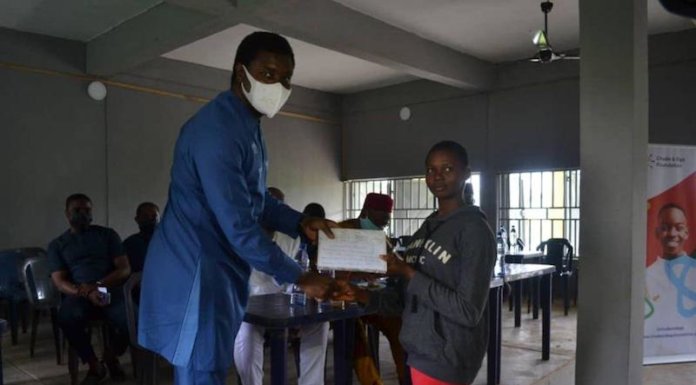