In this analysis, James Emejo and Olaseni Durojaiye x-ray the implications of the recent directive by the Central Bank of Nigeria (CBN) to commercial banks to forthwith, suspend the granting of dollar-denominated loan facilities to customers as it continues to seek measures to halt further depletion of the foreign reserves and rising NPLs

In yet another unprecedented and bold decision adopted to live up to its primary mandate of price stability, curb the increasing pressure on the local currency and save the depleting foreign reserves from further slump, the apex bank last week ordered that bank customers who do not earn foreign exchange should henceforth be denied access to dollar-denominated loan facilities.

CBN Director, Banking Supervision, Mrs. Tokunbo Martins, had explained that the decision was taken in view of the continuous depreciation of the naira and subsequent rise in banks’ foreign currency exposures in naira terms.

The situation is believed to have direct effect on the country’s foreign reserves largely because the value of every naira is backed up by the dollar-and the continued depletion of the reserves has far-reaching implications locally and internationally.

However, at a period when companies are shutting down as a result of scarce foreign exchange to import their raw materials for production, the stoppage of dollar loans to those who do not earn foreign exchange should ordinarily be a source of worry to industry observers and financial analysts.

Experts, who spoke with THISDAY on the development, unanimously expressed backing for the apex bank’s policy initiative.

President, Manufacturers Association of Nigeria (MAN), Dr. Frank Jacobs, said the directive might not necessarily affect its members as the CBN target appeared to be towards arresting the dwindling reserves.

According to him, “I think it is a good decision if you consider that the country’s foreign currency is fast depleting. The measure may be a way to further avoid exposing the country and its currency to pressure from the dollar especially if you consider that the state of the country’s foreign reserves. I have not spoken with the people at CBN, but it could also be another way to encourage people to look inward in line with the economic diversification policy of the government. We’re in a recession; people should learn to look inwards.”

On whether the policy would impact members of the real sector, Jacobs stated: “I don’t think so. The real sector is already mindful of the implication of borrowing in foreign currency; we know that it is better to borrow in Naira as against foreign currency when no one is certain about the exchange rate.”

In the same vein, at its recent Annual General Meeting (AGM) in Abuja, Chairman, PZ Cussons Nigeria Plc, Chief Kolawole Jamodu, had declined a recommendation by shareholders for the company to source forex alternatively from its foreign partners in order to import needed inputs for local production.

Jamodu had argued that such adventure was capable of “killing” a company, particularly if it does not earn forex.

Economist and ex-banker/Managing Director, Bristol Investment Limited, Dr. Chijioke Ekechukwu, posited it was even wrong for businesses to borrow in foreign currency at a period of rising inflation.

According to him, “During a period of Inflation and a decline in the value of a local Currency, say, Naira, it is a wrong time to borrow in a foreign currency-denominated loan facility. The major reason is that loan that is borrowed in a foreign currency even at inception of the facility is already borrowed at a loss.

“This so because many times these facilities are long-term loans which run for up to three to five years. At the period of repayment, the value of the local currency would have declined in value by over 300 per cent. Ab initio, the borrower will be unable to repay and therefore default. The second reason, which is not an economic reason is to say, if you must need a loan in foreign currency, you must be a contributor to the foreign reserve through your export proceeds. I however do not think that it should be a blanket policy or sacrosanct.

“This is because not all foreign-denominated facilities are for production for export. Some are for infrastructure or for the acquisition of assets and have good sources for cheap funds. I do not think the CBN should continue to stifle the market with such policies. They should indeed liberalise it further by allowing the market to play out its capabilities and capacities.”

According to him, “Many banks have granted their customers dollar denominated loans while their cash flow and repayment source is in naira. Major short-term advantage is improved dollar liquidity and single digit interest rate on dollar loans as against highly expensive, double-digit naira loans. However, due in large part to depreciation of naira exchange rate as well as persistent excess demand for dollars, loan repayment become difficult or near impossible. More so, loans granted in dollars were largely booked without hedging against exchange rate risk.”

He noted that, “With Nigerian economy in recession, even naira loan repayments are becoming difficult. This poses the risk of worsening non-performing loans, already at 11.7 per cent, above 5 per cent CBN maximum risk tolerance level per recent CBN June 2016 financial stability report. Over time, key CBN prudential ratios like capital adequacy and liquidity ratios may be difficult to be met by banks exposed to dollar loans without commensurate dollar cash flow. Without dollar cash flow, banks should not grant dollar loans as repayment will be almost impossible at this time.

“One reason for taking dollar loans could be to mitigate currency risk exposure for transactions in foreign currency. Another motivation for those who seek dollar loans could be to have the relatively stable and strong greenback as a store of value given the volatility associated with the value of the domestic currency and the fact the naira keeps weakening by the day.

“However, the practice is not in the interest of Nigeria as it amounts to dollarisation of the economy. It is also important to recognise that the dollar is not a legal tender in Nigeria and therefore should not be encouraged as a medium of exchange within the shores of the country. So, I support the measure taken by the CBN. Doing otherwise would be reinforcing a dangerous trend among some organisations in Nigeria already known for conducting their transactions in foreign currency.”

Further reacting to the directive, an executive at the Lagos Chamber of Commerce and Industry (LCCI) who preferred anonymity explained that, “credits risk is too high for any foreign currency-denominated bank facility at the moment, except it is for export business.”

According to him: “Any good credit judgment will not support foreign currency-denominated loan, chances of default are high unless it is for export business and that’s talking from the standpoint of principles of borrowing.

“The CBN may have adopted the measure to ease pressure on the country’s foreign reserve. The current economic situation requires drastic policy measures that are taken and you will recall that the CBN has been adopting some policy measures that are unconventional in recent times in order to reduce demand pressure for foreign exchange. You will recall that some banks have also stopped dollar spending on Naira debit cards.” 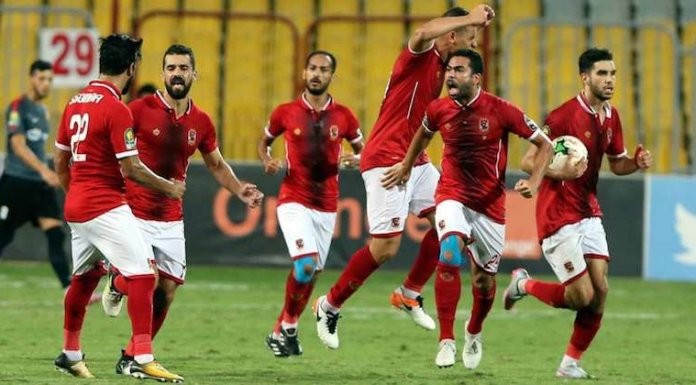