The two judges were summoned to the Lagos office of the commission, where they were quizzed by top operatives.

THISDAY gathered that the two men arrived the EFCC office at 10.05 a.m. and were immediately ushered into the interrogation room. It was unclear if the judges were detained by press time.

The invitation of the judges came barely four days after the EFCC said it was probing eight judges and two court registrars.

The commission also said another judge under probe had secured a Federal High Court order to stop further investigation.

The EFCC said it had been in court trying to vacate the injunction of the Federal High Court.

It however said those being investigated by the EFCC were not part of the nine judges already grilled by the Department of State Services (DSS).

But it was the turn of the two judges monday while others are awaiting the invitation of the EFCC.

The EFCC had on March 9, 2016 arraigned Tarfa and Nwobike, before a Lagos High Court on allegations of offering gratification to public officials.

“The judges arrived at the commission’s Lagos Office at 10.05 a.m. yesterday following an invitation letter the EFCC extended to them.

“Their invitation was sequel to the bribery and money laundering allegations the commission discovered during investigations in an ongoing case in which two senior lawyers have already been arraigned in court.

“The EFCC on March 9, 2016 arraigned two senior lawyers Tarfa and Nwobike before a Lagos High Court on allegations of bribery and offering gratification to a public official.

“Nwobike and Tarfa are facing criminal prosecution for allegedly offering gratification to Federal High Court judges to refrain them from exercising the duties of their office.

“The judges are currently being attended to by operatives of the commission.”

The charges against the two lawyers were as follows:

· That you Ricky Tarfa (SAN) on the 29th day of January 2014 in Lagos, within the jurisdiction of this honourable court, intentionally gave the sum of N1,500,000 to Hon. Justice Nganjiwa Hyeladzira Ajiya of the Federal High Court directly from your Zenith Bank Account No. 1002926967, in order that the said judge refrains from acting in the exercise of his official duties.

· That you Rickey Tarfa (SAN) on or about the 15th day of December, 2015 in Lagos, within the jurisdiction of this honourable court, intentionally gave the sum of N500,000 to Hon. Mohammed Nasir Yunusa of the Federal High Court indirectly through Awa Ajia Nigeria Limited’s Account No. 0000971941 domiciled in Access Bank Plc belonging to Hon. Justice Nganjiwa Hyeladzira Ajiya in order that Hon. Mohammed Nasir Yunusa refrains from acting in the exercise of his official duties.

· That you Dr. Joseph Nwobike (SAN) on the 28th day of March 2015 in Lagos, within the jurisdiction of this honourable court, intentionally gave the sum of N750,000 to Honourable Justice Mohammed Nasir Yunusa of the Federal High Court directly through your United Bank for Africa Account No. 1002664061 in order that the said judge refrains from acting in the exercise of his official duties and thereby committed an offence contrary to section 64 (1) of the Criminal Law of Lagos State No. 11 of 2011.

Other judges that were arrested had already been suspended by the NJC, pending the approval of the council’s recommendation on them.

They are a former Chief Judge of Enugu State, Justice I. A. Umezulike; the Presiding Justice of the Court of Appeal, Ilorin Division, Justice Mohammed Tsamiya; and a judge of the Kano State High Court, Justice Kabiru Auta.

The DSS said it recovered large sums of money in Nigerian and foreign currencies from three of the judges during the raid on the houses of the seven judicial officers.

All the seven of them were released on self-recognition by the DSS.

However, two judges of the Federal High Court, Abuja – Justices Ademola and Dimgba – currently under investigation by the DSS resumed sitting yesterday, days after the National Judicial Council (NJC) described the raid of their residences as illegal.

Both judges presided over cases slated to continue yesterday at their respective courts.

Ademola presided over the cases: Federal Government of Nigeria versus Abubakar Mohammed, and ANOR, while Chukwudi Obiakor versus IGP and ANOR, among others.

Although the court registrar in Justice Dimgba’s court refused to disclose the cases over which he presided, it was confirmed that he resumed work, reported the online news medium, The Cable.

After his arrest and release on bail, Justice Ademola alleged that he was coerced at gunpoint by DSS operatives into making a confessional statement.

In a letter dated October 11 and addressed to Justice Mahmoud Mohammed, the Chief Justice of Nigeria (CJN), Ademola claimed that he was arrested by the DSS because he granted the former National Security Adviser (NSA), Col. Sambo Dasuki (rtd), who has been in DSS detention for a year, bail and freed Nnamdi Kanu, leader of the Independent People of Biafra (IPOB).

“On the money recovered in my absence, they were unable to tell me the exact amount recovered,” he said in the letter.

Ademola also said he saw his arrest as revenge from Mr. Abubakar Malami, the Attorney-General of the Federation (AGF), whose arrest and detention he ordered for professional misconduct when he was a judge in Kano between 2004 and 2008.

Also, Dimgba, who was not arrested by the DSS but had his house ransacked, said a judgment he was meant to deliver the following week was carted away.

The invasion into Dimgba’s home followed his berating of the DSS in open court.

But as the crackdown against judges continues, the Presidential Advisory Committee Against Corruption (PACAC) has defended the DSS, saying the security agency has the right to arrest the judges without a warrant and can validate such warrant after the arrest has been effected.

This is coming after a presidential legal review also defended the arrest of the judges by DSS.

Speaking at its first media briefing, the Executive Secretary of PACAC, Prof. Bolaji Owasanoye, explained that there are instances where arrests could be made without recourse to a warrant.

He argued: “There is no where that says judges cannot be arrested. The DSS has the power to arrest. The National Security Act empowers them to do so.

“You can arrest without a warrant and validate it later. A warrant can be applied any time including Sunday and Saturday. You come at a time you meet the person. It is in the law.

“The law allows you to use reasonable force if the owner of the house resists. In this instance, they have followed the law.

“The fact that it is happening for the first time does not mean that it cannot happen. If Saraki can have his day in court, why not a judge.

“In some of the cases, we have advised that government should make them justify the money or refund it. The Halliburton case is a reference. The files are with them. You must prove performance.”

According to Owasanoye, many of the orders given by some judges were odious but appealable and they had been appealed. However, he did not specify which orders or cases he was referring to.

“One of the judges who was notorious for such orders has been removed from the bench. Those orders are odious, they should be prevented, they are perverted orders. Virtually all of them have been appealed.”

On assets’ recovery, he stressed that the “recovered assets would be passed to a body that would manage them in the interest of the state”.

He also stated that the Presidential Committee on Assets Recovery is led by the Vice-President, with the Attorney-General of the Federation, Director General of DSS, Inspector General of Police, Ministry of Information, EFCC, ICPC, and PACAC as members.

He explained that government cannot spend the billions already recovered from looters because some of the cases were still pending in courts.

Owasanoye noted that many people had been calling on government to spend the recovered funds, forgetting that until the judicial process had been exhausted, government cannot spend the money.

He said the committee had recommended the use of plea bargain for corruption-related cases, saying, “Our laws contain provisions for plea bargaining.”

Owasanoye said, contrary to popular opinion, plea bargains are not illegal. “It is also not a trade off as claimed by some,” he maintained

“The objective is to have everybody in court. A plea bargain does not mean that there should be no prosecution. It is not a deal between the government and rich men. It is in the law, and should not be polluted in the interest of the society,” he stated.

He also revealed that his committee had held about 28 sessions with the anti corruption bodies on notable cases.

“The Malabu, Halliburton, and other cases are not going to die. We have given advisory and they will be reopened,” he said.

The committee further hinted that recovered looted assets from the former Chief of Defence Staff, Air Chief Marshal Alex Badeh, would be assigned to the Presidential initiative on the North-eastast.

In his remarks, Prof. Itse Sagay, a member of the presidential committee, said unbridled corruption in the country would have continued if President Muhammadu Buhari had not been elected into office.

The visit came at a time the judiciary is in a face-off with the executive arm of government over the arrest of judges over allegations of corruption.

The NBA, in particular, has been very critical over the manner the homes of the judges were raided, and threatened to declare an emergency.

Journalists were barred from covering the meeting between the association and Osinbajo, which held behind closed doors.

But an enquiry from the media unit of the vice-president’s office said it was a courtesy call on Osinbajo by the new executive of NBA.

“It was a courtesy call. The new NBA officers wanted to meet with him after their elections,” a source said.

Mahmoud emerged the new president of the association, following the election held in August.

OF POLITICS OF EDUCATION IN OSUN

editor - September 29, 2020 1:51 am
32
BY REUBEN ABATI I was very skeptical when the current leadership of Organized Labour in Nigeria objected to the decision of the Federal Government to... 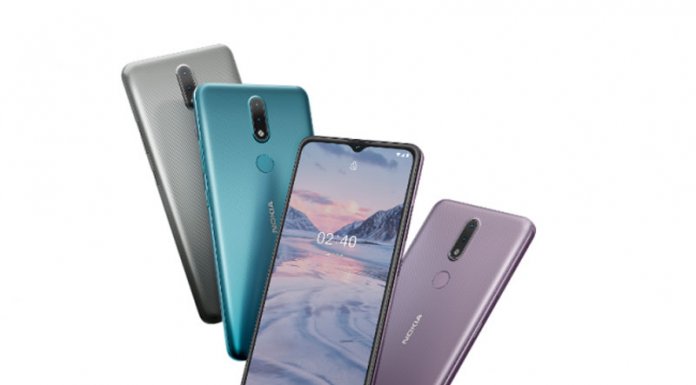