A moment of glory is turned to a debate circuit for the 75 year-old Bob Dylan who was awarded the Nobel Prize in Literature recently. The renowned singer and songwriter-whose body of works was recently acquired by institutions in Tulsa, Oklahoma- emergence as the Nobel Prize winner came as a surprise to many, particularly the betting firm Ladbroke.

Since the Swedish Academy does not release a shortlist of winners until 50 years later, Ladbroke assumed the responsibility to publish literary scholars whose works may clinch the coveted prize. In its robust list of authors and poets, Dylan name was not mentioned, not even in the shadows. Names like Kenyan Ngugi wa Thiong’o, Japanese novelist Haruki Murakami, Syrian poet Adonis and American novelist Philip Roth were heavily betted on. Thus, making the new winner a debatable subject.

The controversy is embedded in the premise of what works qualify for literature: genre or language? Indeed, Bob Dylan had penned down some prosaic lines that impressed the Swedish Academy but to give him the honourable award, literary critics argue was a slap to their faces. In the history of the award, a musician has never won the award. Last year’s winner was a Belarussian journalist Svetlana Alexievich. Dylan is the first American to win the award since the novelist Toni Morrison in 1993.

Now, having a musician win the award for most people is reducing the integrity of the award. Already, there have been backlash on the lack of female winners in this year’s edition. Also the Academy had come under fire in past editions for celebrating obscure writers whose works promote political messages.

Nevertheless, reactions on social media and mainstream are somewhat divided but it is quite glaring that majority of the literary world are not happy with the result. Dylan works; they argue does not measure up to the artistic value found in poetry and novels.

Renowned poet Billy Collins was quoted in New York Times saying ““Most song lyrics don’t really hold up without the music, and they aren’t supposed to. Bob Dylan is in the 2 percent club of songwriters whose lyrics are interesting on the page, even without the harmonica and the guitar and his very distinctive voice. I think he does qualify as poetry.”

However, Lebanese novelist Rabih Alameddine tweeted that “Bob Dylan winning a Nobel in Literature is like Mrs. Fields being awarded 3 Michelin stars. This is almost as silly as Winston Churchill. Basically if I wanted to give a Nobel Prize in literature to a poet, I will give it to a poet.” He added later: “And I do think Dylan is a good song writer.”

In its defense, the Swedish Academy argued that Dylan deserved the honour for having created new poetic expressions within the great American song tradition and having a tremendous impact on popular music. “Dylan has the status of an icon. His influence on contemporary music is profound, and he is the object of a steady stream of secondary literature.”

Sara Danius, a literary scholar and the permanent secretary of the 18-member Swedish Academy, described Dylan as “a great poet in the English-speaking tradition whose works are comparable to that of Homer and Sappho. The times they are a-changing, perhaps,” she said referencing one of Mr. Dylan’s songs.

The president of the United States Barack Obama also extolled the ‘Blowin in the Wind’ singer: “Today, everybody from Bruce Springsteen to U2 owes Bob a debt of gratitude. There is not a bigger giant in the history of American music. All these years later, he’s still chasing that sound, still searching for a little bit of truth. And I have to say that I am a really big fan.”

Meanwhile Dylan who played in the Chelsea Theatre, Las Vegas on same day he won the award made no mention of his new status to his enthusiastic crowd. He joins past winners like T. S. Eliot, Gabriel García Márquez and Samuel Beckett. The singer who hit the spotlight in 60s is known for being pilloried by critics despite his vast innovations and brilliant styles in the music industry. The Nobel comes with a prize of 8 million Swedish kronor and is given for a lifetime of writing rather than for a single work.

Dylan has also been a recipient of the Grammy, Academy and Golden Globe awards; and was inducted into the Rock and Roll Hall of Fame in 1988. In 2012, he was awarded the Presidential Medal of Freedom.

ELTON JOHN TO RELEASE FIRST AUTOBIOGRAPHY
He is known for many things but not as a nostalgic person. So when he made the announcement to publish a memoir about his ‘crazy life’, not a few eyebrows were raised.
The book which will be published by Henry Holt & Company will chronicle the singer’s expansive career and personal life in a process he’s already described as ‘cathartic’.
In a recent statement, Elton described his life as a helluva rollercoaster ride and it’s still lumbering on. The memoir will be his first and only autobiography although there are talks that the big-screen biopic featuring Tom Hardy which was announced in 2013 may still be in the works.
The memoir of the 69 year-old singer will be written with music journalist Alexis Petridis and will be released in 2019.

DRAKE RIPS MICHAEL JACKSON OFF HIS AMA RECORD
The ‘Hotline Bling’ crooner made history recently in the American Music Awards. He garnered a total of 13 nominations, smashing the late king of pop’s record of 11 nominations in a single year from 1984. Michael Jackson ‘Thriller’ earned him the coveted spot but for the Canadian singer, his recent album ‘Views’ got the highest fans votes.
Meanwhile his recent ex-girlfriend Rihanna got seven nominations and Adele and Justin Bieber tied with five each. Beyoncé and the Chainsmokers each received four nominations.
Drake is also nominated alongside Adele, Beyoncé, Bieber, Selena Gomez, Ariana Grande, Rihanna, Twenty One Pilots, Carrie Underwood and the Weeknd for the Artiste of the Year. The 10 nominees will be cut in half by 14 November based on fan votes. Voting for this category will close on November 17.
Nominees for new artist of the year are Alessia Cara, the Chainsmokers, DNCE, Shawn Mendes and Zayn. There is no overall song of the year category this year; instead honors will be handed out for best song in the categories of pop/rock, country, rap/hip-hop and soul/R&B.
Nominations are based on a metric that includes sales, airplay and social activity tracked by Billboard magazine and its partners. Winners are determined by fan votes on the show’s website or through Facebook and Twitter. The awards will hold on November 20 at the Microsoft Theater in Los Angeles on ABC.

ARMENIA SUBMISSION IN THE OSCARS DISQUALIFIED
The Academy has turned down Armenia’s submission in the best foreign-language film category, Zemletryaseniye (Earthquake).
The Academy through a spokesperson said the film did not meet up with the requirements and that there are too many Russians and an insufficient number of Armenians among the crew.
Earthquake, a $3 million disaster movie directed by Sarik Andreasyan, is a dramatized recreation of one of the Soviet Union’s most devastating natural disasters — the Spitak earthquake in northern Armenia in December 1988.
However, the Academy gives Armenia the opportunity to submit another film for consideration. 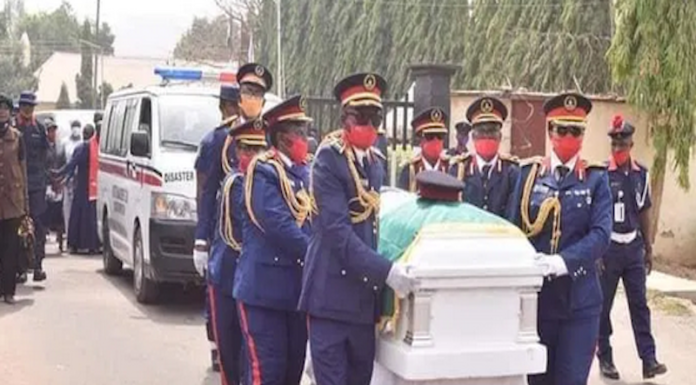