With Nigeria losing over three million dollars yearly due to the malaria scourge, experts are advocating for collaborative efforts against the disease in order to channel lost resources towards economic development. Martins Ifijeh writes

A recent claim by the Society for Family Health (SFH) that about three billion US dollars is lost to malaria yearly in Nigeria due to out of pocket treatment and prevention cost, has again brought to the fore the amount that could be saved or used for developmental activities if malaria becomes a thing of the past in the country.

The said amount, according to SFH, could pay the annual salaries of 2.2 million Nigerians when using the present minimum wage as a template. And if channeled into developmental purposes, could play a big role in the economic revamping of the country.

This is even as experts have stated that the disease is a major cause of absenteeism in schools, offices and markets, thereby significantly and negatively affecting the economic growth of the country.

In the same vein, a recent publication in Malaria Journal suggests that it accounts for poor school performance, which on the long run has a toll on the economy, despite direct financial loss to treatment, advocacy and prevention of the scourge in low and middle income countries like Nigeria.

But health bodies and stakeholders have blamed the impact of the scourge on the lack of awareness by the citizens and caregivers about how to prevent and treat malaria, adding that when people are adequately empowered with appropriate health education to change their behaviour and use of malaria commodities, it would go a long way in reducing the burden of the scourge in the country.

“Only two of 10 caregivers use Artemisinin Combination Therapy, the gold standard, to treat malaria in children under five years. While only three out of 10 children receive treatment within 24 hours when they have malaria,” SFH study shows.

Even with the treatment, the health body’s statistics show that only one out of 20 children were tested before treatment and same with adults.

Speaking during a recent interactive meeting between SFH, National Malaria Elimination Programme (NMEP) and health writers in Lagos recently, the Managing Director, SFH, Mr. Bright Ekweremadu noted that the number of lives lost, as well as the financial implication of the scourge can be prevented through adequate knowledge and information on the part of caregivers and the citizens.

He said with awareness, it would be easy for every household to own Long Lasting Insecticide Treated Nets (LLITN), which according to him prevents mosquito bites. “Without the bites, there is definitely no malaria,” Ekweremadu noted.

He decried the poor use of LLITN for those who already own it. “Despite the availability of the nets to millions of families in the country, careful study shows that only 35 per cent of owners use them,” adding that Nigerians should embrace the use of the nets in preventing themselves and their families from the scourge.

Despite the apathy in the use of nets, the SFH boss believed malaria control interventions in Nigeria has evolved over the years, and professionals in the field have made laudable strides in the campaign for the prevention, appropriate diagnosis, and treatment of the health issue.

“In the last five years, we have distributed over 54 million LLITNs in Nigeria as part of the universal campaigns to protect an estimated 29 million households. Access to free and/or highly subsidised Artemisinin-based Combination Therapies (ACTs) improved significantly, both in the public and private sectors. Also, we deployed tools for diagnosis and prevention of malaria in the country, based on evidence from researches.

“However, not all Nigerians are sufficiently aware of these creditable developments, and there still exist a huge information gap and relevant knowledge about diagnosis, treatment and prevention. Hence the need for continuous engagement of mass communication practitioners,” he said.

He noted that the Society’s goal was to reduce malaria burden to pre-elimination level and to bring malaria-related mortality to zero by 2020, adding that SFH objective includes provision of appropriate preventive measures by year 2020 to least 80 per cent of the target population

“We also hope to test all care-seeking persons with suspected malaria using Rapid Diagnostic Test (RDT) or microscopy by 2020, treat all individuals with confirmed malaria seen in private or public facilities with the effective anti-malarial drug by 2020, as well as provide adequate information to all Nigerians such that at least 80 per cent of the populace habitually take appropriate malaria preventive and treatment measures as necessary by 2020,” he added.

While calling on the media to help in drawing the attention of Nigerians to the disease and its mode of prevention and treatment, he called for the use of ACTs for treatment.

On his part, the Director, Centre for Malaria Care, University of Ilorin Teaching Hospital and a Professor of Paediatrics and Child Health, Prof. Olugbenga Makuolu, said Nigerians should stop calling the disease ‘ordinary malaria’ as it is a fatal disease that has killed millions of Nigerians.

“Malaria is not ordinary in Nigeria because it is responsible for one quarter of all infant related deaths and one third of deaths in children under five years in the country. Nigeria also accounts for one third of global malaria deaths,” he explained.

According to him, those more at risk were people suffering from sickle cell disease, poor people living in rural areas who lack access to healthcare, people who have little or no immunity to malaria like children and pregnant women, travellers coming from areas with no malaria, and people who have had their spleens removed.

While explaining that the symptoms of malaria includes fever, headache, vomiting, among others, he stated that there was no reliable symptom that can make one certain he or she has malaria. “The best practise is to have your blood tested for the presence of the parasite, because not all fever, cold, loss of appetite translates to malaria,” he said.

Makuolu, who called for mass action, especially from the citizens, media and stakeholders, said severe malaria must be treated as a medical emergency, such that the persons have to be admitted and given critical care. “Malaria should never be treated as a common ailment. It is lethal,” he stressed.

According to the National Coordinator, NMEP, Dr. Audu Bala Mohammed, malaria can, and will be reduced to zero in the country, but all interventions by the government and other partners must be embraced for it to be achieved.

He said the media has a critical role to play in educating the populace on the need to use LLITNs, need for proper diagnosis and the right use of drugs for treatment.

Mohammed, who was represented by a Director with the Federal Ministry of Health, Dr. Perpetual Uhomoibhi, said over 100 million LLITNs have been distributed across the country, but the usage was between 40 to 50 per cent. “Next year, we intend to distribute LLITN in 17 states, and we implore the people to make use of the advantage and use the nets,” he added.

Also lending her voice to the fight against malaria, Nollywood star, Kate Henshaw at the interactive meeting, decried the attitude of Nigerians who look down on the sickness or consider it with condescending familiarity despite the harm it causes.

Henshaw stated, “In those days, people spoke about malaria as if it belonged to them with expressions like ‘I have malaria,’ ‘my malaria’ and ‘ordinary malaria.’ Surprisingly, after many years, these terms are still common place among family members, colleagues, and friends, irrespective of class or level of education.”

She declared, “I have committed myself to support the fight against malaria by letting people know the benefits of sleeping inside LLITNs, especially for children under five and pregnant women. It is also very important to have a Rapid Diagnostic Test done or microscopy done to be sure it is malaria before administering treatment with Artemisinin-based Combination Therapy – (ACT.”

The actress and TV personality urged concerted action to create awareness. She affirmed, “The starting point for behaviour change is the right knowledge. Poor education should not be a barrier in this 21st Century when we have access to television, radio, internet, etc. It is time for the media to take up the challenge of creating malaria-based programmes to promote prevention, diagnosis and treatment for a malaria-free Nigeria by 2020.

“These programmes will help debunk several malaria-related myths such as ‘malaria is caused by standing in the sun, eating oily meals, witchcraft, working for too long, bad water, bad air and much more. It is time for everyone to take action against malaria,” she stressed. 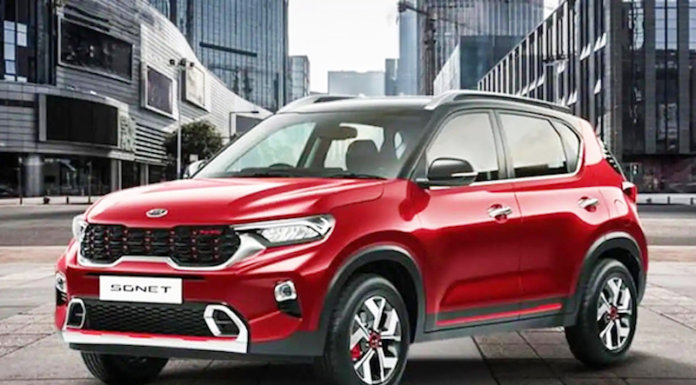