Former Deputy National President of the Nigeria Labour Congress(NLC), Issa Aremu, has appealed to the Nigerian media to stop giving generous publicity  to the insurgents’ activities in the country.

He said their continued support and coverage of insurgents’ activities posed a tendency of glorifying criminality.

Aremu also said media professionals must not in the name of “fair reporting” and agitation for “Muslim presence in the media” promote criminals by reproducing divisive sinister reports as being practiced by the Western media against the Nigerian nation.

Aremu, who is also the General Secretary of the National Union of Textile, Garment and Tailoring Workers of Nigeria (NUTGTWN), stated this a paper he presented at the maiden national conference of Muslim Media Watch Group of Nigeria which ended in Ilorin yesterday.

The labour leader who was represented by Dr. Abdul Adamu, said: “I had cause several times to complain to my friends in trust management about how they give front pages to insurgents\criminals in the name of “fair reporting” who criminally murder women and children in the name of the great religion of peace, Islam.

“I think we should not be romantic about “Muslim presence” in the media, rather, let us ask for professional presence in the media with respect to truth which is not divisible. There is no Muslim or Christian truth, truth is truth! Nigerian media must return back to the basics of the ethics of the profession especially with respect to report of crises in diverse society like Nigeria.

“Much violence has been perpetrated and spread due to unprofessional reportage and sheer disrespect for the truth. I was shocked how all Nigerian media recently reported the so-called change of leadership in Boko Haram sect. They all attributed their source to BBC which in turn never told us if its journalists were at the conference where the insurgents decided the change.

“Throughout the war of attrition in Northern Island in United Kingdom, BBC dared not carry news attributed to IRA terrorist the way it dubiously gives generous coverage to Boko Haram in Nigeria.

“But if BBC can afford the luxury of misinformation why should our own journalists, including Muslim journalists, be so unfair to the nation under local and international attack? CNN used to report Nigeria in terms of ‘Muslim North’ and ‘Christian South’, but must Nigerian media reproduce this divisive sinister report? Are we saying no Christians in the North, or no Muslims in the South? Of course our constitution never defines us as such-Muslim North and Christian South. We are citizens of the Federal Republic of Nigeria regardless of faiths and language.”

Aremu who was a member of the 2014 National Conference, called on President Muhammadu Buhari to revisit the conference   report in the archive and implement all especially with respect to recommendations on the media.

Some of the recommendations resolved by the conference, according him, is that: “The provisions of Section 22 of the 1999 Constitution should be made justiciable to enable the media discharge their constitutional obligations more effectively.” 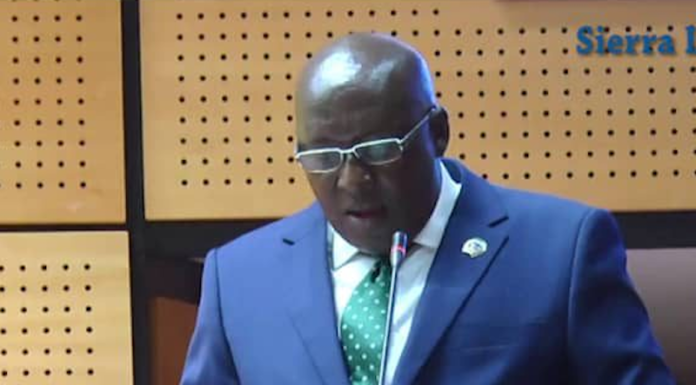