It was an evening of who is who in London’s social circle Tuesday night when the Chairman of Forte Oil Plc, Mr. Femi Otedola, and his close friend and Africa’s richest man, Alhaji Aliko Dangote, as well as other guests graced a well-attended African arts exhibition organised by Otedola’s daughters – Florence “DJ Cuppy” and Temi Otedola.

The glittering event, which was held at the famous Bonhams Arts and Exhibition Auction House on New Bond Street, London, was a showcase of the creative works of DJ Cuppy and Temi Otedola.

Guests, including their father, Dangote, business associates and well-wishers soaked in the occasion by mingling, swerving, rocking and singing along as Cuppy weaved her magical hands on the turntable dishing out different genres of music which included Afrobeat, hip-hop and pop.

The evening also featured a fashion show and a brief catwalk by beautiful models, who held guests captive with their elegance and stylish display on the improvised runway.

Perhaps not wanting to upstage his daughters, Otedola and his right hand man, Dangote, surprised the packed house by not making speeches at the occasion, but posed for photographs with as many guests who requested photo opportunities.

Speaking at the event, DJ Cuppy and Temi praised Dangote’s philanthropy and described the business mogul as an inspiration for African entrepreneurs. They commended him for his annual commitment of $100 million through his foundation.

Also, the Vice-President of Standard Charted Private Bank, Richard Pattle, commended the Dangote Foundation for partnering with the bank to promote and support African arts including the exhibition. 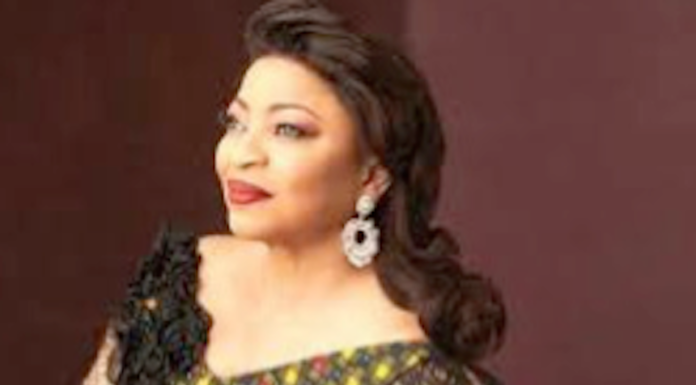