An agricultural firm, CrestAgro Products Nigeria Limited has signed a Memorandum of Understanding (MoU) with 11 cluster Fadama Cassava Growers Association as part of its out growers scheme.

The Managing Director of the company, Mr. Dele Ogunlade, who signed on behalf of the company at the occasion in Lokoja said the MoU was part of the company’s planned N20billion investment in cassava farming and processing in the state.

He said that the company as off-takers had been in negotiation with cassava farmer groups in the state, the Fadama, Cassava Growers Association and various government agencies adding, “We have reached a point where we now solidify the discussions.”

According to him, each of the farmers signed the MoU “because each farmer will be responsible for his own operations but they will have to come in through their clusters or groups for us to know where to go in case of any default.

“We are advancing cassava cultivation beyond that of domestic consumption and translating it into real business whereby we, as the off-takers are prepared to pay the farmers for their produce and provide logistics as well as technical assistance”, he said.

Also speaking at the signing, the Chief Operations Officer of CrestAgro, Mr. Leonard Ebute, said the company would address challenges of logistics, market and finance being faced by Fadama cassava farmers in the state.

“We have our out growers’ aspect which is focusing on small holder farmers in Kogi State to enable them deliver better value and access to the market. We are also currently working on the factory site which is going to handle processing.

“We are into farming ourselves to serve as a model for all the farmers. The company acquired 13,000 hectares of land on Obajana road for its cassava farming project while the processing factory of the tubers into Food Grade Cassava Starch is at Achabo village”, he said.

A representative of Synergos Nigeria, Coordinator of the programme under the aegis of State Partnership for Agriculture (SPA), Mr. Victor Adejoh said: “We are here to facilitate the linkage of small holder farmers to the market.

“Our farmers, especially those working on Fadama projects have issues with marketing. One of the key things we want to see is that as farmers begin to plant, they are guaranteed a secured market and support in terms of ensuring the best agronomic practices.

“All these will complement the efforts of the state government as well as the effort of Fadama in improving agriculture especially production of cassava and this is line with the current federal government roadmap on agriculture”, he said.

Speaking earlier, Director Crops, Federal Ministry of Agriculture, Mr. Thomas Agene said with the signing of the MoU, the era of leaving cassava tubers on the farm to rot on account of lack of market will be a thing of the past. 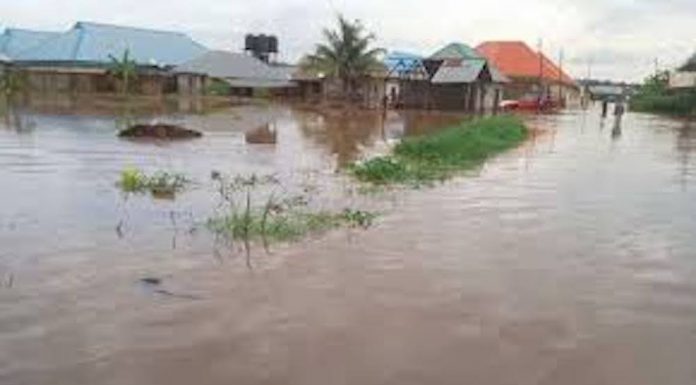