The late production of former National Security Adviser (NSA), Sambo Dasuki, in court by the Department of State Security on Thursday stalled his trial in the alleged corruption case against him and five others.

They were arraigned late last year before Justice Peter Affen of the Maitama Division of the Abuja High Court on a 22-count filed by the Economic and Financial Crimes Commission (EFCC).

Trial, which was expected to commence thursday, could not because Dasuki who is the Second Defendant was not produced in court.

At the commencement of proceedings, lawyer to Dasuki, Joseph Daudu, SAN noted that his client was not in court, a development that prompted the court to inquire from the prosecution lawyer, Rotimi Jacobs, SAN why the former NSA was absent.

Jacobs said he was surprised that Dasuki was not in court. He said his witnesses were in court and that he was ready for trial.

He said he contacted the agency in charge of Dasuki’s detention (the Department of State Services (DSS) and was assured he would be produced in court later.

Jacobs then applied for a stand-down of proceedings to allow the DSS produce the 2nd defendant in court for trial to commence, an application lawyers to the defendants objected to.

The defence team including Daudu, Olajide Ayodele SAN, Akin Olujinmi SAN, Joshua Olatoke SAN and Hakeem Afolabi SAN argued that it was wrong for Jacobs to have sought a stand-down without indicating how long.

Daudu also told the the court that the trial might not have gone on had Dasuki been in court in view of a pending motion by his client, seeking the consolidation of the two cases against him before another court.

Justice Affen adjourned the case to another date in view of the uncertainty about when Dasuki would be produced in court.

By the consent of all lawyers in the case, the judge adjourned the case to October 21.

However, after the case had been adjourned, DSS brought Dasuki to court. 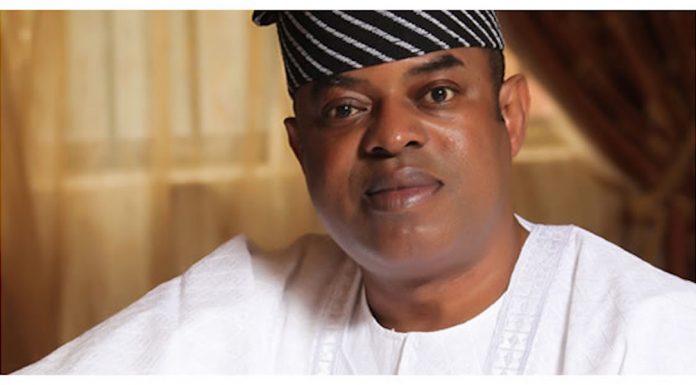