EAN Aviation, the Lagos-based business aviation services company has confirmed it has reactivated its fixed base operation (FBO) radio frequency. The base radio, which is located at EAN’s FBO in Lagos was badly damaged in a torrential rainstorm last winter and since then EAN has been working tirelessly to restore connectivity.

The restored system enables EAN to maintain continuous contact with aircraft up to 100 nautical miles from Murtala Muhammed International Airport (LOS/DNMM), and supports flight tracking as well as voice transmissions. The radio is manned 24 hours a day by EAN’s licensed dispatchers who provide aircraft departing from, and arriving into, the EAN Aviation FBO with current, local information about the flying environment.

Special requests can also be made for ground handling, fuel supply, specific equipment needs, maintenance and other services directly to the dispatchers.

EAN said it could also convey instructions on runway allocation, which is particularly important for international business aviation flights that need to land on the nominated Runway 18R for appropriate customs clearance.

“For clients making their first flight into Lagos it’s a real bonus to be able to communicate directly with our team. It gives them peace of mind knowing that there is someone on the ground monitoring their flight and able to answer their queries immediately. It also means that we can action any specific last minute requests and be fully prepared for the aircraft’s touch down,” said CEO of EAN Aviation, Segun Demuren. 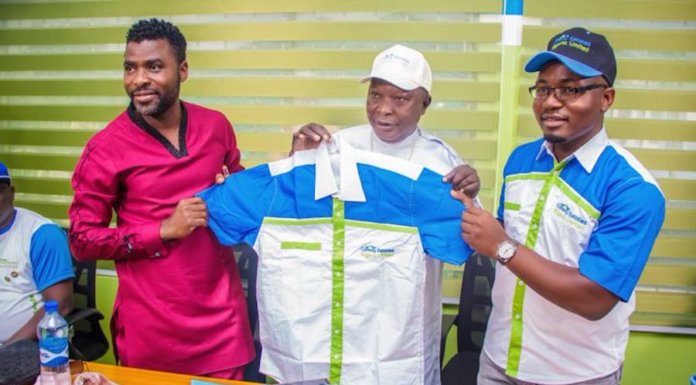