The right to health is a basic human right, one that depends on access to timely and affordable health care of appropriate quality. Yet, we know that approximately 100 million people globally are needlessly pushed into poverty every year as a result of costly health care expenditure.

Nobody should be forced to choose between seeking medical care and staying out of poverty. It is unacceptable that families, sometimes whole communities, are denied life-saving health services and forced to pay unaffordable fees for their care.

This burden is particularly felt by women, children and adolescents, who often have high needs for health care but the least access to financial resources. The needs of these populations were identified as a priority in the Sustainable Development Goals, adopted by 193 countries during the United Nations General Assembly last September.

The Tokyo International Conference on African Development (TICAD), which took place in Nairobi from August 27-28, was a moment for decision-makers to take important political steps towards Universal Health Coverage.

We welcome the commitment in TICAD’s Implementation Plan to “support UHC-related policy reform… [and] promote regional cooperation towards the achievement of UHC in Africa with the support of relevant international organisations and donors”.

The Elders, the group of independent leaders founded by Nelson Mandela to work for peace and human rights which is today led by Kofi Annan, are campaigning for Universal Health Coverage because of its basis in equity and rights. We believe that everyone must be covered, with services allocated according to people’s needs and health systems financed according to people’s ability to pay.

In our own countries, emerging from decades of colonial and military rule, we know from personal experience how important affordable, accessible and quality health care is in building inclusive, prosperous and sustainable societies.

It is essential to allocate these public resources efficiently and fairly, in particular to services that benefit the most vulnerable. Priority should therefore be given to primary health care, especially to maternal, newborn and child health services. This is the process Japan, for example, underwent in 1961 when it made its own giant leap towards Universal Health Coverage.

Sadly, many African countries are still to make this transition. In 30 sub-Saharan countries out-of-pocket costs account for nearly one third of total health financing; in some countries, such as Nigeria and South Sudan, this rises to 70 per cent. At these levels, the poor are effectively excluded from the health system. And this can have dire consequences for the population as a whole when health emergencies such as the Ebola epidemic occur.

However, other African countries are achieving impressive results. Malawi has never charged user fees in public health facilities and allocates 5.6 per cent of GDP to public health financing – above the 5 per cent target The Elders urge governments worldwide to commit to spending on health. As a result, Malawi has relatively low levels of poverty caused by health expenditure and a child mortality rate of 64 deaths per 1,000 – in contrast to 109 in Nigeria, which is seven times wealthier.

Ethiopia has made tremendous progress towards Universal Health Coverage and now provides universal and free primary health care services to the entire population through an extensive network of 37,000 community health workers. Countries like Malawi and Ethiopia prove that, even at low income levels, if governments prioritise health in their budgets, it is possible to provide free services to the entire population. In turn, this brings huge health and economic benefits.

As the development economist and Nobel laureate Professor Amartya Sen argued in 2015, Universal Health Coverage is “an affordable dream”. We applaud Japan for its leadership in promoting Universal Health Coverage to other countries and are glad that the African leaders who attended TICAD appear to have heeded Professor Sen’s words. Their challenge now is to invest substantial political capital in making this dream a reality for their peoples. 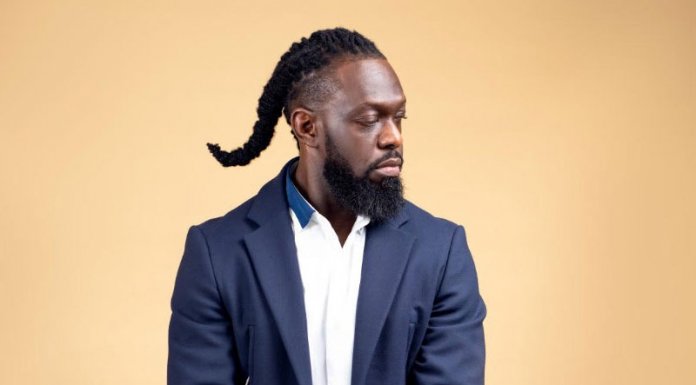 Timaya Shares the Hacks of a Wholesome Life Through “Gratitude” Album