Ribadu said such money ends up in private pockets, adding that that is the worst form of corruption in the country.

He said subsidies in whatever guise it is given, breed corruption, adding that all must be removed from the system at whatever level it is being deployed as those managing it and their cronies amassed it for self-aggrandizement.

Ribadu said he has experienced it in the oil industry, stressing that there is no reason anybody should be given public money as subsidy to go to Saudi Arabia or Jerusalem as pilgrim.
The pioneer EFCC boss who made a presentation at the ongoing 2016 Nigerian Institute of Management (NIM) in Abuja, said the biggest form of crime in Nigeria is the allocation of security vote to governors.

According to him, corruption can be reduced to its barest minimum. “This is do-able, let all of us stand up and agree that public spending must go through budgetary process and follow transparency, and padding should not also be allowed.

“Why should security vote be kept secret by governors? If you are spending to entrench peace, then there should be no secrecy about it.
“Nigerians must take a stand to say that all public money must be properly budgeted and transparent.

“No government official should be allowed to have security vote, it’s all lies and fraud. There must be transparency in the award of contract and employment. CSOs, the media and whistle blowers must be assisted by government to enable them do their work effectively as happens in India and Singapore.”

He said governance should be open and transparent, adding that a governor who has integrity will not hide anything in the name of security vote.
According to him, “Whatever, you are doing, whether you are a local government chairman, state governor or president, let it be open.”

He said Nigerians should deploy smart technologies to demand openness on budgetary and accountability as it is done abroad, stressing that every procurement process must be done online.

Ribadu said corruption could also be minimised when all cash transactions are done online. He added that there is need to reform the electoral process to stop politicians spending billions of naira in order to get to office.

“Criminals should not also be celebrated; no money should be spent by government without appropriation. Extra- budgetary spending should be criminalised and security vote should be completely phased out,” he added.

While passing vote of confidence on the present EFCC management, he said it is impossible for money recovered to be re-looted, adding that recovered funds are usually paid in to the federation account or domiciled with the Central Bank of Nigeria (CBN) as prescribed by law. 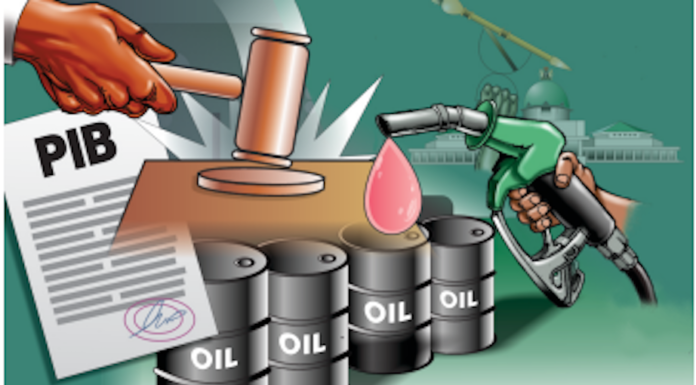