Tony Amadi
As the government grapples with the reality of recession and an unprecedented economic downturn in generations, everyone is talking about one thing: How to diversify the economy and top up the federation account with the usual billions of dollars scooped from crude oil sales when the going was good for Nigeria. Now that oil is no more as a result of the terror unleashed by mindless militants or is finished as a viable product in the long term, Nigeria has been shaken severely by its overdependence on oil as the lone product of its economy. We should wonder how our leaders from the second republic to date refused to diversify the political economy of the country and only knew how to stash our hard earned billions into their foreign bank accounts. No single one of them thought of investing their loot in Nigeria and make a difference like the military juntas of Indonesia to create jobs at home for the people.

The current president is now ready to make a difference not only by talking tough but ensuring that we can smoke out the militants but ensuring that we can make up the quota allowed Nigeria by the Organisation of Oil Producing Countries, OPEC. While time is needed for the president’s economic policy of diversification yield fruit, he must realise that the Niger Delta solution will not be achieved unless he embraces the Umar Yar’Adua Option of making peace with the war mongering militants, increase the oil output while hoping that oil prices will hit the rooftops, if ever, in the near future.

Our leaders have no idea that there are areas not at all tapped which can be used to get us out of recession in the short and long term. The music industry via the increasing impact of Nigerian musicians at home and abroad is one of the tickets the country can use to ride out of recession. For the purpose of this article, I went back to my old beat in journalism to re-examine the situation of the Nigerian music industry and found that music is one of the answers that can help Nigeria ride out of recession in double quick time.

I would therefore expect the Minister of Information and Culture and National Orientation, the one and only Lai Mohammed to prepare a memo to the Federal Executive Council, apply his convincing rhetoric used effectively to win the elections for the APC government to urge the president and the council of ministers to vote money to enable the music industry to expand its scope and propel it to international success. In the 1960’s the British government rode out of economic troubles through the music of the Beatles, the Rolling Stones and several others. That was the Swinging Sixties which with a little help from the powerful British media spread the simple but catchy music of the United Kingdom around the world and scooped money for their country.

Nigeria contributed to that UK musical explosion as the British pop music spread around the world like wild fire. Right now, Nigerian music is spreading world-wide like wild fire and all the government needs to do is provide the enabling environment. The last government of President Goodluck Jonathan was ready to do something through Nollywood and President Buhari should encourage the music industry to unleash a free flow of ‘ego igwe’ (foreign exchange) into the economy in dire need of dollars.

I spent the last few weeks immersed in the power-packed content of the new music pouring out of Nigeria and came out fully convinced that Nigerian music has become a powerhouse worth billions of dollars if the government can get out of its panic in the wake of the economic depression that it has found itself currently. I bought two dozen records of the latest crop of Nigerian music which I played in the car stereo, then listened to the avalanche of pop videos emanating from HipTV, Trace Naija, Trace Mziki, MTV Base, Afro Music English and SoundCity, and what have you. High quality production they were, and the level of creativity that came along with the videos was unimaginable. My only regret was that 99.9% of the videos were made in South Africa. Why? Why? Why?

It is either that Nigerian studios were not well equipped or that the scenic requirement to produce world class videos were not possible in Nigeria. This is where the government can chip in and provide the enabling environment such as world class studios and top film production centres. And they can then chill and watch their taxman Tunde Fowler and his people at FIRS pick up the pieces. But let me return to the music and the musicians who has made the music of Nigeria a gold mine for us to reap from. I must first pay complements to the musicians that paid the dues that the younger musicians are now reaping immensely from. Fela, Sunny Ade, Ebenezer Obey, Rex Lawson, Victor Uwaifo, BLO etc first made the foray into internationalizing Nigeria music before the likes of 2Baba or 2Face Flavour, DBanj, PSquare and lately Davido, Wizkid or Patoranking and Phyno took the music to a different level and began to grab the dollars in tons.

If the government is unaware of the impact Nigerian music is making around the world, they must shine their eyes as the local parlance goes and prepare to reap in dollars rather than our comatose naira. But they cannot reap without sowing. They must talk to the musicians and their management first to see how they can come in and help now that the food is cooking and not when it is ready for eating. I have watched hours of video of Nigerian acts playing in African countries and seen terrific scenes that were unimaginable just 10 years ago. Flavour, PSquare and others are usually treated like royalty when they tour African countries, playing in big arenas including stadia. A YouTube video of Flavour that I have seen have presidents of some African countries anxious to watch the phenomenon that are Nigerian musicians. The same goes for PSquare and as for Davido, riotous scenes were recorded in Congo recently when Davido had to cancel a concert in Kinshasa for some reason.

And the music is getting better and better. Either because of the collaboration tendencies of Nigerian musicians or whatever reason may be deduced for the vast improvement in their musical content and its marketability, the sky has become the limit for their potential achievements. And the interesting point is that in the process of creating the music, the culture of the country along with the vivacity of Nollywood is being sold to the world. For instance, Davido’s greatest hit ‘Aye’ or Wizkid’s ‘Jaiye Jaiye’ featuring the frenetic saxophone of the legendary Femi Kuti or Flavours ‘Baby Oku’ are all world stoppers.

Talking about the cultural spin off from these super hits, a new phenomenon Phyno, (Azubuke Chibuzo Nelson) the young musician from the backwoods of Enugu state who doesn’t forget that he is a product of the ghetto has fused the Igbo language into a veritable material for Rapping his way to millions of dollars as exemplified in his block buster ‘Fada Fada’ currently in the top three of Nigerian music charts of all time. Then there is Patrick Nnaemeka Okorie, better known as Patoranking who has fused the tribal sounds of his homeland of Ebonyi State into a world beater now threatening to take America and Europe by storm.

When I got an invitation from Glo to see the 2015 edition of Africa Footballer of the year award last January, I had a sneak preview of the Don Jazzy’s acts which included Korede Bello of the Godwin fame as well as Di’ja belt out some of the funkiest beats of recent memory. It was at that concert that I began to reassess Nigerian music as the powerhouse of African music. That event was again technically guaranteed by South African equipment and technicians because Nigerians were either not capable of producing events of that calibre, yet we are the ones with the music, the most important material needed in the first place to produce the show of that magnitude.

Tiwa Savage, Chidinma, Asa, Yemi Alade and several others in the female category have joined the likes of DBanj, Flavour, PSquare and others in making waves at the highest levels of the local and international music scene. I asked Vanessa Amadi-Ogbonna of VA-PR, the London based international music publicist, who has broken the international boundary to expose Nigerian music abroad what is making our music so strong in Europe and America.

“The music coming out of Nigeria has always been good but what was required was the cooperation of the international media to translate the story of this sound across to the consumers in Europe and America. That is where those of us who know and work with the media abroad come in”, she said.

“Our company roster includes a number of top international acts and I know what was required and because the music of Nigeria or Africa was good, I thought I could do something for the growth. First I worked with Genevieve and DBanj. Then Davido and Tiwa Savage and their success came naturally and today they are international property. I may be British but my parents are Nigerians and therefore I owe Nigeria something which I believe I have contributed my quota for the progress of the country by promoting Nigerian music and culture abroad. And in that respect, Nigeria is working”, she concluded.

Finally I was privileged to watch a repeat of an award night in 2015 on HipTV recently in which Senator Ben Bruce presented an award to 2Face. The award night was indeed a spectacular. Bruce talked about his experience 35 years ago when he started out in musical promotions when Nigerian artistes used to move in buses. Today, he said, they travel in private jets which means that things have turned the corner as far as our music was concerned. If our government is unaware of these developments, Mr President should do something for the industry so that we shall begin to reap a bigger and bigger harvest from a diversified economy which music is part of.

And that will add up to the depleting federation account.
—Amadi was publisher of London based Africa Music magazine in the 80’s now lives in Abuja, tonyamadi2009@yahoo.com 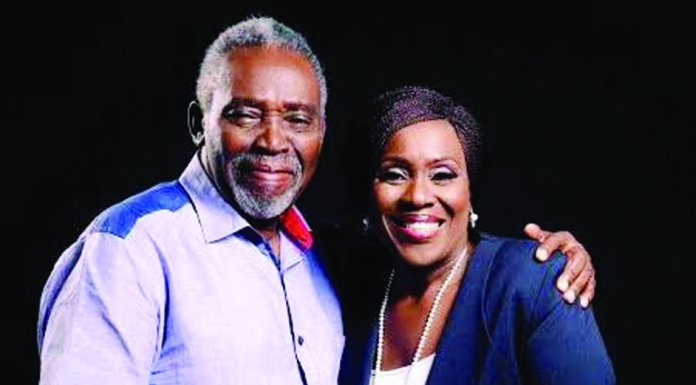