The Customs Area Controller, Tincan Island Port, Comptroller Yusuf Bashar, said that he has put ideas in place to fast-track the concerted effort of the Nigeria Customs to ensure practical trade facilitation.

He stated this at a stakeholders’ meeting comprising executives of Freight Forwarders, Tincan Island Chapter, held at the command.

According to him, the meeting was aimed at identifying grey areas that could hinder the concept of trade facilitation and promotion of international trade, with a view to proffering solutions.

He said trade facilitation can be achieved in an atmosphere of honest declaration, which will ultimately allow for a seamless flow of documentation in the system.

The Controller posited that all effort would be made to create on enabling environment for honest declarants to thrive in their business in the spirit and letter of trade facilitation.

He noted that the Service has what it takes in terms of advanced technology to monitor transactions and ensuring Revenue Leakages are blocked.

Bashar drew the attention of participants on the need to take advantage of the full automation of Customs processes and procedures for the advancement of their transactions.

Generally speaking, he charged them to be compliant in all ramifications to avoid any impediment that could be counterproductive.

The forum provided an ample opportunity for the controller to educate participants on the export potentials abounding in the country which he stated have not been fully explored.

He advised the excos to create the awareness on their respective associations so that emphasis will also be on ways of utilising the export potential of the Country in order to become major players in the economic sector as well as wealth creators, thereby surviving the presents Global economic uncertainties.

Speaking further, the controller promised to implement conduct of examinations in the terminals in two phases as a major strategy towards facilitating legitimate trade.

To this effect, the controller directed that the pilot scheme for the proposal will commence with Ports and Cargo Terminal as from September 5, 2016.

The controller had recently handed over a 40ft container of suspected expired medical devices to the NAFDAC for necessary action.

Speaking at the handover ceremony, he stated that inter-agency collaboration and synergy is a key element of the Controller General of Customs’s   change mantra and promised to promote it in his command.

In the same vein, the controller also handed over two suspects to Standards Organization of Nigeria (SON) for falsification of documents relating to SON.

In another development, the controller hosted members of the Interstate Committee on ‘Transit Goods.’

The Committee, which comprised officials from the Federal Ministry of Transport, Nigerian Shippers Council (NSC), Customs, Nexim Bank etc, were at the command to brief the Controller on their statutory responsibility, which includes but not limited to articulating policies that would promote regional Transit trade.

The head of delegation highlighted some of the challenges currently bedeviling transit trade in the region.

He stated that the committee was mandated to take a critical look at the entire issues affecting transit trade in central and West Africa with a view to ensuring that Nigeria benefits economically from it and also put measures in place to guard against diversion of transit cargo.

In his address of welcome, the Controller thanked the members for their resilience and commitment despite some seeming challenges. 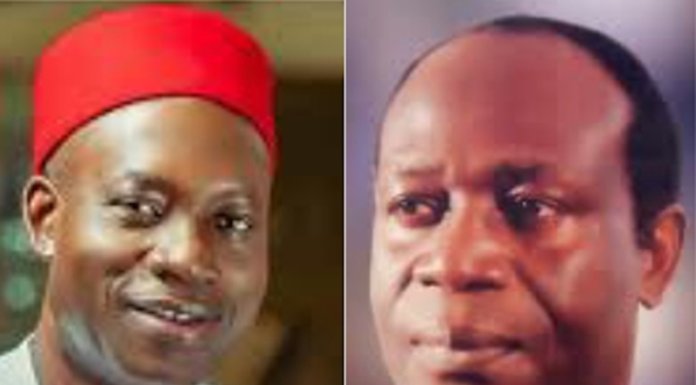