The faceoff in the House of Representatives between erstwhile allies, Speaker Yakubu Dogara and Hon. Jibrin Abdulmumin, shows no sign of abating, as it has thrown up a fresh debate as to whether the anti-graft agencies should investigate the allegations of budget padding or it should be left for the House to handle. Already, a petition has been sent to the anti-graft agencies while the State Security Service also stepped in at the weekend. Damilola Oyedele writes

The trouble started penultimate week, when Speaker Yakubu Dogara announced the removal of the chairman of the Committee on Appropriation, Hon. Jibrin Abdulmumin. Dogara had been under pressure to change Abdulmumin following allegations that he unilaterally padded the 2016 budget by allocating N4.1 billion to his Kiru/Bebeji federal constituency in Kano State.

In making the announcement at plenary, Dogara noted that while Abdulmumin had tendered his resignation, the decision had already been reached to remove him. That statement probably shattered what would have been a truce, as Abdulmumin had since launched a media onslaught against the Speaker and three other principal officers: Deputy Speaker Yussuff Sulaimon Lasun, Chief Whip Alhassan Ado Doguwa, and Minority Leader Leo Ogor.

Abdulmumin’s frequent statements and tweets presented damning allegations of fraud through budget padding against those he termed the quartet. But the House, on behalf of the Speaker, has also revealed weighty accusations of the fraud and abuse in Abdulmumin’s handling of the 2016 budget, which culminated in his removal.

Abdulmumin had thrown the first punch, when he alleged that his faceoff with the Speaker and the principal officers was as a result of his refusal to cover up their fraudulent actions, and to be silent over the allocation of wasteful projects worth N20 billion to their constituencies.

“My inability to admit into the budget almost N30 billion personal requests from Mr. Speaker and the three other principal officers also became an issue,” Abdulmumin said. In the days that followed, he raised several accusations, which included that the speaker diverted a federal government water project to his farm, and blackmailed a construction company to work on his Asokoro plot.

Abdulmumin is, however, yet to name the construction company.

The Speaker, through the chairman of the Committee on Media and Publicity, Hon. Namdas Abdulrazak, also presented damning accusations against Abdulmumin, accusing him of blackmail, abuse of the budgetary process and fraudulent insertions in the budget. Abdulrazak added that the embattled lawmaker had a high tendency to blackmail colleagues and high government officials, as well as misuse and mishandle sensitive government information. He was also accused by Abdulmumin of trying to curry favour from President Muhammadu Buhari by inserting funds for Muhammadu Buhari Film Village in his (Abdulmumin’s) constituency in Kano State and the citing of numerous projects in Daura without the consent or solicitation of the president.

This, Abdulrazak said, was an attempt to blackmail the president and allow for the allocation of N4.1 billion to his Kiru/Bebeji federal constituency.

The Speaker has since gone a step further with a threat to sue Abdulmumim, if he does not retract the claims of fraud. Abdulmumin however dismissed the threat and described it as a ploy to stop the House from hearing the matter, since according to the House rules, a matter in court cannot be heard.

Abdulmumin has also not shown any sign that he would back down. At the weekend, he released several tweets threatening to disclose other details to buttress the allegations he made against the speaker and other key officers of the House. One of the tweets reads: “I will share with you the contents of my petition to the EFCC and ICPC in due course & shall return more shocking revelations…”

He noted that this was a defining moment in the struggle to cleanse the House and the first time a member would drag 12 of his colleagues to anti-graft agencies.

Abdumumin said the case against them ranges from corrupt enrichment, abuse of office and public trust, living above means and massive movement of funds in budget.

In another tweet, the lawmaker said: “I am confident that the EFCC and ICPC will effect the arrest of Speaker Dogara and the 11 others to commence prosecution in earnest.”

Insinuating that the speaker was using his office for personal gains, Abdulmumin in yet another tweet said: “Speaker Dogara has resorted to blame of so-called external forces, are those forces responsible for moving FG projects to his farm?”

Following the weighty allegations, Security operatives on Saturday, sealed off the secretariat of the Appropriation Committee in the House and Abdulmumin’s office, a move believed to be aimed at preserving evidence.

A hint to that effect was first given by Abdulmumin in a tweet where he stated that: “On the request of my lawyers, the security agencies have promptly provided protection for the appropriation secretariat, my office and house.”

The budget padding matter has thrown up fresh divisions among the lawmakers, in a chamber just recovering from the bitter rift between two groups, Consolidation group and Loyalists group. The factions had emerged during the tussle for the leadership of the House after its inauguration.

A group, called Transparency group, have apparently thrown their weight behind Abdulmumin and called on the Economic and Financial Crimes Commission and the Independent Corrupt Practices and other related Offences Commission to investigate the Speaker and the principal officers fingered by the Abdulmumin.

The Gombe State caucus in the House, on its part, said the matter was an internal affair of the House and could be handled by the Ethics and Privileges Committee, whose mandate includes issues such as this. The caucus also accused Abdulmumin of blackmailing his colleagues with letters he had sent to them requesting inputs for constituency projects they wanted included in the 2016 budget.

The leader of the caucus, Hon. Ali Isa, at a briefing said, “If we are to talk about this ‘budget padding’ scandal, we want to tell the whole world that shortly after Hon. Jibrin was appointed chairman of the Appropriation Committee he sent letters to all members of the House of Representatives requesting them to send details of projects they want captured in the federal budget for their constituencies, and honourable members complied with his circular accordingly.

“But we are shocked and surprised that Hon. Abdulmumin Jibrin is now using these same letters to blackmail the House as guilty of padding the federal budget! What a shame!”

Former President Olusegun Obasanjo has weighed in into the issue. Obasanjo had sometime last year made public a letter in which he accused the National Assembly of corruption. The former president said the latest development had justified his position. He called for a probe into the allegations of budget padding.

A civil society group, Socio-Economic Rights and Accountability Project has also sent an appeal to the United Nations through the Special Rapporteur on Extreme Poverty and Human Rights, Prof. Phillip Alston, to request the leadership of the House to explain the alleged deliberate padding of the 2016 budget with N481 billion.

The group also wants explanations into allegations of “removal of critical projects and replacement of such projects with constituency projects, which have not only undermined the fight against corruption in the country, but also exacerbated extreme poverty and violations of internally recognised human rights.”

SERAP, in the letter dated July 27, 2016, also expressed concern about what it called the lack of transparency and accountability in the National Assembly, which is not consistent with the behaviour of an institution that is constitutionally mandated to make laws for the peace, order and good governance of the country.

Some crucial issues have been raided again, one of which is the constitutionality of constituency projects, which has been defended in some quarters as a way of ensuring equitable distribution of critical infrastructure. Some have, however, described it as a conduit pipe for lawmakers to siphon public funds.

The development has also raised questions about the conditions that encourage budget padding. Several lawmakers insist that the constitution empowers the legislature to make additions, subtractions and deletions in the budget estimates presented by the executive. Others, however, say inclusion of self-serving projects in the budget amounts to budget padding.

The face-off looks set to worsen in the coming days, and Nigerians will be following the developments with keen interest.

quote: Following the weighty allegations, Security Operatives on Saturday, sealed off the secretariat of the Appropriation Committee in the House and Abdulmumin’s office, a move believed to be aimed at preserving evidence. A hint to that effect was first given by Abdulmumin in a tweet where he stated that: “On the request of my lawyers, the security agencies have promptly provided protection for the appropriation secretariat, my office and house 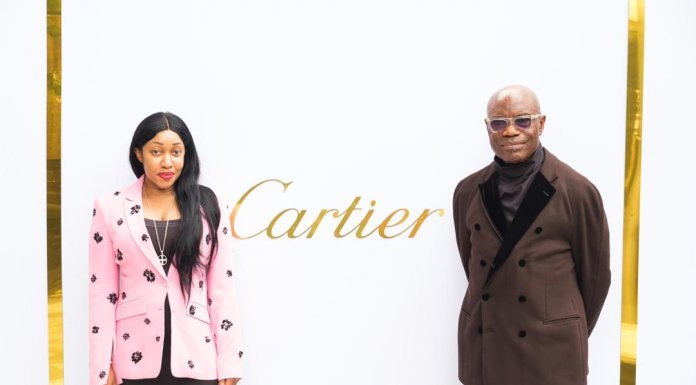