Although the Court of Appeal has ordered a status quo ante bellum in the case where the Governor of Abia State, Okezie Ikpeazu is battling to keep a seat that has been largely proven to have been obtained by false pretences, hopes are that they decide on it soonest. it is however trite that like the proverbial strong man that dispossess a child of his piece of meat and raises his hands beyond the reach of the child, when his hands starts paining him, he will bring it down for the child to recover his possession.

One interesting aspect of law is that both parties indulge in advocacy to justify their position once a brief has been perfected no matter how spurious. That is why lawyers never lose cases but clients do. In all fairness, if facts be relied on to determine who should be sitting on the coveted seat of Abia State Governor, Uche Ogah should be the person for reasons that I shall canvass.

Many have argued that Ogah laid an ambush for Ikpeazu by filing the case that ought to have been determined before the proper election but a quick answer is that nothing could be further from the truth than that. Ogah had filed his case raising the issues of Ikpeazu’s tax papers well before the conclusion of the elections and therefore does not constitute any form of ambush.

Again, whoever goes to equity should do so with clean hands quite unlike the practice where the criminally smart and crooked have their way over good men. Those  who have baved their fangs calling for blood against the move for justice that will in the a long term benefit  the largely misruled state of Abia may be doing so due to the temporary gains they are making which has been the mindset that has set Abia centuries back. It is the “smartness” of Ikpeazu and his co-travelers that has landed him in the late macabre dance as he did everything legally possible to stop the determination of the case then not knowing he was postponing the evil day for himself.

Have we, including legal luminaries that have donned their argumentative caps, forgotten that Ogah wrote the petition over the tax issue in 2014 after which he filed a suit at a federal High Court which has jurisdiction over such matters as is evident in several authorities, even from pronouncements of the apex court of the land. The jurisdiction of the court was challenged up to the Supreme Court which ruled that there was substance in the petition and should be resolved on merit after trial and returned it to the Federal High Court. The case was recommenced but Ikpeazu wrote a petition asking the trial judge to disqualify himself which he did. The case was then reassigned to Justice Okon Abang who after trial delivered the judgement when he found the claim of Ogah to be valid. So how long shall Ikpeazu run from the truth?

The pertinent question to ask is whether tax certificate is needed as prequalification criteria for one vying for such public office as governor of a state and that is answered in the affirmative as the Peoples Democratic Party (PDP) guidelines provide. If the PDP guideline is recognised by the Electoral Act in the build up to proper elections, that makes the provision of its guidelines part of the process. It is still for the same reason that parties are owners of the mandates and any candidate flying the flag of political parties in Nigeria does so for the party. It is for this reason that in substitution after elections, the next highest scorer in convention of the party automatically steps in to represent the party in the event anything denies the winner of the convention the right to continue flying the flag of the party.

This is made clearer by section 87(1), (2), (3) and (4) of the Electoral Act which makes it mandatory that candidates can only emerge from primaries of parties with the highest scorer who had met the criteria for eligibility by the said political party. Eligibility of a gubernatorial candidate under the platform of the PDP include tax certificate.

Lawyers are seen as workers in the temple of justice and have severally in judgments and workshops been told not to indulge in acts that would deny winners of cases their fruits of victory. However, being the highest beneficiaries in conflicts, they have to justify their pay, hence the deliberate jumbling of facts to massage the eardrums of their clients. In the end, they will only make excuses to them and pocket their money. While they smile to the bank, their clients count their loses after biting the dust.

Again, where did Ogah get the facts with which he filed the petition against Ikpeazu on the tax issue? I have heard people argue that it was forged, shopped  or that it was not part of what Ikpeazu filed; then my mind runs riot if they are deliberately making truth the first casualty in this contention or that they were doing so having run out of ideas.

Ikpeazu has admitted filing the tax papers but his backers argued that it was a mistake by the tax authorities that led to the mess. Then the simple question to ask is, did he file defective claims concerning his tax papers? If yes, who is to be held accountable for filing such? On whose favour were the papers prepared? Was it not to fulfil a condition that would make him eligible to contest the governorship of Abia State under the PDP? If the claims in the papers have been proved to be fraudulent, should he not also suffer for the misdirection of the people in perceiving the kind of person he is?

When has ignorance and this time around, of the content of his declaration in a tax certificate become an excuse in law? For those organising hapless women and giving them tokens to stay under the sun to protest legal victories and pledging to die than see justice implemented, is the standard that after admitting to the false claim in tax clearance certificate, Ikpeazu should be asked to continue in office and that, even with a pat on the back?

For those arguing that Ogah did not stand election and therefore should not be allowed to rule, have they forgotten the Rotimi Amaechi versus INEC? Have they also forgotten the principles of that judgment? It is that the party owns the mandate and that in the event of a candidate who had been presumed to have won an election being found to have been tainted, the second highest scorer in the primaries takes over the mandate of the party. With questionable tax papers, the import of the situation is that Ikpeazu was not qualified to fly the flag of PDP in the first place and cannot be governor. As the saying goes in law, you cannot stand something on nothing; so it would be taken that he never existed in the realm of a candidate of the PDP in Abia and in his absence, Ogah who was the rightful winner of the primary anyway, comes on to take over that mandate.

In the case of PPA Vs INEC Justice Abba Aji of the Supreme Court held that, “It is trite that for a nomination  to be valid, it must meet statutory procedure and mere proposal of a person  as its candidate  in an election to INEC  through a letter  is insufficient  and does not amount to a valid nomination“. This ruling may rightly be substituted for the Ogah Vs Ikpeazu case.

If a court of law finds that the person put forward for an election was ab initio not supposed to be so considered, what process follows the replacement of the person? Was it not to avoid a vacuum that Justice Abang on finding the tax papers of Ikpeazu to be defective which made him ineligible, ordered that the person who came second and had all his papers intact should immediately take over.

The essence of the narration so far is to bring out the fact that the case of defective tax papers of Ikpeazu was a pre-election matter which jurisdiction rests squarely on state and federal High Courts where the case was rightly taken to by Ogah and having won, should be allowed to rule the state as having made success in private business and demonstrated his feelings for the people.

To Abia people, it will take the Ogahs of this world to effect the liberation because what has been happening is that godfathers with shrunken mental map have reduced the state to the size of their brain and ego, making it impossible for the state to develop. Abia will heave a sigh of relief the day justice comes to the state in Ikpeazu being asked to vacate for Ogah to take over because it will end the rule of using the state as family business.

Before, Orji Uzor Kalu made it a family business till he fell out with Theodore Orji who has also handed the baton of his assured empire and oil well to Ikpeazu who is his puppet. The rule is that you cannot outperform your master, so Abia should not expect development unless an independent person like Ogah takes the reign of power.

Some have spoken of Abia Charter of Equity which intention is to carry everybody along in the state so that power rotation would stand. However, you need to have a state before the charter holds water; with the level of underdevelopment, only the hegemonists are appreciating while the state is depreciating. Some of those slave masters and their children have become richer than the state from managing failed hotels.

You need to have a viable state before the charter will become attractive; let Ogah who has won ascend the throne and set the pace, then equity would be brought back on the table. Let Ogah rule Abia as he has won. 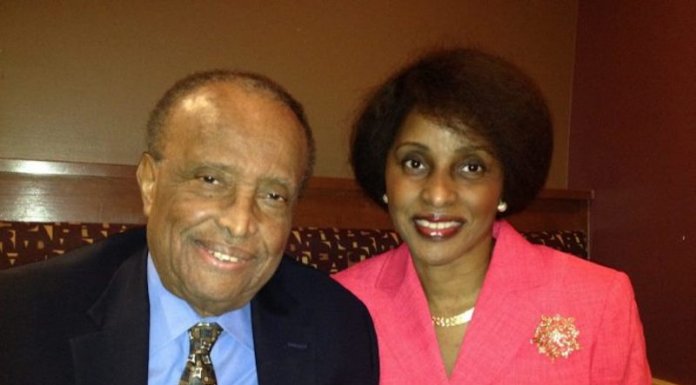