Governor of Osun State, Mr. Rauf Aregbesola has stated that African nations need to improve on the levels of their competitiveness and agricultural productivity, in a bid to tackle the problems of under-development bedevilling the continent.

Speaking at ‎the launch of Africa Business Club of the Imperial College Business School, Imperial College London, UK recently, the governor reiterated the need to identify problems of the non-competitiveness in Africa’s economy.
Aregbesola, in a statement by his Director Bureau of Communication and Strategy, Semiu Okanlawon, averred that even in agriculture which is the main occupation in Africa, productivity has been very low.
“There is also the urgent need to bring innovation to agriculture for farm produce to be converted into secondary products. For instance, our foods have remained the same from time immemorial.

“Nutritionists and food scientists should find better uses for our crops. For instance, coconut in some parts of the world has become big business, with candies, cosmetics, medicine and animal feeds providing an industry that is geometrically bigger than the old practice of just cracking the hard shell and eating the nut”, he said.

Aregbesola said while Nigeria and much of Africa are leading producers of cassava, the traditional yield per hectare has been around 10 tonnes, and while global average in 2010 was put at 12.5 tonnes, India’s average yield in the same year was 34.8 tonnes per hectare.

He stated that if Africa can double her food output from cultivating the same land size as she currently does, it is possible to eliminate hunger from the continent, saying this would require innovation in crop science, mechanisation, improved inputs and agriculture entrepreneurship.

He lamented that Africa is the least economically integrated region in the world, which is best illustrated in the pattern of trade within the continent. According to the Economic Commission for Africa (ECA) in a 2015 report, only 14 per cent of Africa’s total trade is within the continent.

He said the implication of this was that the remaining 86 per cent is with other regions.
Aregbesola noted that in contrast, North America’s internal trading stood at 61 per cent, EU 62 per cent while Central America 45 per cent, stating that the reason according to the UN Conference on Trade and Development (UNCTAD) is that Africa produces primary products and imports finished products which the continent does not produce.

The governor emphasised that this can be effectively addressed with switching from being producers of primary to secondary goods and adding values, stressing that, adding values creates a value chain that increases the momentum of development.

He said, “In our own little way, when our administration was inaugurated, we made a policy that all government’s purchases must be made within the state, except where it is absolutely necessary to do otherwise.
“This created a value chain that raised the economy of our state from bottom up and empowered people mostly in the grassroots, especially artisans. In a small way, that is innovation. If this should happen on a larger scale, continent wide, where most of government spending is retained locally, the result would be transformational in a very short time.

“Specific attempts should be made on adding value and transiting secondary producers, while tariff and non-tariff barriers to trade in the continent should be removed. There has to be creative ways of doing this. It is disheartening that more economic interaction is done informally than is done formally because of tariff and non-tariff hindrances.”

editor - September 27, 2020 4:02 am
20
SIMON KOLAWOLE BY  (SIMONKOLAWOLELIVE!) We often tell ourselves a lot of beautiful lies in Nigeria. One of my favourite is the saying: “This is not...

editor - September 27, 2020 2:38 am
6
THE ALTERNATIVE With Reno Omokri Any follower of Nigeria’s federal budget since May 29, 2015, may be forgiven if they thought that Nigeria, under President Buhari,... 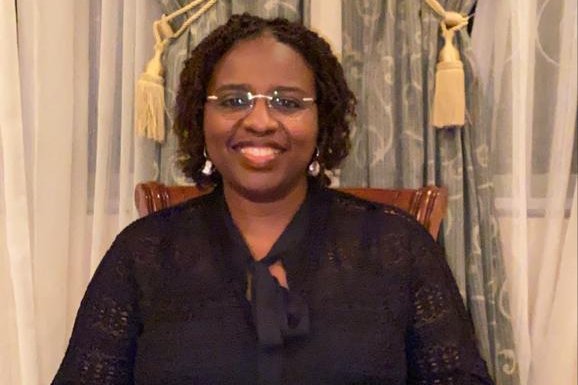