Ebere Nwoji
The board and management of Cornerstone Insurance plc, has said that full acquisition of Fin Insurance Limited, approved by the company’s shareholders last year, has not only strengthened the company’s balance sheet for its business outing in 2015, but also led to the record of N1.63billion profit after tax by the Group and growth in shareholders’ funds from N7.7billion in 2014 to N12.07 billion in 2015.
This was disclosed by the company’s chairman, Adedotun Sulaiman at the 24th annual general meeting of the company held in Lagos.

Sulaiman, also said despite the harsh operating environment in 2015, Cornerstone Insurance Company experienced a growth of 41% in Gross Premium written from N5.21 billion in 2014 to N7.33 billion in2015.
He explained that the growth was achieved as a result of improving relationships with key partners and increasing revenue from new channels.

He said concomitant with this growth was a rise in the cost of claims and insurance benefits, which were exacerbated by the deterioration in macro-economic conditions.

“Consequently, cost of claims and insurance benefits increased from N1.7billion in 2014 to N2.8billion in 2015. Notwithstanding this deterioration in claims experience, the company recorded a 10% improvement in its underwriting result, “said the Cornerstone Insurance boss.

He informed the shareholders that the company’s ability to grow its premium income and underwriting profit, in difficult circumstances, is a further testament to the long term viability of its strategy and the progress it has made in the implementation of same.

“The recognition of fair value changes on investment in major assets carried at fair value through profit or loss in accordance with IAS 39 is primarily responsible for the N332 million loss before tax recorded for the year. The Company’s retained loss for the year rose to N535million because of the addition of the minimum tax charge of N203 million for the year”.

According to him, there were also adverse changes in the fair value of available for sale securities (AFS) of about N257 million in Other Comprehensive Income caused by the impact of the poor performance of the stock market on its listed securities portfolio as well as the headwinds from monetary policies which reduced yields on the fixed income securities portfolio.

He said the excess of the fair values of the net assets acquired over the total fair values of the consideration paid and other non-controlling interest amounting to N1.83 billion was recognised and recorded as gain on bargain purchase in the consolidated statement of profit or Loss for the year ended 31 December 2015.
He said the group’s profit after tax amounted to N1.63 billion and shareholders’ funds increased to N12.07 billion from N7.76 billion in 2014.

Commenting on the company’s outlook for 2016, Sulaiman said Cornerstone company would continue to vigorously pursue the implementation of its strategic initiatives.
He expressed optimism that the focus of the federal government on the productive sectors of the economy and effective and successful implementation of the expansionary 2016 federal government budget would be favourable for insurance growth.

He also noted that with the position of the current government towards value for money, transparency and anti-corruption, the government would get a lot more value from its insurance expenses.
“The ongoing review of the Insurance Bill, the engagement on the taxation of the insurance industry, the efforts of NAICOM at sanitising the market and those of the Nigerian Insurers Association at improving awareness and enforcement should help improve the lot of the industry. These developments will play to the strength of Cornerstone,” he stated.

He noted that Cornerstone Insurance is gradually establishing a strong position in innovation and brand presence adding that management believes the market is changing and should be served differently. We would continue to innovate and improve on the quality of our service, leveraging technology to entrench differentiation, the Cornerstone Insurance boss stated. 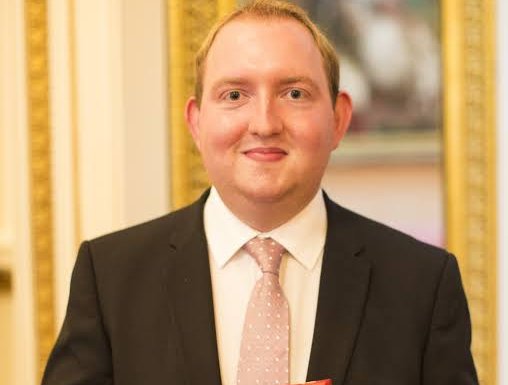