“I was nine years old when my father started sleeping with me. He called me to come, I went and answered him. Then, he now said I should lie down. I didn’t know what he was doing. He said I should remove my clothes, and I removed my clothes, then he slept with me,” Blessing, a 17-year-old teenage girl from Nigeria’s Plateau State told a team of documentary film makers.

The documentary titled ‘Hidden Scars’ was produced for the United Nations Children Fund (UNICEF) by the Media Information and Narrative Development (MIND), a Nigerian-based Non-governmental Organisation that uses media to strengthen voices that are usually unheard.

THISDAY recently had the pleasure of viewing this documentary in Abuja, and it contained very sickening challenges of Nigeria’s children who are confronted with all forms of abuses. It also leaves one asking who these abused children can trust with their stories perhaps for support?
“My father used to sleep with me when my mother is not around. I decided to talk to her, I was telling her, ‘Mummy, look at what Daddy is doing to me. Daddy is sleeping with me.’ She didn’t answer me, she refused to believe me. She said, ‘you this small girl, what do you know? My husband will not do this kind of thing to my daughter,’” Blessing said.

Her mother, she added, “just look at me like I am nobody. I didn’t know what to do. I was lonely. I have never told him to stop having sex with me because I knew what he was going to do to me if I refuse to allow him,” she stated.

Sadly, Blessing shares similar painful fate with 11-year-old Aisha from northern Gombe State who was abused in her local primary school by a caregiver.

For Aisha, her sexual abuse happened within the earliest years of her life. Her abuser, a very older male was reportedly serial in his acts in her school because as told by Aisha, he previously abused other young girls before her.

“I think I was about four or five years old when he did it to me behind the house. He removed my skirt, he laid with me. I screamed but nobody was in the place.

“Even in school, they said it…They said he had done it to another girl behind our class. He is the one that sweeps our class. His house is close to the place,” Aisha narrated how her own painful fate started.

Blessing’s and Aisha’s stories do not only indicate that there could be a flourishing trend in child abuse in Nigeria, but that there could equally be good evidence that the society may have adopted a hard-line stance not to respond to these developments.

It also reveals that even when abused children decided to speak out on their travails, their voices were often shutdown by structured efforts from the society. This way, no actions against their bullies ever succeed.

Such unfortunate narrative in March 2016 surfaced at the Queens College, Lagos, when the management of school perhaps decided it will shield its corporate image than pursue the claims of a young female JSS 2 pupil against one of its teachers accused of sexually assaulting her. The school was subsequently supported by the federal government.

Queens College was established in October 10, 1927 and is widely considered to be one of the top female schools on the African continent, but it reportedly threw its weight behind Olaseni Oshifala‎, a Biology teacher accused by a parent, Mrs. Chinenye Okoye of forcefully trying to kiss and touch the private parts of her daughter, the pupil.

According to Mrs. Okoye‎, the teacher had accosted her daughter on her way back from relieving herself just before lights out and assaulted her. She alleged her daughter screamed to attract other students but the teacher subsequently left after pretending to punish her.

Her allegation reportedly forced the college alumni to convene an emergency meeting, as well as a response from the school’s principal, Dr. Lami Amodu who pronounced the teacher innocent of the claims.

Amodu in her support of the teacher had reportedly said: “When I resumed work here, I was told a few unsavoury things about him. But investigations showed that each time a new principal resumed at Queens College, these allegations popped up. They would tell every new principal that Mr. Olaseni is a molester. But after investigations, nothing concrete came up.

“My predecessor, whom we just sent forth today, told me the same thing. So, it has been a recurring decimal, these allegations.”

She added: “There was a campaign of calumny ‎against Mr. Osifala who happens to be the best teacher in our school.”

Recently, the federal government through its Minister of State for Education, Prof. Anthony Anwukah also reinforced Amodu’s vote of confidence on and trust for Osifala when it disclosed that its investigation into the allegations yielded nothing substantial enough to indict Osifala.
It said within two weeks of investigating the allegation, it found nothing to validate the pupil’s claims, and so ruled it off.

Child rights advocates however said such development was questionable, adding that Osifala may have been handed an institutional licence to abuse just as Blessing’s mother handed her husband a license and the police gracefully gave the same license to the man that abused Aisha as she recounted in her story.

Nigerians as told by anthropologists have a reputation for talking big. The nation is that of big talkers who take every opportunity to talk big, from her politics to her football, but it would seem that it is losing its voice in the face of this looming crisis that threatens to drive the voices of a rapidly growing number of her abused children underground, leading instead to a situation of cold complicity that forces abused children to hide their scars.

Aisha aptly paints how caught in-between, an abused child can be struggling “to say” or “not to say”.

According to her, “He said I should not dare tell anyone, if I do, he will come in the night and kill me. I did not tell anybody because if I tell, I would be beaten and I might be cursed.
“How my mother found out what happened was when she went to the bathroom to take a bath. She saw that my pant was stained with blood and she cornered me in the room.
“She said if I do not talk, she will slaughter me. That was when I told her, I told her what was happening. She felt bad and started crying,” the young girl added.

Further from the documentary, Aisha’s mother who opted to report to the authorities despite the attendant stigma that easily came with such cases, did not succeed in her efforts.

She, it was disclosed wanted justice for her child, but the police in Gombe were unwilling to make it happen for her. And while she pushed to amplify her daughters’ voice and story, the police rather chose to ignore Aisha’s story in reminiscence of what may have been the case with the Queens College’s allegations which the government concluded its investigations on within just two weeks.

“We went to the authorities together and they asked me some questions. They now told my mother to keep quiet and not say anything, then I told them and they said they don’t believe me,” added Aisha in a tear filled eyes while she recounted the encounter her family had with the authorities. 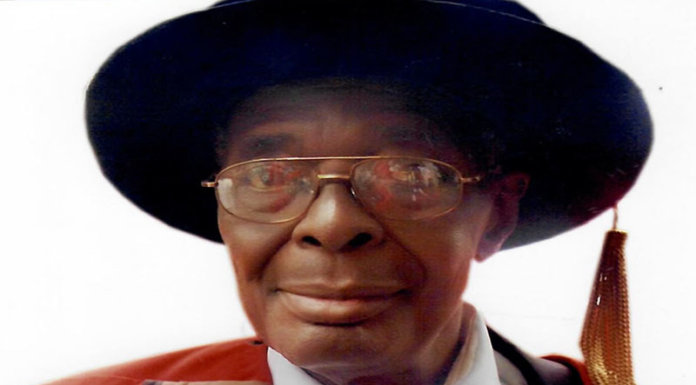