So trouble hardly spares even the anointed men of God. That is why the case of Pastor Sunday Adelaja, who oversees the largest congregation in Ukraine, remains a subject fit only for the passing sigh. A few years ago, it was Pastor Matthew Ashimolowo who was in the eye of the storm when he ran into troubled waters with state authorities in the United Kingdom over KICC’s mode of operation and his siting of the church in an area controversially marked as a reserved location for London 2012 Olympics Games.

At the end of the impasse, Ashimolowo may have been given a clean bill of health but things are never the same for the man of God whose inspirational ministry thrived before his activities were brought under scrutiny.

Now the attention has shifted to Pastor Adelaja. According to some information pieced together, it has been gathered that the shepherd of the flock, which has over a hundred thousand persons at his Embassy of the Blessed Kingdom of God For All Nations in Kiev, is under serious investigations by Ukrainian authorities as a result of some fraudulent transactions reportedly traced to a member of his church.

Not that this is new, as he (Pastor Adelaja) has been under intelligence surveillance for about three years for alleged sundry misdemeanours, bordering on his life affluence, for which he is yet to be found wanting till date. But the intensity of recent investigations has assumed a wider and more serious dimension. His larger-than-life influence appears to be waning while he has been battling tooth and nail to maintain his innocence in all the allegations for which he is being investigated. It is hoped that he will emerge victorious and unscathed by the time the whole issue winds down.

JACK OF ALL TRADES…ORJI UZOR KALU GOES INTO SHIRT-MAKING BUSINESS
There is no gainsaying Orji Uzor Kalu is an astute businessman. The former governor of Abia State understands the wisdom of daring mighty things, like a battle-hardened general spoiling to win glorious triumphs. With his peculiar genii, he livens up industry; the exploits he dares burnishes the business world even as it dulls the pointed edges of the cut-throat blades of commerce. Within a short period of time, Kalu has made a huge success of SLOK Holdings, a conglomerate comprising a number of successful companies, including the Ojialex Furniture Company, SLOK Nigeria Limited, SLOK Airlines, The Sun and New Telegraph newspapers.

As you read, the former governor of Abia State has his eyes set on another line of business. He has plunged into the fashion business and has decided to leave his imprint on the sector. He recently launched a collection of packaged shirts which he named OUK collections, saying that his desire to invest in the textile industry was borne of the need to reduce excessive importation of goods that can be produced in Nigeria. With the determination and hard work he put into his other ventures, one can be sure that his new baby will grow into a behemoth any time soon.

ONE SENATE, TWO LAWMAKERS… ON SENATOR DINO MELAYE’S SHAMEFUL SPAT WITH OLUREMI TINUBU
There is something wrong with certain segments of the womenfolk in Nigeria’s south-west region. In Lagos, Ondo and Kogi states to be precise. Like career clowns jostling for the applause of their principals in power, they recently trooped to the streets to protest perceived slights against Senator Oluremi Tinubu and controversial drama queen, Dino Melaye. Lagos and Ondo women thronged the streets brandishing placards to denounce what they termed Dino Melaye’s rude, ungentlemanly conduct to his colleague, Oluremi.

The latter, who is currently representing Lagos Central Senatorial Constituency, was allegedly bullied and disrespected by Dino who reportedly threatened to beat her up and impregnate her, a statement that has been denied. But while Senator Oluremi’s apologists thronged the streets to defend her honour and demand apology from Senator Melaye, the latter’s fans in his Kogi constituency also trooped to the streets to launch a counter protest and demand an apology from Senator Oluremi.

Kogi women have also come out saying, Dino Melaye will not apologise to the wife of the two-time governor of Lagos State and All Progressives Congress (APC) national leader, Bola Ahmed Tinubu. According to them, Oluremi should be the one to apologise to Melaye because she can’t just call someone else’s husband a dog just because they are colleagues.

They also said they were ‘proud’ of Melaye for not letting Senator Oluremi and her supporters bully him into silence. The women printed banners with words like “Remi Tinubu must apologise to Dino Melaye” and “Lagos is not superior to Kogi” and “Kogi Women support Dino Melaye” among others. Dino’s protesters also said Senator Oluremi needed to be called to order because her actions on the floor of the House were becoming unbearable.

SO SAD! AS NDDC BOSS, IBIM SEMENITARI, BOWS OUT
She is too old to cry and definitely too hurt to laugh. When the possibility of becoming substantive MD of NDDC slipped from her hands, like a dog-eared rainbow fading from the skies, Ibim Semenitari was forced to quietly accept the fact that some dreams are far more charming and enjoyable in the realms of desire. She now has to deal with the sad, bitter truth of her unattractiveness to President Muhammadu Buhari as a worthy candidate for the position.

Ibim has lost the position to Obong Nsima Ekere. This is indeed, a sad stroke of reality for Ibim who had until her replacement been courted and feted by the creme of Nigeria’s high society in frantic bid to curry her favour prior to her emergence as the NDDC substantive head honcho. Suddenly, Ibim’s coterie of friends increased and she became a darling to every notable politician, technocrat and entrepreneur seeking desperately to befriend her.

But now, like a dull actress that persistently forgets her part, Ibim has exhausted her bounds of grace, now reality bites. Indeed, for Ibim, the time for humouring her bulk is unarguably over. And this grim reality is ruthlessly roost in her psyche as you read. The last months have been tumultuous for the ballsy woman who held sway in the NDDC before her ouster. As the curtain falls on the short era of Ibim, posterity depends on Ekere, her successor, to guard and extol the glory due to Ibim or otherwise. 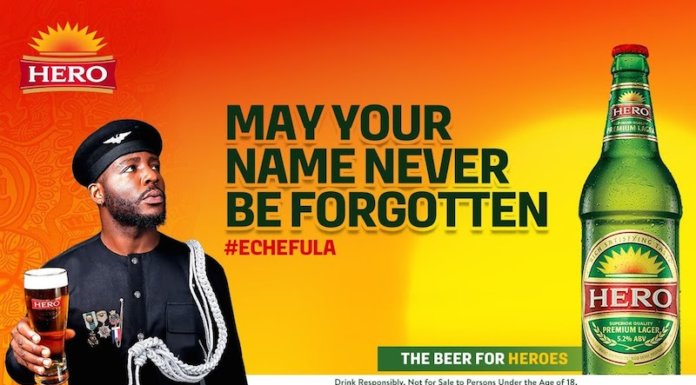 Between Labour and Opposition to Deregulation