Hon. Philip Shuaibu is the member representing Etsako Federal constituency of Edo state in the House of Representatives. The lawmaker was recently nominated as running mate to the All Progressives Congress gubernatorial flag-bearer in Edo State, Godwin Obaseki. In an interview with journalists, he speaks on the upcoming governorship contest. Anayo Okolie was there

How do you feel emerging as running mate to Godwin Obaseki?
I am very grateful to the governor, the APC state chairman, our Natiomal chairman, Chief John Odigie-Oyegun, and all the leaders that run the affairs of the APC in the state, that they found me worthy to be the running mate to our next governor, Godwin Obaseki, come September 10. It’s a clarion call for me to improve on those things they saw in me.

What new thing is the APC bringing to Edo State should Obaseki win?
I am hundred per cent optimistic, we are talking about voting-in APC to continue on the foundation already built by the Comrade Governor. Godwin Obaseki and Philip Shuaibu, were they part of this vision, were they part of the implementation of this vision? The answer is yes. Obaseki was in the Executive arm, I am in the legislative arm. Obaseki as chairman of the Economic Team was part of the blue print, he knows where the projects are, knows areas we have worked and areas where we have not worked. He knows areas where jobs are ongoing.

And from the legislative arm, I ensured that we approved the jobs while I was in the House of Assembly knowing full well that it will touch the lives of our people and the vision of the Comrade Governor and the development of APC. Because we are part of that vision, the Comrade Governor has taken it so far from ground zero to gear four, we are now going to engage gear five. And by the special grace of God we will make sure that the development gets to the next level. The governor has created environment for employment. How do governments create the environment for employment? Through infrastructure. Comrade governor has built infrastructure and by the grace of God, Godwin and I are now going to make Edo State an industrial state through agriculture and other means, to generate 200,000 jobs.

Just like some regard Oshiomhole as a radical, you are equally regarded that way in some quarters and there is this fear that you may want to commence war with some persons when you get there?
I think if there is going to be a fight which we don’t pray for, the fight will be against those who don’t want development in Edo State. We have always stood our ground and we have always fought them. I am not always scared of fighting those who want to put our development in reverse gear. So if there is going to be any fight it is going to be against those enemies of democracy because it is going to be forward ever and backward never. So the government of Godwin will be a government that will sustain development, taking it to the next level of industrialisation. So anybody that would not want development for Edo State, we are ever ready to fight such people. It is going to be a progressive fight because fighting for development is a fight that I enjoy getting involved in.

It seems your party members from Edo Central are not too happy, what is your party doing to appease them?
I think PDP are the ones blowing up this Edo Central thing. It is a creation of the PDP. Edo central is APC, they use to be PDP before the election of the Comrade governor but after the election of the Comrade governor, you saw we got 18/18. I am telling you that in this election, Edo Central, North and South are all APC, and those ethnic cards they are trying to play up – have interacted with the youths of Edo Central, with the women and progressive traditional rulers from Esan land, they are for development – so it will not work.

Esan people love development, they don’t want retrogressive government, they don’t want a government that will under-develop them like the PDP, they want good things and because they love good things they are now all in the APC. Some of them who are just there are now leaving to join APC; so it is this imagination of the PDP that they can play a smart game to create crisis among the people. I can tell you that Oshiomhole has broken the jinx by winning in all the 18 Local Governments of the state. Since then, no part of Edo State belongs to PDP and you will see it in the next election.

It is being said that the APC leadership is scared of the emergence of Ize-Iyamu as PDP candidate?
How can we be sacred of Ize-Iyamu? Electorally, Philip Shuaibu alone can take care of him. I don’t see him as a match to me not to talk of a match to Obaseki or the Comrade Governor. Ize-Iyamu was redeemed by the Comrade Governor when he was with us, before then he could not walk the streets of Benin. Ize-Iyamu boasts about Grace Group; I was a member of Grace Group, Moris and I wrote the mission statement of Grace Group. Lawrence Orka was a leader of Grace Group, Victor Ebomoyi was equally a leader. Those were people that conceived of the idea of Grace Group. Pastor in his usual, used government machinery then as SSG to Igbinedion to take over Grace Group.

That was why we decided to pay him back with Edo in Safe Hands and that was how he ran away from APC when he could not get the structure needed for him to be governor. We know him very well and he cannot take my heat not to talk of that of Obaseki or Oshiomhole or the APC. You people overrate him politically but we are glad he is running now so he can get the defeat. He comes from the same local government with our deputy governor and leader, Odubu, you will see how Odubu will deal with him that day electorally. It has happened before, may be this time he will run to APGA. Unfortunately, he is only a faction of the PDP, we have Iduoriyekemwen who is the candidate of Sheriff’s faction. But he is not a match.

APC is too big to have sleepless night over him, it is only the media that is trying to amplify him as if he will even win his village. I have contested several elections, but this is the first time Ize-Iyamu will be running for election, so what experience is he bringing rather than being a PA to Lucky Igbinedion. What are his antecedents, you people should ask him. Some of us were praying that PDP should give him the ticket but we did not envisage they were going to factionalise their party. Even at that, we have said it that if he becomes the candidate the election will be easier for us. God has answered our prayers and you will see how we will defeat him in the 192 wards in Edo State.

But are you sure people will vote APC with the current economic situation in the country?
Yes, Nigerians are aware of the issues. They can never be deceived. Have you ever seen in the history of this country since 1999 where Federal government will decide to increase the price of fuel and the masses on their own will agree that they should increase it. That shows that Nigerian people understand the issues. Nigerians are aware that the economic crisis we are in today was masterminded by PDP; and President Buhari has come to fix the problem created by PDP. And as you are aware, to destroy is easier than to build. Buhari took over at a critical time when PDP looted the treasury and ran down the economy.

That was the same way the Comrade Governor inherited Edo state when he came. All infrastructure were down, funds looted and price of oil is at the lowest level at the international market, and to worsen it are the activities of the Niger Delta Avengers. So you see the pain the man is going through to fix the country. Our people are aware of what PDP has done and they will punish them with their votes come September 10, 2016.

Our people are aware of the issues, and by the grace of God they know that Buhari is one man that says the truth and he is prepared to fix the economy. Today our GDP that is on the paper is the real thing on ground, so we are in an economy that was destroyed by PDP. The PDP created a muddy situation before Buhari came and what Mr President is doing now is taking one step at a time. Mr President is fighting corruption and like he said corruption is fighting back and those propaganda you are seeing against him today are being sponsored by those people.

But with the prayers of Nigerians to a man that is truthful to them, we will get there. Nigerians know that APC tells them to the truth no matter how bitter it is and they will continue to vote APC. Enough of pretence of the PDP. In Edo we have always dealt with them because they were so wicked to Edo people and in this election, whether it is Pastor or Iduoriyekemwen, we will defeat them with a large margin. 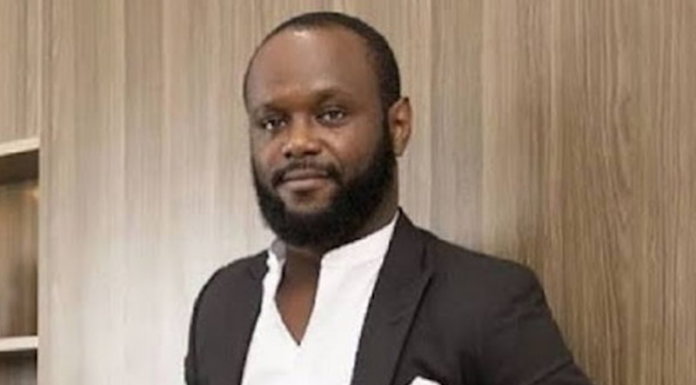