The former president also condemned the alarming rate of examination malpractices in the country, which he said, should be tackled to avoid a relapse of socio-economic order.

He expressed concerns at the disturbing level of decay in the country’s education system in a statement issued by the management of Good Shepherd Schools after its 18th valedictory service.

As indicated in the statement, Obasanjo was represented at the valedictory service by his Chief of Staff, Deacon Victor Durodola at the service held at Atan, an Ogun State community.

The former president explained that unless the entire system “is totally overhauled and comprehensively reformed, the country’s education sector will continue to decline and dwindle.”

He added that there “is need for total change in the system. We need to overhaul the education system. Unless we overhaul our systems, we will continue to have problem. The sector is just one subset of the system. Once we overhaul our entire system, every other system will fall in place.”

“It is a reflection of what the system has been all over the country. Once we are able to reform ourselves, make our institutions to be strong, then the education system will be strong,” he noted.

Obasanjo said examination malpractice was another form of corruption, which he said, “must be tackled without delay because it has eaten deep in the fabric of the education system.

“It is not only examination malpractices, look at corruption. Look at what is going on in the country now. Examination malpractice is a form of corruption. So, it deserves to be treated with some forms of iron hand and that is the only way we can take care of it; otherwise it will just continue like a wild fire. We need to arrest it fast,” Obasanjo said.

Director of Good Shepherd Schools, Dr. Adebayo Oyeyemi charged the graduating students to remain focused, work hard and strive to achieve their life’s dream of becoming great in the future as the school had instilled the gems to succeed in them. The school graduated 225 pupils and students from its primary, junior and senior secondary schools. 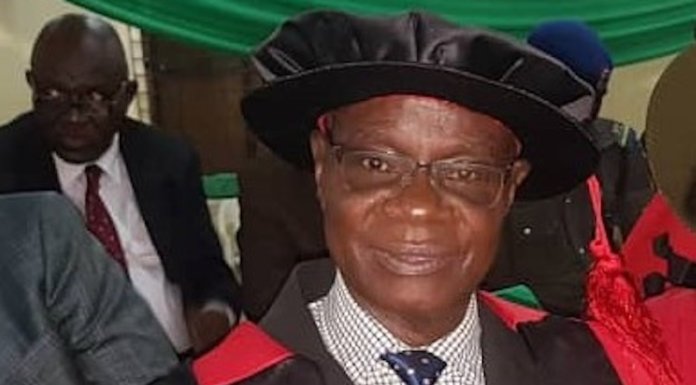