Both critics and supporters within the DNC are demanding Wasserman Schultz issue a statement to deal with the many issues raised by the release of a trove of DNC emails by Wikileaks that appeared to show the party favouring Clinton over Bernie Sanders during the primary process.

In a meeting on Sunday that was described as at times contentious, Wasserman Schultz said she wanted the statement issued in the name of Amy Dacey, the DNC’s CEO. “We said no,” said a veteran party activist involved in the discussions. “She needs to own this.”

Separately, a Democratic operative said Hispanic leaders close to Clinton and her high command were discussing Housing Secretary Julian Castro as a possible successor to Wasserman Schultz at the DNC helm. Party officials decided Saturday that Wasserman Schultz will not have a major speaking role or preside over daily convention proceedings this week.

Wasserman Schultz reluctantly agreed to relinquish her speaking role at the convention here, a sign of her politically fragile standing. But party leaders are now urging the Florida congresswoman to vacate her position as head of the party entirely in the wake of leaked emails suggesting the DNC favored Clinton during the primary and tried to take down Sanders by questioning his religion.

Democratic leaders are scrambling to keep the party united, but two officials familiar with the discussions said Wasserman Schultz was digging in and not eager to vacate her post until after the November elections. 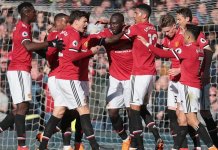 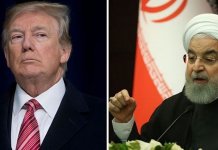 Legitimate Self-defence and State Terrorism: The Case of US Drone Strike in Baghdad and Iranian Challenge 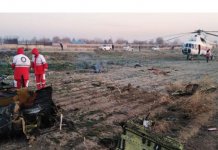 For Ogbee, a New Chapter Beckons